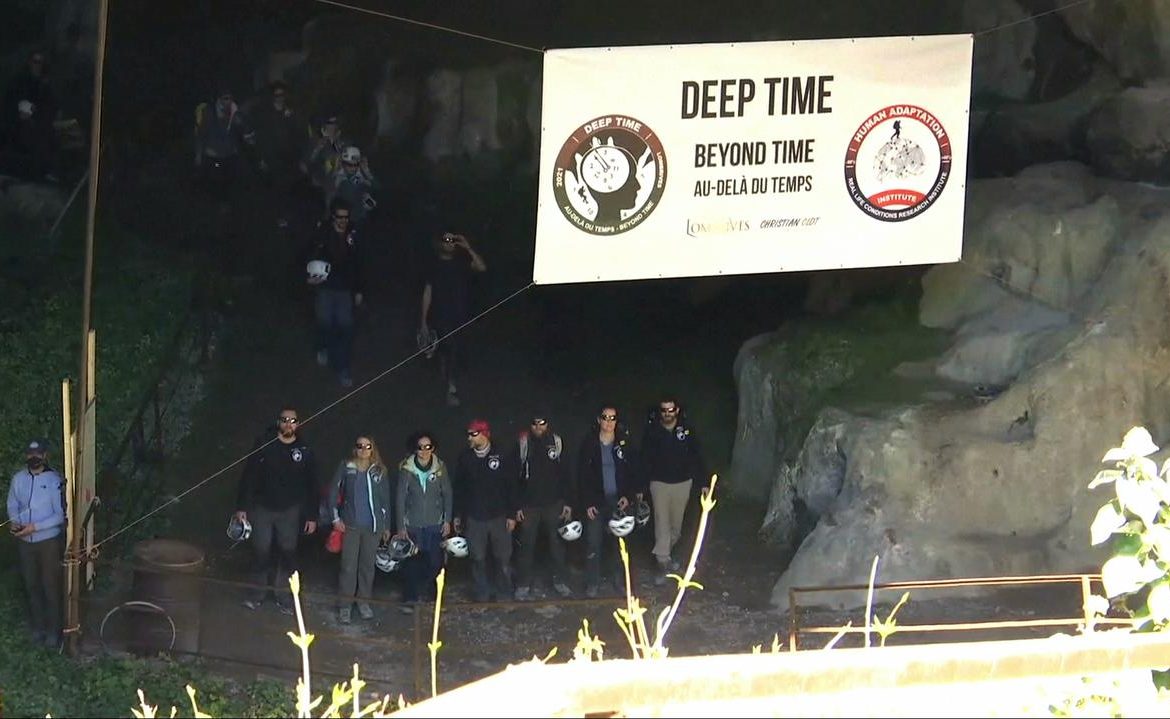 A group of volunteers from France entered the cave 40 days ago. Eight men and seven women faced a lack of natural light and timing. The study looked at the limits of human adaptation to isolation. Most of the people, despite the difficult conditions underground, declared their willingness to return inside the cave.

15 project participants (eight men and seven women aged 27 to 50) spent 40 days in Lombreves Cave in the southwest. France No phones, watches or sunlight. They were sleeping in tents with a constant temperature of 12 degrees and a humidity of 95 percent.

The study wanted to see how they would react to a loss of sense of time and space. Scientists monitored their sleep cycle, social interactions, and behavioral responses.

The Deep Time experiment ended on Saturday. The scientists overseeing the project entered the cave the day before to tell the participants that the project was nearing an end.

The participants were stunned, but they smiled, left the cave and heard thunderous applause. They wore sunglasses to get used to the sunlight.

During isolation, the group had to complete tasks without being able to schedule them in time. They relied on their biological clocks and sleep cycles to regulate their days. They had many amenities at their disposal in the cave. For example, they can generate electricity with a bicycle and draw water from a well located about 45 meters underground.

Sky News quoted Benoit Mouveau, the chronologist who participated in the study, as saying, “Although the participants looked clearly tired, two-thirds of them wanted to stay underground a little longer so that they could finish the projects that had begun during the expedition.”

Christian Clot, project leader, Franco-Swiss researcher, noticed that time in the cave seemed to flow more slowly. For most of the participants, he said, it looked like they had “entered the cave 30 days ago”. One of the volunteers, 33-year-old Marina Lancon, estimated the experience “was like putting pressure on a pause” in life.

The brain activity and cognitive functions of the adventurers were analyzed prior to entering the cave in order to collect data for comparative studies after their release. The researchers and co-authors of the study found that the project helps participants understand how humans can adapt to harsh living conditions.

The aim of the study was of particular relevance during the COVID-19 pandemic, when epidemic restrictions forced millions of people to self-isolate.

Christian Clot concluded, “Our future as human beings on this planet will evolve.” “We need to learn to better understand how our brains can create new solutions, whatever the situation,” he added.

Don't Miss it Highway: Cardiff Grand Prix has been canceled. Will the original plans fail?
Up Next Climate summit organized by the United States of America. What would Doda say? Charcoal theme included. “We have been chosen”