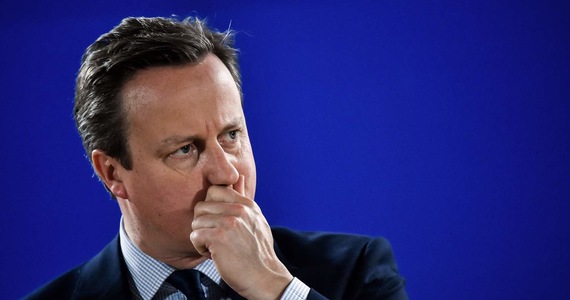 According to documents filed Monday evening in Panorama, Cameron was set to receive more than $4.5 million in exchange for a tranche of his shares in Greensill Capital. In addition to stocks, Cameron earned a salary of $1 million annually as a part-time consultant, and in 2019 received a bonus of $700,000. Gap. This indicates – as Jigsaw calculates – that in his 2.5 years of part-time work, the former prime minister made about $10 million before taxes.

Cameron has never revealed how much he earned working at Greensell Capital, though he has testified before a House of Commons committee that it was much more than being prime minister. He said in a statement to “Panorama” that his salary is private, but his spokesman on Tuesday denied the amounts. “David Cameron has not received anything close to the numbers provided by Panorama,” the spokesman said, but declined to give specific numbers.

Cameron joined Greensell Capital in 2018, more than two years after stepping down as prime minister. As a lobbyist, he tried unsuccessfully to access a loan program launched by the government after the outbreak of the coronavirus pandemic. Although the investigation showed that Cameron had not broken the law, it was controversial that he contacted members of the current government through unofficial channels, for example by sending frequent text messages to Rishi Sunak, the finance minister, or messages via WhatsApp to the then health minister. Matt Hancock.

However, the results of Panorama indicate another controversy related to Greensell Capital. The company lent nearly $5 billion to the GFG Alliance – a group of companies controlled by steel magnate Sanjeev Gupta. Employs 35 thousand. people around the world, including more than 4 thousand. In steel mills in Great Britain. Internal documents indicate that Greensill Capital was aware that GFG was in financial trouble in early 2020 because it was unable to make loan payments from Greensill. But Greensell used his own money to cover the payments GFG could not afford, leaving investors unaware of the problems. Instead of sounding the alarm that GFG was unable to repay its loans, Greensill Capital was looking for a new investor and asked the British government for access to said loan guarantee scheme. Cameron was supposed to persuade ministers to accept this request.

Referring to the subject, a spokesman for Cameron said the former prime minister was not involved in credit decisions and had no knowledge of the financial position of GFG. “He was a part-time consultant to the company – one of several – and he had no executive or management responsibilities,” he said.

Founded by Australian entrepreneur Lex Greensell, the company collapsed in March of this year.

Don't Miss it Significant drop in interest in studying in Great Britain
Up Next Germany: The Nurse Scandal. She was vaccinated with saline