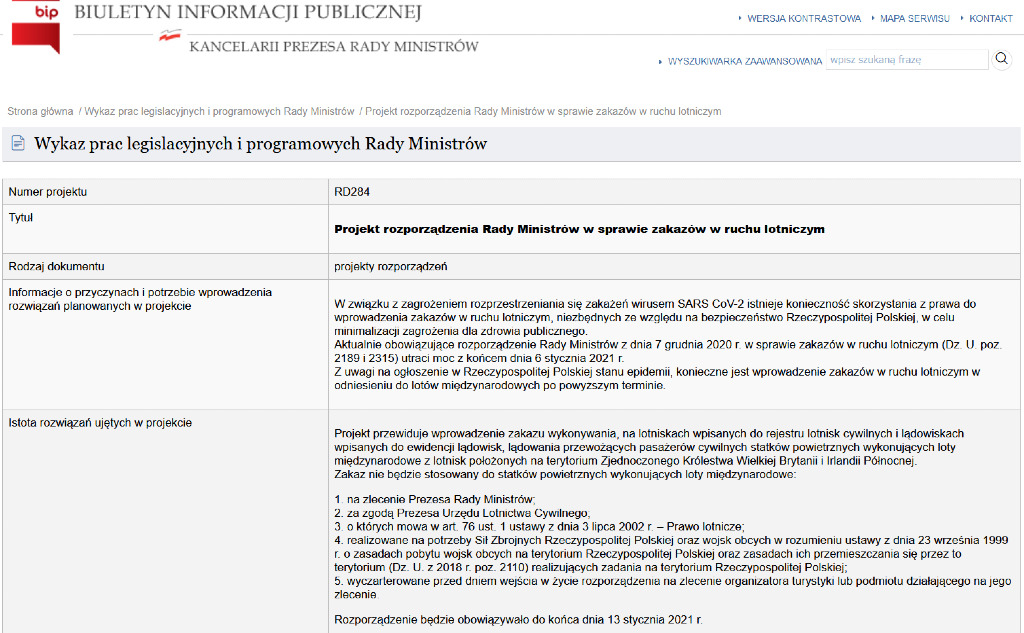 The ban on flights to and from Great Britain as of January 7 was included in the Cabinet business list. The current regulation expires on January 6, and the new law will take effect until Wednesday, January 13. There is little hope that the flights will resume on January 14th.

“The draft stipulates that civilian passenger aircraft operating international flights are prohibited from landing from airports located in the territory of the United Kingdom of Great Britain and Northern Ireland” – the justification was stated Regulation.

The reason for the flight ban is a new, more contagious form of the Coronavirus, which is spreading rapidly in the British Isles. The United Kingdom is in complete lockdown from midnight Monday to Tuesday as authorities fear a collapse of the health system at the current rate of the epidemic.

Justifying the project, the responsibility for the development of which is the responsibility of Deputy Minister of Infrastructure Marcin Horała, writes that “Given the risk of the spread of SARS CoV-2 infection, it is necessary to exercise the right to impose an air traffic ban, which is essential for the safety of the Republic of Poland, to reduce the risks On public health. ”

The ban will not only exclude government and military flights or air operations that are conducted with the approval of the President of the Civil Aviation Authority, but also charter flights at the request of the flight organizer before the regulation goes into effect.

See also  We must get involved in the three seas
Don't Miss it A virtual Christmas carol
Up Next United States of America. Additional elections for the Senate. A vote of great importance for Biden | world News