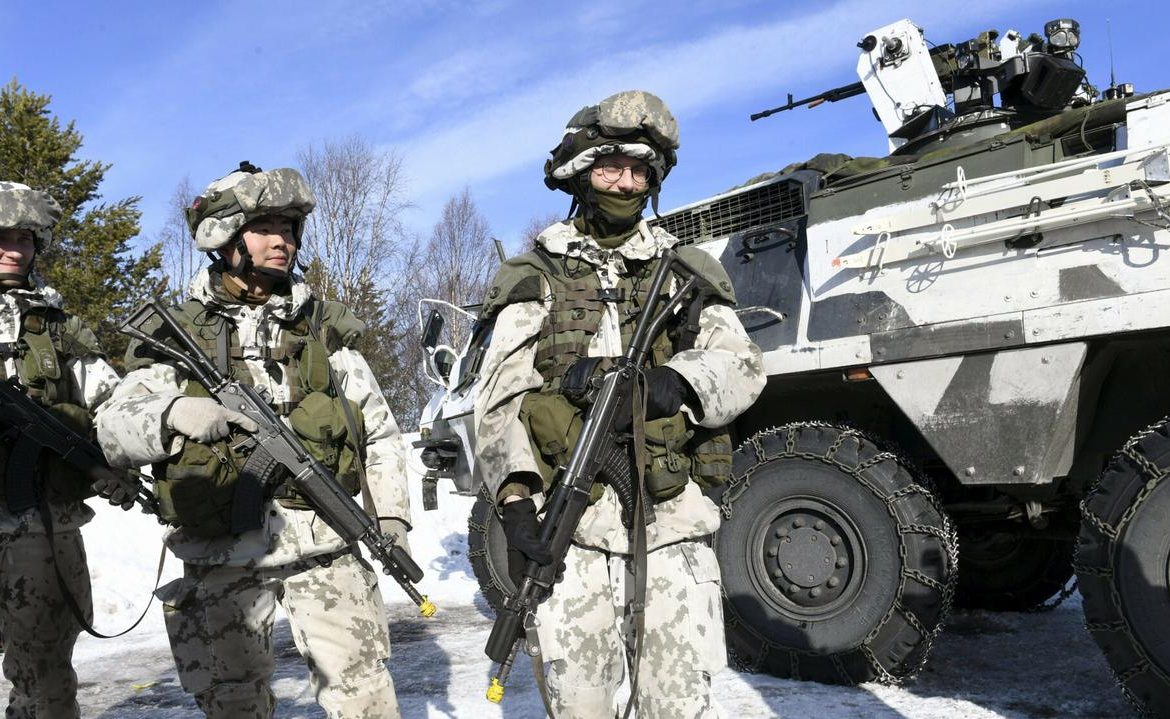 You cannot rely on security guarantees from NATO without being a NATO member, Finnish Prime Minister Sanna Marin said on Wednesday in Stockholm. Finland’s Prime Minister announced a discussion on her country’s accession to NATO.

At a joint press conference with the Swedish prime minister, Marin said Finland should “carefully analyze” all options when it comes to NATO membership. “But I think the whole process will be very fast, and it will take weeks,” the Finnish prime minister assesses. In her opinion, it would be good if Finland and Sweden made similar decisions on security issues.

Sweden’s prime minister said the assessment of the situation should be “accurate but quick”. “We need to know what is best for Sweden’s security, and we should not make hasty decisions,” Andersson said. The heads of government of Sweden and Finland agreed that both countries would coordinate security policy, but would be independent in their decisions.

On Wednesday, the Finnish government is due to publish a report on “fundamental changes” in the security environment, which will be examined by the Finnish parliament. According to Agence France-Presse that the discussion on the document will take place within a week.

Until recently, most Finns were against joining NATO, but the Russian invasion of Ukraine prompted them to rethink this issue. The latest opinion polls show that most Finns now support coalition membership.

See also  Tornado in Kiel, Germany. They were injured. The storm caused a lot of damage

The Finnish government announced a few days ago that the authorities would take a position on possible NATO membership “in the coming weeks”. According to the press, this is actually an imposed result. Finnish media cite Prime Minister Marin after the Russian attack on Ukraine, when she stated that “Russia is no longer the neighbor we thought it was.” She added that the security situation in Finland and relations with Russia had changed “irreversibly”.

Finland may apply to join the alliance before the NATO summit in Madrid in June. According to many commentators, for geopolitical reasons, it would be preferable for Finland to apply for membership with Sweden. The head of the Finnish Ministry of Foreign Affairs said: – It would be good if the solution to the NATO issue in Finland and Sweden were one.

According to the newspaper, the decision will be issued on May 24 by the Labor Party – Social Democrats, headed by Anderson. Earlier this week, the group announced that its decision last November not to join Swedish military alliances was invalid. In addition, a report of the government and the opposition on the orientation of the country’s security policy, which considers Sweden’s accession to NATO, is scheduled to be published by May 31.

According to opinion polls, the number of Swedes who support joining NATO is increasing. A clear majority of respondents support membership in the alliance, if at the same time Finland decides to take a similar course.

Russia has warned Finland and Sweden against joining NATO. She said such a move “would not bring stability to Europe”.

Don't Miss it Roxy is back after 11 years. The group announced a concert tour to celebrate their fiftieth anniversary
Up Next The giant flies towards the sun. Scientists have confirmed its huge size