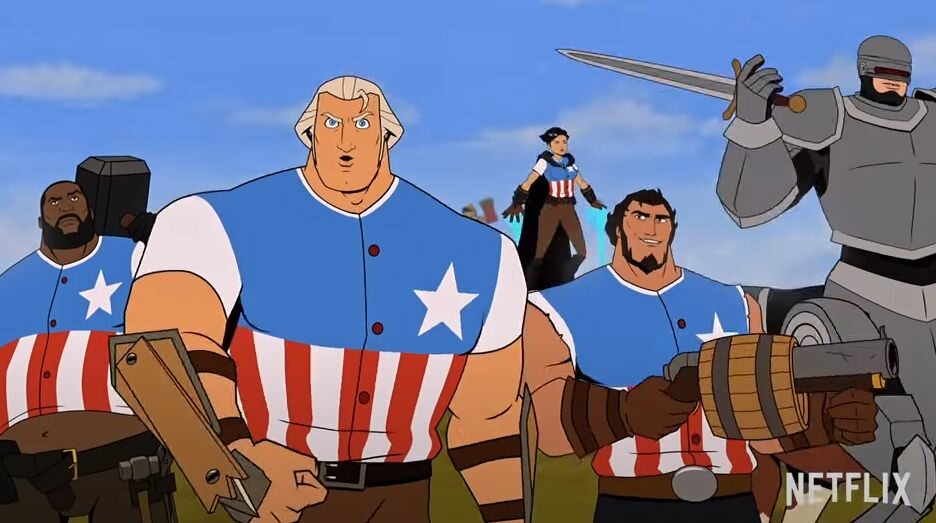 Netflix The trailer for “America: The Motion Picture”, which will be shown on June 30 this year, has been shown. The director of the animation is Matt Thompson, known from the series “Archer”, and Dave Callham is responsible for the script (he has previously written screenplays for “The Expendables”, “Doom”, “Wonder Woman 1984”).

America: The Moving Picture. Washington and its mechanical saws

As Netflix announces, the animation is supposed to parody the story of the beginnings of the United States. Are you going to refer to him at all? It’s hard to judge from the trailer – one of the first stills shows a cartoon of George Washington with two chainsaws strapped to his hands and declares: – Let’s start a fucking revolution!

In the background behind Washington are representatives of different races and nations from the United States, armed to the teeth, accompanied by a horse reminiscent of the Robocop movie. The British with whom the Americans are fighting, from the AT-AT-like machines from Star Wars. Once again, the Washington team appears at the bar and announces the future US President: – Ding Dong, this is America SKU ******.

See also  Games: Beijing 2022. The Chinese take pride in their lead over the United States in the medal table
Don't Miss it United Kingdom, Windsor: Two held in a royal home
Up Next Russia. Inflation has exceeded historical levels. Food is the most expensive