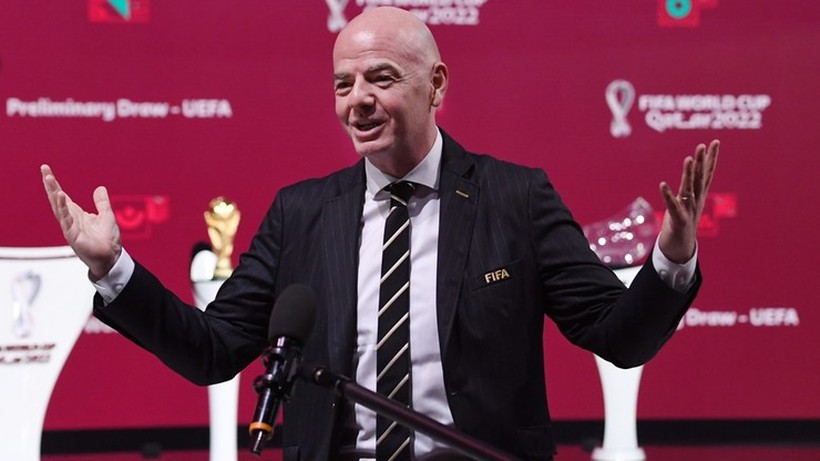 FIFA President Gianni Infantino has asked British Prime Minister Boris Johnson to lift quarantine requirements for players returning from abroad to allow them to participate in the 2022 World Cup qualifiers next week.

Many players who play in the UK on a daily basis have to go to their countries, where the qualifying matches for the world championship are decided. Upon their return, they will face a mandatory quarantine that will significantly delay their return to playing in clubs.

Infantino himself had already benefited from such a concession during the European Championships when he flew to London from Rio de Janeiro in July and avoided a mandatory 10-day hotel quarantine in England.

Premier League authorities have not agreed that nearly 60 players from 19 clubs will travel to their 26 so-called red list countries, threatened by the COVID-19 pandemic, most of whom are from South America.

“I wrote to Prime Minister Boris Johnson and called for the necessary support, in particular, so that players are not deprived of the opportunity to represent their country in qualifying matches for the FIFA World Cup, which is one of the greatest honors for professional footballers,” Infantino wrote in a statement.

See also  slag. If there was a Grand Prix there, Zmarzlik and Łaguta would break records

So far, the FIFA President has not received any response from Johnson. However, the problem is widening, as the La Liga authorities have also announced that they will support all of their clubs that will not agree to the expulsion of players, especially from South America.

“Together, we have shown solidarity and unity in the fight against COVID-19. Now I urge everyone to allow players to be released for World Cup qualifying matches,” concluded the FIFA President.

Don't Miss it GoldenEye 007 is heading to Xbox?! A list of achievements appeared on True Achievements
Up Next The new boat office will be built in the port of Chernyakovsky. “It will be the gateway from the city to the Vistula River”