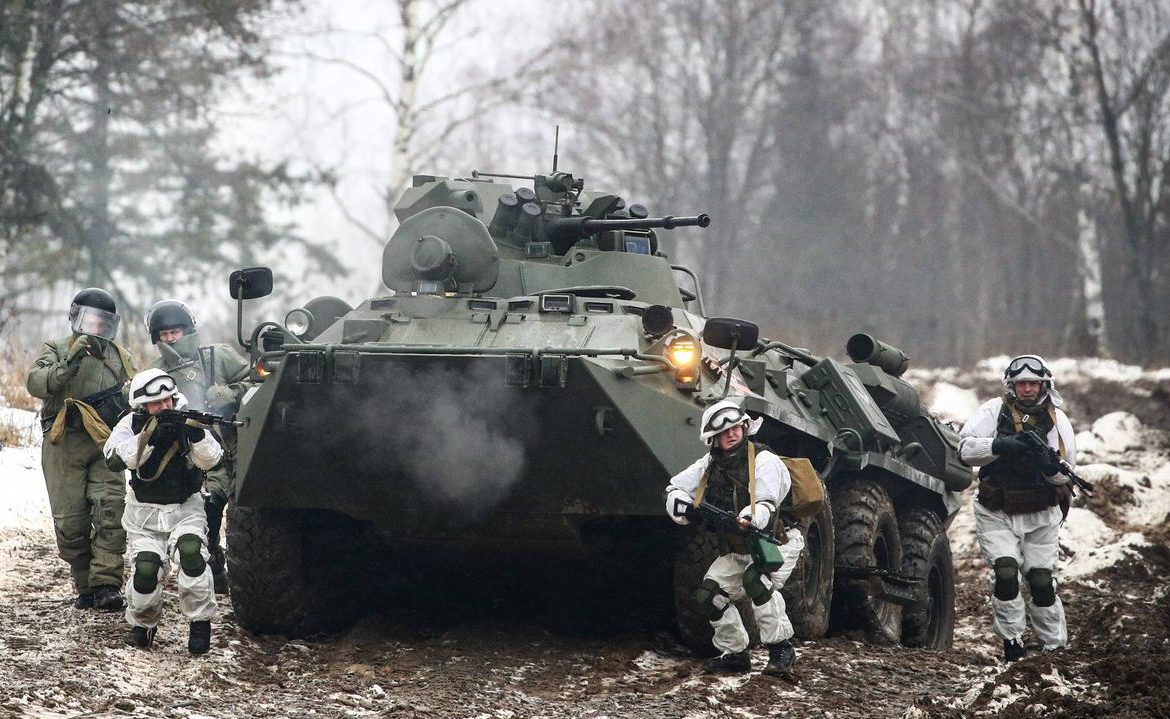 We are not preparing for new sanctions against Russia, said Josep Borrell, the European Union’s High Representative in Brussels. Earlier, before the informal video conference of EU diplomacy leaders, Borrell confirmed that the EU’s relations with Russia have not improved. “The tension is escalating,” he said.

Relations with Russia are not improving. By contrast, the European Union’s High Representative for Foreign Affairs Josep Borrell said, referring to the topics of the EU foreign ministers ’meeting, that tension is increasing. On Monday, the ministers discussed the situation on the border with Ukraine, where Russia has mobilized large forces, and imprisoned Russian dissident Alexei Navalny.

The situation on the border with Ukraine is very worrying. (…) More than 150,000 Russian soldiers gathered at the border. The risk of further escalation is evident. The head of EU diplomacy said after the informal meeting of EU foreign ministers ended, we must commend Ukraine for its disciplined response and call on Russia to stop escalation.

– He added that the message of all the ministers was very clear: full support for the sovereignty and territorial integrity of Ukraine. At the same time, he expressed a reservation that the European Union is not preparing for new sanctions against Russia. There is currently no movement to impose new sanctions on Russia. That could change, Borrell noted.

“Three or four days ago (…) it looked like a show of force,” the former Supreme Commander of NATO Forces in Europe (SACEUR) US General Philip Pridlov admitted in an interview with Politico on Monday.

– The general said – There were no clear strategic things needed to conduct the campaign. Now, however, we can see that much is changing, for example, field hospitals, artillery and supplies are starting to appear near the front. So either Putin decided to increase the pressure, or maybe (…) he really intends to do something – Breedlove believes.

According to Politico, citing anonymous informants, regarding the situation in Ukraine and the Navalny case, Poland is demanding further sanctions against the Kremlin. But traditionally, Germany and Italy want to “wait and see what happens”.

We hold the Russian authorities responsible for the health situation in Navalny.

On Sunday evening, Vladimir Milov, one of Navalny’s aides, announced that he had left Russia to avoid arrest. In recent days, the Moscow Prosecutor’s Office has demanded that the structures Navalny established be recognized as extremist organizations.

Navalny himself, who was poisoned with a chemical warfare agent in August 2020, is currently serving a punishment in a penal colony. The opposition activist, who suffers from back pain and loses sensation in his limbs, requested to see a doctor from outside the prison, but the authorities refused. At the end of March, Navalny declared a hunger strike in protest.

Borrell said on Monday that Russia should provide the Navy with access to adequate health care. “We hold the Russian authorities responsible for the health situation in Navalny,” the head of EU diplomacy said.

See also  Holland. Russia withholds witness to the downing of a Malaysian Airlines plane in 2014.

Don't Miss it Modern quintet – toilet: Stasiac VII!
Up Next 10 ideas for setting up a background for an online conversation. We can deal with the lack of space