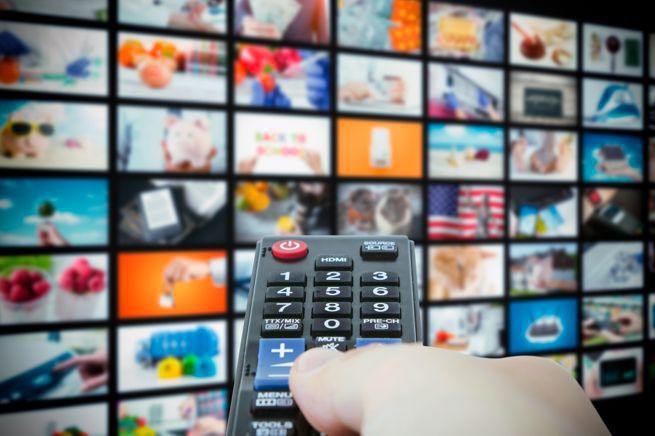 The EU Online Copyright Violations report analyzed pirated consumption using various methods of accessing desktop computers and mobile devices, including software for streaming platforms on TVs and set-top boxes with Android TV. The analysis covers movies, music, and TV channels in 28 countries from 2017 to the end of 2020. Piracy across the continent has seen a decline in recent years. The exception was the beginning of the coronavirus pandemic (then the consumption of legal and illegal content increased). In 2018, piracy decreased by 20%, in 2019 by 6%, and in 2020 by 34%.

See also: OTT platforms to replace cable networks? We were buried many times in a deep grave.

In 2020, the average EU internet user was able to access illegal content 5.9 times a month. Below the EU average are: Austria, Finland, France, Germany, Italy, the Netherlands, Poland, Romania, Spain, and the United Kingdom (which were still members of the European Union in the period analyzed).

European Union officials have also investigated the causes of the hack. The higher the income, the fewer people will use illegal content. The more legal services there are, the fewer hackers there are. Countries with a population of 15-24 years suffer from piracy more.

Hackers often use illegal access to TV channels (70%). Film productions accounted for 20 percent. Pirated content, 10% of the music. A computer is often used to illegally receive TV channels and movies, and in the case of music, a smartphone. The share of streaming devices such as TVs and Android TV set-top boxes is also increasing.

See also: Huge compensation for piracy. There is a judgment on the world of IPTV

For several years now, broadcast TV piracy has been very common all over the world. Websites are created that resemble offers of legal operators. However, they offer from several to several thousand TV channels from all over the world at much lower rates. Pages are filtered regularly, but new ones are created in their place. Illegal listings with TV channels are also displayed on the Chinese auction site. Asian sellers change their accounts every now and then, so it’s hard to track them down. They advertise their services in a confidential manner. For example, as a “TV frame”. The cheapest listings can be purchased for $2 per month.

Programs used to receive illegal channels are periodically removed from the Google Play Store (for example, the Russian Smart IPTV program has disappeared from the system)However, more advanced users can still load such software manually on the TV’s hard drive or Android TV set-top box. Many programs are offered legally. Their creators state that they do not offer pirated content, only a multimedia player. Lists of m3u channels that most often contain pirated channels.

Piracy is popular in both the US and the EU, where content providers are often penalized, not the recipients. However, they have recently gained seats in Italy. The big downside to pirated listings is their instability. Many users have complained about interruptions in broadcasting the European Championship 2020. The advantage of legal services is richer video-on-demand libraries, a more attractive and easier user interface, and caching of TV services (the possibility of pulling individual channels for up to a week). Hackers rarely offer such opportunities. The latest season of the Netflix series can be watched instantly on this streaming platform in Polish language version. It will go to the pirate show after a long delay and mostly in English.

Don't Miss it bilgorajska.pl (Driving lessons, Biłgoraj, interrogations, bans, city center)
Up Next United States of America. I got more than 4000. The gap. Hint. Release her