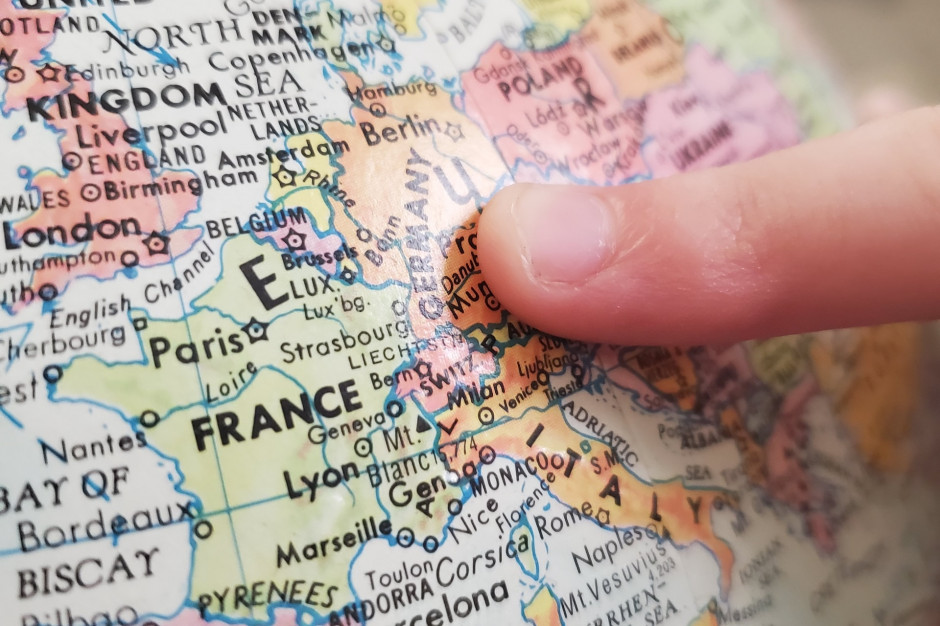 From Sunday, June 20, the curfew will not apply in France. It will also be lifted from Monday in regions of Italy where this has not already happened before. In France, Germany and Spain, regulations on wearing masks have also been relaxed.

In France, it will be canceled from Sunday in effect from 23 to 6 am. From Thursday onwards, face masks must be worn in public open spaces only in the most crowded places, such as stadiums and cable cars. The mouth and nose should still be covered in enclosed public places, such as shops or public transportation vehicles. On Thursday, after nearly eight months of shutdown, the Paris suburb of Disneyland opened to the public. Earlier, after a long break, Parc Asterix and Futuroscope welcomed the tourists.

On Wednesday, June 9, the interiors of gastronomic establishments in France reopened, of which 50 percent may remain. The normal number of customers and no more than six people are allowed to sit at the tables. Food gardens can be completely filled. The maximum audience in cinemas, theaters and museums has also been increased. As of June 9, public sector employees are constantly working two days a week and three days remotely. Health Minister Olivier Veran announced Thursday that discos and nightclubs will open in July.

In Italy, as of Monday, June 14, most regions with a population of over 40 million, including Lazio, Lombardy and Piedmont, are in the white zone of minimal restrictions. There remains a ban only on gatherings there and a requirement to wear masks, outside as well, which will likely be lifted in mid-July. The curfew had already been canceled there. And in the rest of the yellow zone, including Campania, Tuscany and Sicily, the curfew will end on Monday, and until then it will remain from midnight until five in the morning.

In Germany, after June 30, the obligation to work remotely will not be extended, the head of Chancellor’s Office Helge Braun announced on Wednesday. Individual federal states are also relaxing the rules for covering the nose and mouth in public. From next week, the mask will no longer need to be placed on the streets of Berlin, unless it is impossible to stay away from other people. The rules governing the work of catering establishments are also established by the federal state authorities. There are food parks, in some cities only customers with a negative test result or vaccination certificate can sit there.

In Austria, discos, which have mostly been closed since March 2020, opened from July 1. At the end of June, restrictions on the number of participants in cultural events will also be lifted, as will the obligation to close restaurants by 22- Restaurants, hotels and community facilities will remain open for those who have received a vaccination or recovery certificate after passing Covid-19 or the result of a coronavirus test.

In England, plans are in place to completely lift all pandemic restrictions on Monday. However, this deadline has been pushed back by four weeks. Until then, in England, there will still be, among other things, the limit of six people who can meet in a private home and the halving of cinema and theater seats. Nightclubs will remain closed. Up to 30 people can attend outdoor meetings, as of Monday this limit will be raised for weddings. There are public dining venues, hotels, cultural facilities, leisure and sports facilities throughout the UK. However, specific health rules and restrictions may vary by part of the country.

In Spain, from Saturday, June 26, it will not be necessary to wear masks in open public places.

In Belgium, restaurants and bars will have customers inside their premises since June 9. The gastronomic gardens were open earlier. Private visits to homes of up to four people were also permitted. Cinemas, theaters and gyms, which had been closed until then, are back in business again, but with restrictions.

In Portugal, entry and exit from the Lisbon metropolitan area is prohibited during the weekend. According to the authorities, this is a response to the significant increase in cases of Covid-19 in the Portuguese capital. The authorities also extended the obligation to wear masks in open public places until at least mid-September.

Don't Miss it England – Scotland. Should the English get a penalty? controversy. Euro 2020
Up Next Cinema premiere at East Culture Festival – Different Voices أصوات