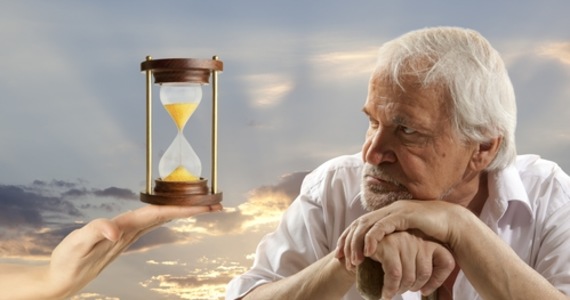 According to ESPON and the European Commission report, in less than three decades, people over the age of 65 will make up a quarter of Europe’s population, meaning an increase of over 40%. Compared to 2020. According to experts, the dynamics of the aging process in Poland, the Czech Republic and Hungary will surpass the European average.

Europe has a serious problem with the elderly
/123RF / PICSEL

According to the European Commission, Poland will also be affected by profound demographic changes.

On behalf of ESPON Experts – However, Europe has been aging for a long time This process will only intensify rapidly in the coming years. The elderly population (65 years of age or older) will increase from 90.5 million in 2019 to 129.8 million in 2050.

ESPON is a research program that covers all member states of the European Union as well as Great Britain, Iceland, Liechtenstein, Norway and Switzerland. In cooperation with various academic centers and research institutes, ESPON experts monitor, among other things, the demographic processes occurring in Europe.

And this, according to the latest report, “The Aging Revolution: Toward a European Silver Deal?” , Will pose a huge challenge to governments and societies across the continent in the coming decades.

Europe has been aging for a long time, and according to ESPON experts, this process will only rapidly increase in the coming years. The elderly population (65 years of age or older) will increase from 90.5 million in 2019 to 129.8 million in 2050.

“The change in the age structure is the result of both a lower birth rate, which has been maintained for many years, and an increase in life expectancy, in relation to, among other things, advances in medicine” – the authors of the report argue.

The severity of population aging varies significantly from country to country. According to Eurostat data, in 2019 people over the age of 65 accounted for 20 percent. Population of Europe – This proportion was highest in Italy (23%) and lowest in Ireland (only 14%).

Similar differences can also be observed across regions within one country – in the UK the percentage of older people in 2019 ranged from around 12%. In London it is over 23 percent. In some provinces. In contrast, a greater proportion of the elderly in Germany live in the eastern federal states of the former GDR.

In all regions of the continent, population aging mainly affects less densely populated, peripheral and often economically backward areas. As the report’s authors argue, it is a result of the exodus of young people leaving in search of work and a better quality of life.

In this context, what are the demographic prospects for the countries of Central and Eastern Europe, including Poland? The ESPON report is not optimistic.

It is true that in the coming decades the proportion of elderly people in Poland will be less than in many countries of the continent, especially the southern ones (about 21% in 2030 compared to more than 25% in Italy or Greece) – however, the dynamics of aging Polish societies will exceed Czech Republic or Hungary European average.

This is the effect of both the expected birth rate, zero or even negative, and the fact that many millions of citizens of these countries, especially of working age, are left outside their borders.

How do we fight the demographic crisis?
Electronic newsroom 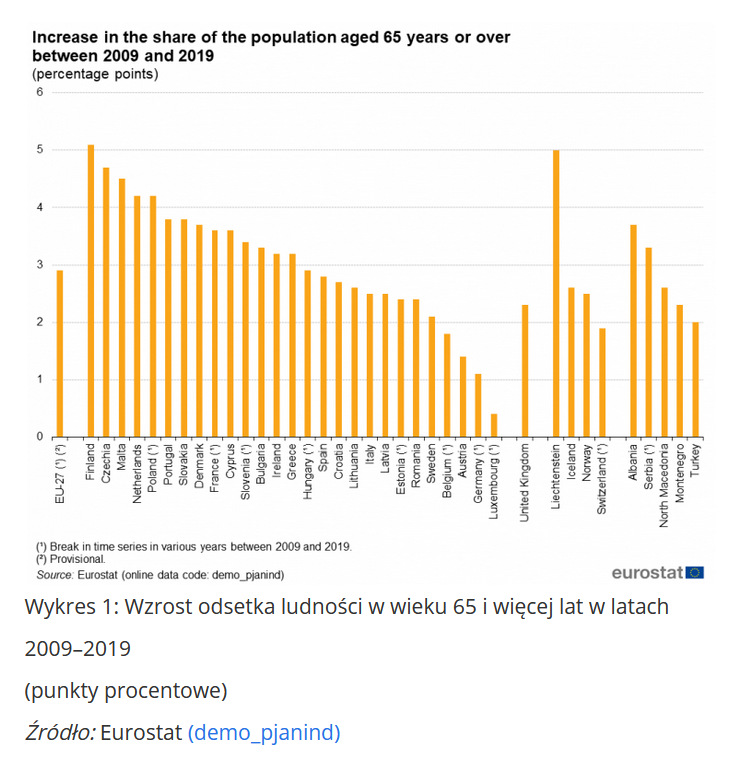 This means that half of the population of the 27 European Union countries was over 43.7 years old and the other half younger. Among the 27 member states of the European Union, the average age ranged from 37.7 years in Ireland and Cyprus to 46.7 years in Italy, confirming the registered demographics in each of these member states.
The average age recorded in the EFTA and Candidate Countries in 2019 was below the European Union level of 27, with the exception of Liechtenstein (44.2 years) and Serbia (43.7 years, as in the EU-27). 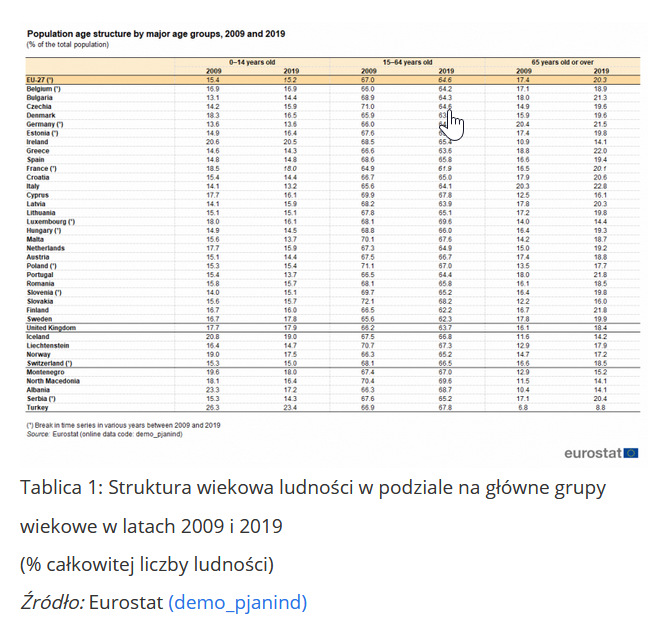 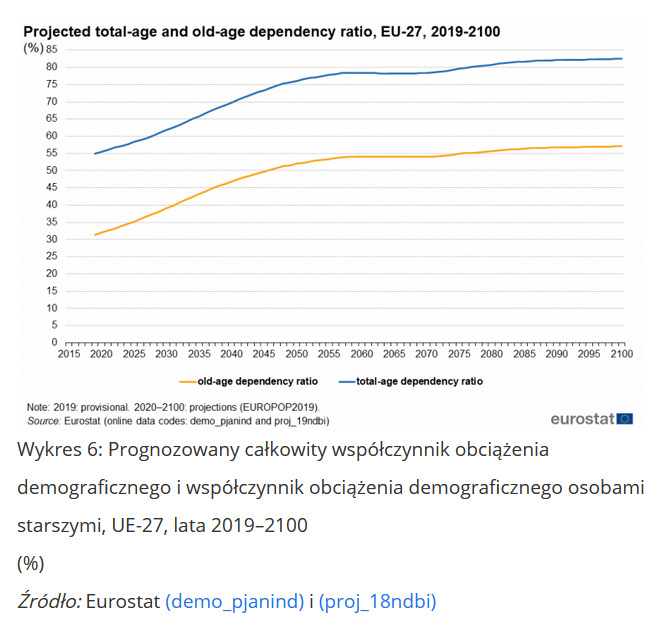 Kolodko in “Juvenile Guest”: More than half a million Poles want to work and there is no such job for them
Polsat News

See also  Rao: The past few weeks have shown how good the military is...
Don't Miss it Regina King will direct authoring the comic book for Bitter Root
Up Next United States of America. Vaccinated Americans can remove their face masks in many places