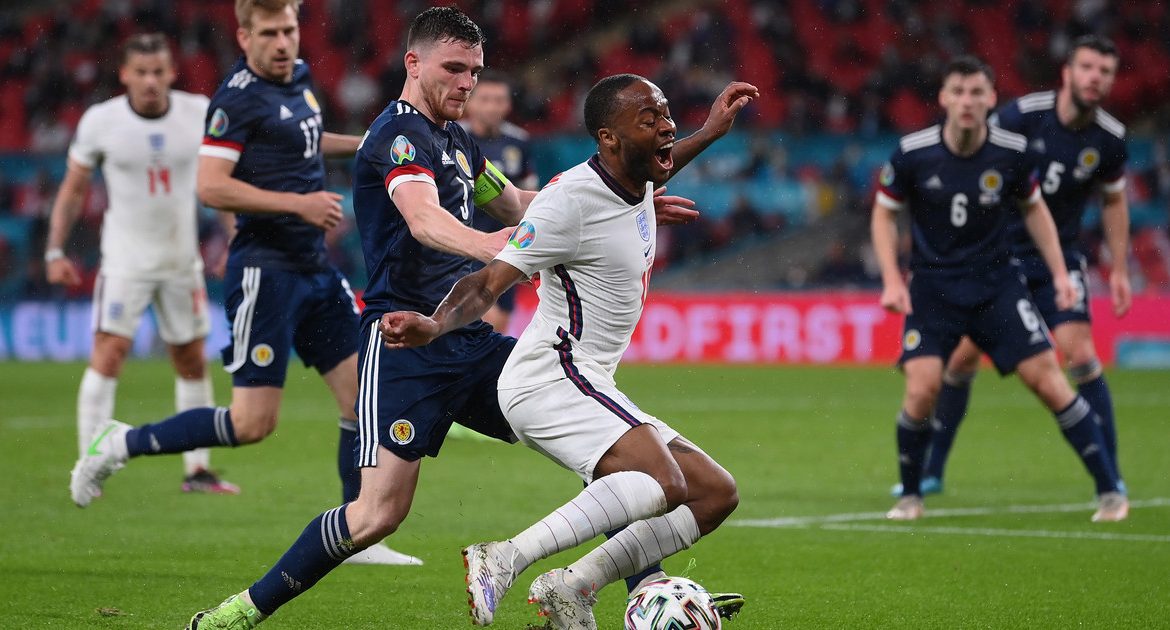 It was a meeting for which the whole of Great Britain was preparing. And the players – despite the goalless draw – did not disappoint. There were great emotions, high level fighting and football. For the English, one point is an almost sure way out of the group, and the Scots, in turn, must beat the Croats in the last round and count on promotion to the knockout stage.

The moment from the 79th minute caught the fans’ most attention. Raheem Sterling charged from the side of the field and fell into the penalty area as Andrew Robertson attacked him. The Englishman fell on the field, called “eleven”, but the referee ordered the match to continue.

Replays showed the Scottish defender stepping on Sterling. While the main referee could have overlooked the situation, the referees from the VAR car failed completely, not analyzing the situation properly.

A potential penalty and its use could have been decisive in the match. If the referees read the situation correctly and the English win, they will be sure to advance to the knockout stage. Now everything will be settled in the last group match.