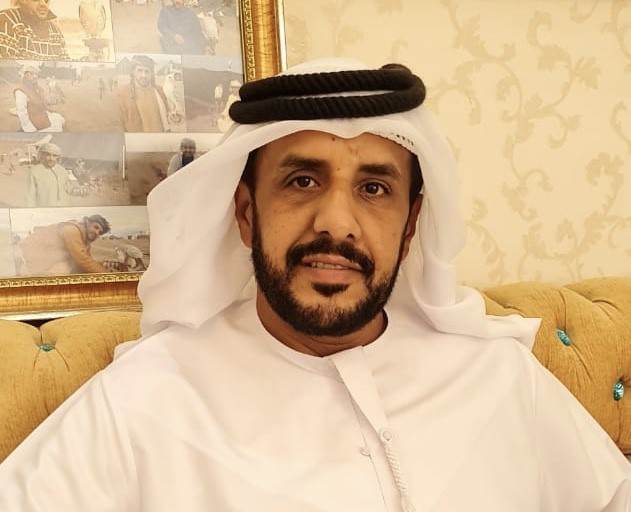 The UnitedArabEmirate had become one of the most sought-after destinations over the past few years. Every year, tourists from all over the world traffic to get a taste of this leading nation’s masterpiece! And we are not here to judge as this beautiful country had truly came a long way.

Where it was and where it has become is truly inspiring and fascinating. Thus, where this country used to be, sparks a curiosity that only Hamad Saeed Raghash can fulfill as a man with unmatched knowledge about this country’s heritage and culture at only 44 years old.

The UAE national’s tremendous love and passion for his country and leaders predominately “Sheikh Zayed” serving as his role model. He took the responsibility of being one of the most notable researchers of his country’s past in the present day. Leading to a presentation of admirable encyclopedia just in Instagram.  W

here his page attracted eye balls from the entire region, leading to its growth in a short time. His work subsequently became further acknowledged and known. Although, his contributions were prominent even before the social media age , found on internet forums that pertains to his country.

The 44-year-old had dedicated his life to serve his nation, and gathering information over the years about his country is just a minor part of his sacrifice .

When asked how he managed to be distinct himself from the rest, in such difficult task he said

Every difficult task becomes easy after relying on god
and added “Reading books, talking to old people and visiting old places are one of the main ways that help me achieve my goal”.
See also  The couple who are the Hope of the Monarchy

His efforts were acknowledged beyond the UAE boarders as he shortly became a notable figure in the entire gulf region too. He definitely made his country proud by spreading awareness for it.

This dedication has certainly come out of pure love for his country and courage but when we asked him, why this field? he answered

“One most acknowledge the past to learn about the present and future”. And when we asked him what is your dream he added “I want to thank his highness Sheikh Mohammed bin Zayed on his effort for preserving the country’s legacy “

What’s enticing about Hamad’s story is that he is a man that built himself up from scratch as per having a high school certificate as the only academic qualification.

Yet, through his passion and persistence he was able to achieve even more than those that have fancy university degrees. Truly remarkable character that serve as an apt role model for the younger generations to follow.