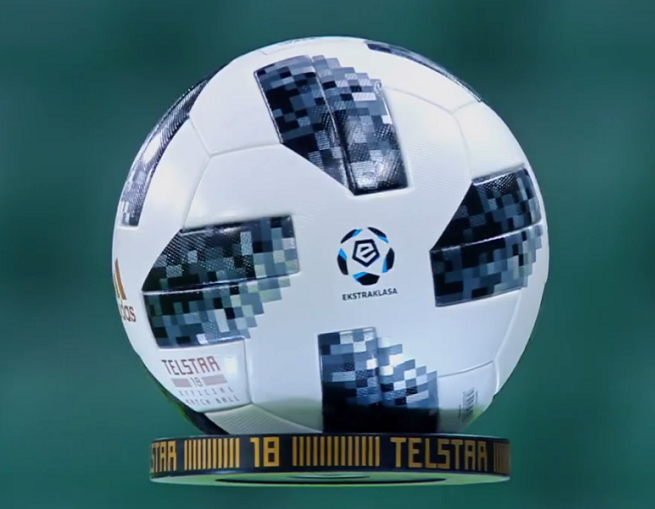 Under recent contracts Two games from each round in the current season PKO BP Ekstraklasa It will be shown in Great Britain and Ireland on Free Sports. Its broadcaster, Premier Media Sarl, also owns Premier Sports and a network of bars in Great Britain, Ireland and Canada. Polish matches will be available with English commentary.

This is great news for all UK football fans, who will be able to watch PKO Bank Polski Ekstraklasa games on their TVs. On each match day, we’ll be showing two live matches completely free on TV and the FreeSports app, comments Richard Sweeney, COO, FreeSports.

Rights to display 50 PKO BP Ekstraklasa matches this season, with the ability to broadcast all of the remaining 88 matches. The agency got to play matches Spring Media, which will provide broadcasts for the Polish League in Denmark, Sweden and Norway. It will be accompanied by an extensive advertising campaign.

– Direktesport is Norway’s largest sports streaming service and we will be happy to introduce Ekstraklasa to our viewers. The Poles are by far the largest group of immigrants in Norway and we’re glad we will soon be showing PKO Bank Polski Ekstraklasa games to Polish and Norwegian viewers – says Helge Berkelund, Amedia’s vice president of sports.

Two PKO BP Ekstraklasa matches from each round this season and next season will be broadcast in Israel on Sport 1, Sport 1 HD and Sport 2 channels.

At the same time, Ekstraklasa Extended the license agreement with Sportdigital for the right to display 10 consecutive matches valid in the 2019/20 and 2020/21 seasons. As a result, Sportdigital will be showing up to 40 PKO BP Ekstraklasa matches in Germany, Austria and Switzerland this season. It will also have the right to display selected matches on Eurosport channels with a delay of around 3-5 days.

– We want to use interest in our league, which will be launched as one of the first leagues in Europe after the pandemic, to promote our games and our OTT service – Ekstraklasa.TV. As a rule, we sell 2 matches per waiting list under a non-exclusive license. We speak directly with broadcasters, but also with agencies selling media rights in different markets and brokers providing support in specific regions, and we also speak with offshore OTT platforms – as Marcin Animoki, President of Ekstraklasa SA describes.

– At this stage, according to already signed contracts, PKO Bank Polski Ekstraklasa matches this season will be shown in at least 16 countries. We expect more contracts to be signed in May or early June, he adds.

In the middle of last year’s top league He sold the broadcast rights for the competitions in seven Balkan countries. The company assures that its subsidiary Ekstraklasa Live Park, which is involved in the production of broadcast matches, has good paths to transmit signals to the BT Tower in London and the whole process to provide TV broadcasts according to the needs of foreign broadcasters.

In addition, the company is developing its own Ekstraklasa.tv streaming platform, where you can watch all PKO BP Ekstraklasa matches worldwide – except for Poland and seven Balkan countries that are covered by exclusive licensing agreements, and monthly and seasonal subscriptions are available.

The issue of promoting the Ekstraklasa.TV live streaming platform is an important component of our conversations with foreign partners. At the same time, we hope to expand our database as part of this website – confirms Małgorzata Borkowska, Media Rights Advisor at Ekstraklasa SA.

See also  Tokyo 2020. Polish women meet their competitors in the fight for the Olympic finals

– We have just launched the Ekstraklasa.TV mobile app for Android, which will increase the availability of our website. There are three times more users of OS-based devices in the world than iOS devices. Therefore, we expect a huge increase in Ekstraklasa.TV app downloads, free shortcuts, and subscriptions between people interested in watching games live. We are still working on apps that allow our platform to be used as part of Apple TV and Smart.TV, they should be available from season 2020/21 – announce.

PKO BP Ekstraklasa season will resume on May 29 after the interruption caused by the coronavirus pandemic. Four main part and seven finalists have yet to be played, and matches are scheduled to take place until July 19.

In Poland, PKO BP Ekstraklasa is broadcast by Canal + (all matches) and Telewizja Polska (one match per round).

Don't Miss it How to get Flash theme for Fortnite for free? All you need to know about him
Up Next Himalayas. Climbers accused of fake climbing Everest