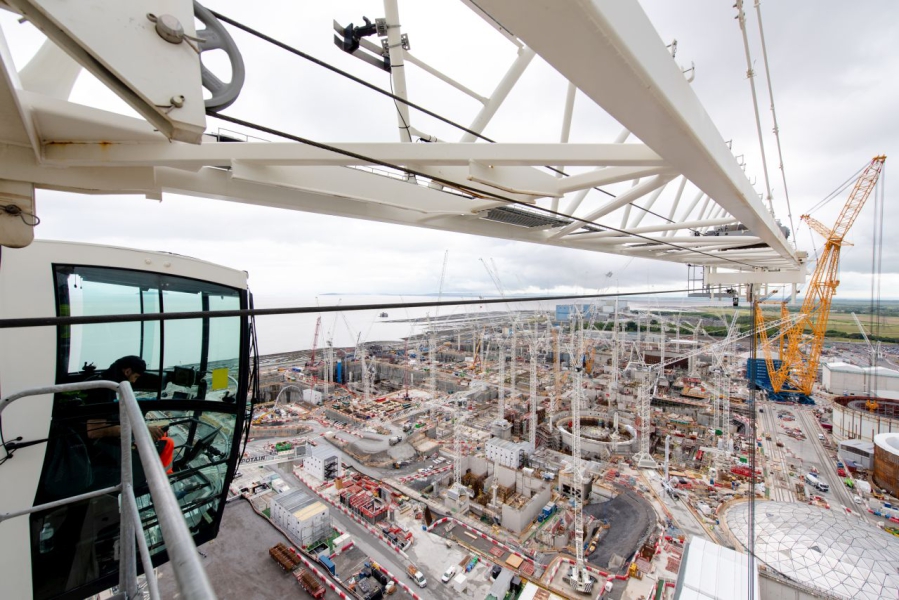 EDF wants to promote its inclusion in Poland. During the 2021 World Nuclear Exhibition in Paris, the group signed industrial cooperation agreements with Energomontaż-Północ Gdynia, Rafako, Zarmen, Egis Poland and Dominion Polska. The French say that in this way they are already increasing the contribution of the Polish supply chain to the success of nuclear projects based on EPR technology in Poland and Europe.
Energomontaż-Północ Gdynia, specialized in, among other things, in steel structures for the marine sector and more, is one of the regular suppliers of EDF. As part of the collaboration, the company built, among other things, the reactor casing steel structure for the Olkiluoto 3 nuclear power plant in Finland, the world’s first power plant with an EPR reactor. The arrangement was large – the dome itself was 46 meters in diameter and 13 meters high. It was completely transferred to Finland.

Zarmen is one of the largest industrial construction groups in Poland. The group companies also cooperated, among other things, in Olkiuluoto 3 – dealt with the assembly of electrical installations, control and measurement equipment, as well as automation. RVACO operates in a similar sector of energy construction. For EDF, the company will produce tanks and pressure vessels and provide services related to this task. Dominion Polska is part of the Spanish Dominion Group that specializes in industrial and energy construction. The company will be a new supplier to EDF. He has, among other things, projects for the needs of the Opole Power Plant and the Bełchatów Power Plant. Egis Poland, part of the French group, deals with industrial and energy facilities. He is collaborating with EDF on the construction of a nuclear power plant with EPR reactors in Great Britain.

Don't Miss it Ustka is the eighth in the competition for the best promotional film. You defeated 3300 opponents
Up Next Gabriel Slonina was named to the US national team. “I am so grateful”