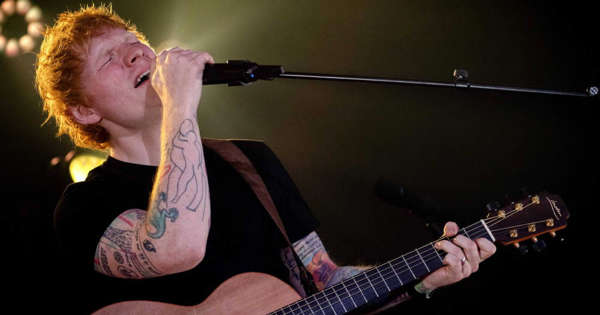 The famous British singer has revealed that he has a very ambitious New Year’s resolution. It does not apply to frequent visits to the gym or giving up sweets. Sheeran wants to take care of the natural environment next year. The artist has already developed a concrete plan of action – to make up for his carbon footprint, he intends to acquire vast tracts of land and plant as many trees as possible on it. “I want Britain to be green and wild again. I love my country and my nature, so I decided to act,” the musician declared.

In late December, many of us made various summaries to determine our New Year’s resolutions. Ed Sheeran belongs to this group. However, anyone who thinks that the famous singer’s decisions are limited to trivial matters, such as exercising more frequently or following a low-calorie diet, is mistaken. The artist made a more ambitious plan. He also revealed in an interview with BBC Radio London, that next year he intends to acquire vast areas of land and plant trees on them. All this to offset your carbon footprint. As he admitted, in this way he wants to compensate for the damage he has done to the environment by traveling around the world and giving concerts in recent years.

“I plan to buy as much land as possible and plant as many trees as possible. I want Britain to be green and wild again. I love my country and my nature, so I decided to act. I have a feeling people will want to rip my head off when they hear this, because my work has a negative impact.” ON THE PLANET – I travel all the time and do concerts in different parts of the world. I know that as a public figure, I am targeted by people who want to point out many mistakes, but I do my best. “Sustainability is very important to me,” Sheeran said.

The musician spends most of his time in his home in East Suffolk, known as “Sheeranville,” which includes a pub, recording studio, underground concert hall and private cinema. As a source recently reported by “The Sun” revealed, the artist has for a long time made sure that his property is as green as possible. “He has planted a lot of trees in the past five years. He has spent tens of thousands of pounds on this project and is very committed to sustainability. He has a huge field, which will become a real dense forest in a few years” – revealed a person from the singer’s close circle.

However, Sheeranville has been the cause of many controversies for a long time. Disputes that arose between the artist and his neighbors repeatedly ended in court. Last year, Anthony Robinson, who lives nearby, won a lawsuit to expand his back garden. The man was officially allowed to go ahead with the project despite Sheeran’s objections that it would lead to “an unfavorable and artificial alteration of the countryside landscape”. (life PAP)

Don't Miss it You have proven that you can! Maciej Oksztulski defended his Ph.D.
Up Next Jordan. Belgium in Parliament is the reason for adding the word “woman” to the constitution. “Some macho crushing” | News from the world