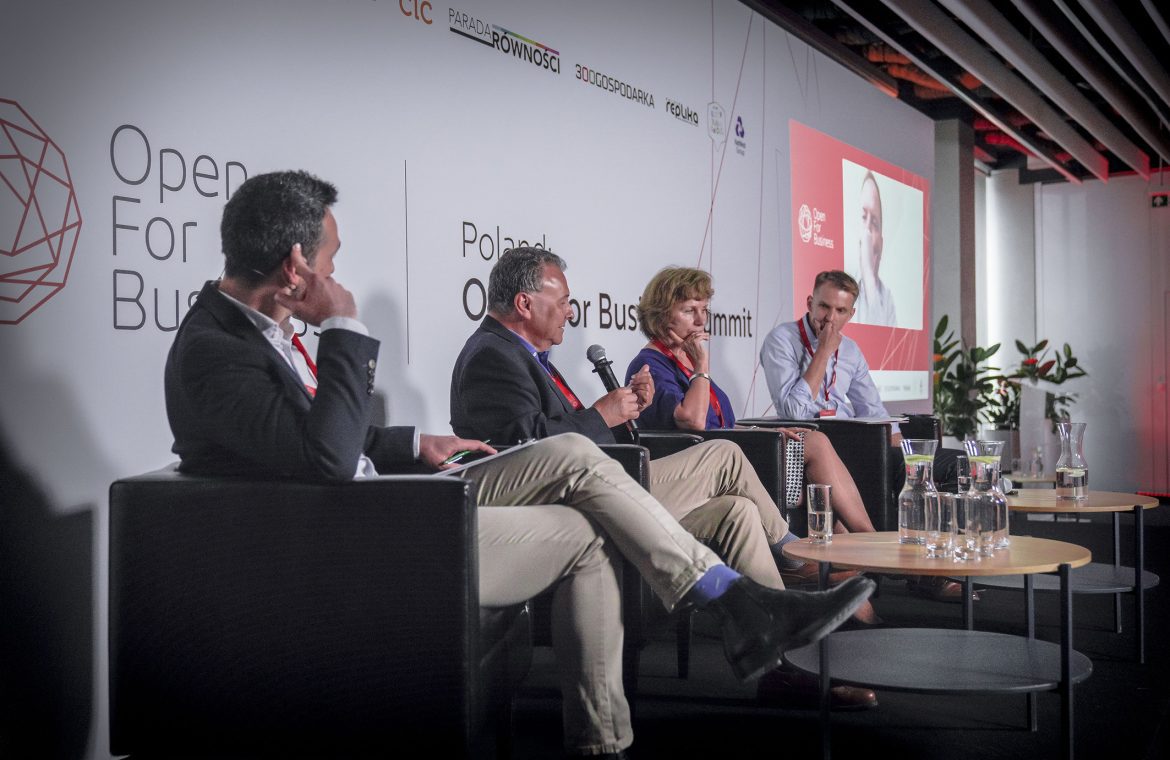 Poland loses up to 9.5 billion PLN annually due to LGBT discrimination – this is the main conclusion of the Open For Business report on the impact of homophobia on economies and development opportunities in Central European countries.

The findings of the report and the potential for developing open societies were discussed by economists, politicians and representatives of the business world during the Open For Business Summit held in Warsaw, under the auspices of 300 Economists.

The pretext for the discussion was a report by Open For Business, in which we read that Central European countries are losing opportunities for foreign investment due to systematic discrimination against minorities. There is also a correlation between LGBT rights and the economic performance of countries and regions. The report’s authors stress that indicators such as the Global Innovation Index or the World Economic Forum’s Competitiveness Index clearly indicate that open and diverse societies favor economic growth.

Brain drain is a big problem for the economy

During the Open Business Summit in Warsaw, economists took a closer look at the topic. We are paving the way when it comes to economic research on the inclusion of LGBT+ people in the economy,” said Ewa Balcerowicz, Vice President of the Council of the Association of Polish Economists.

– This is very important because, apart from a moral duty, there is also a financial one – I confirmed.
a. Witold Orłowski, former Economic Adviser to the President of the Republic of Poland, and currently Principal Economic Adviser at PwC Poland:

Discrimination should not be, should not and should not be — he said, noting the differences between ethics and applicable law and the measurable economic effects of the distinction. The latter, according to the Open For Business report, is mainly related to the phenomenon of the so-called “brain drain”.

The main challenge nowadays is talent retention, because real talent is the scarce resource in the economy. If we give it up ourselves, we lose a lot compared to the competition – The professor confirmed. Orlowski.

Other participants also focused on the need to retain highly qualified personnel and linked this topic to LGBT discrimination.

A policy that encourages discrimination is stealing talent from the Polish economy – said Marcin Tomaszewski, an economist from the European Bank for Reconstruction and Development. He emphasized that many skilled workers go to work in more open societies.

That is why it is so important for business representatives and politicians at the national and local levels to take into account the so-called ESG (Environmental, Social and Governance) indicators, i.e. Environmental Protection, Social Responsibility and Corporate Governance. Their inseparable theme is the full use of the potential of LGBT employees.

There is a clear potential for the economy as a whole to engage the LGBT+ community – said James Hughes, Advisor to the Minister of Economic Affairs at the British Embassy in Poland.
The panellists agreed that the current situation is not conducive to stopping the brain drain on the grounds of discrimination in our country. However, a light appeared at the end of the tunnel:

It is optimistic that companies are beginning to realize the importance of talent. Initiatives like Open For Business are very important because thanks to them I can see good changes that have not yet appeared in research, but have brought about cultural changes in Poland. – said Ewa Balsrovich.

a. In turn, Witold Orofsky declared himself a “frustrated optimist”:

A lot of things are going in the right direction, but very slowly He said.

Open For Business is an alliance of global companies that believe that diverse inclusive societies are a better environment for business and economic growth.

See also  The UK Travel Red List has been shortened from 54 to 7 ladies...

The coalition’s goal is to advance the rights of LGBT people around the world. Open For Business partners are strongly committed to diversity and inclusion in their workplaces and fear the proliferation of anti-LGBT+ policies in the many countries in which the initiative’s members operate. The Alliance currently operates regional programs in the Caribbean, Central and Eastern Europe, and East Africa, and is working to implement the program in Southeast Asia.

Each of these programs works with local civil society partners to mobilize activists in local business communities and facilitate their data-driven activities.

Don't Miss it Kajko i Kokosz’s First Game: Slices of Na. It is a pity to waste time
Up Next Offer language training for companies