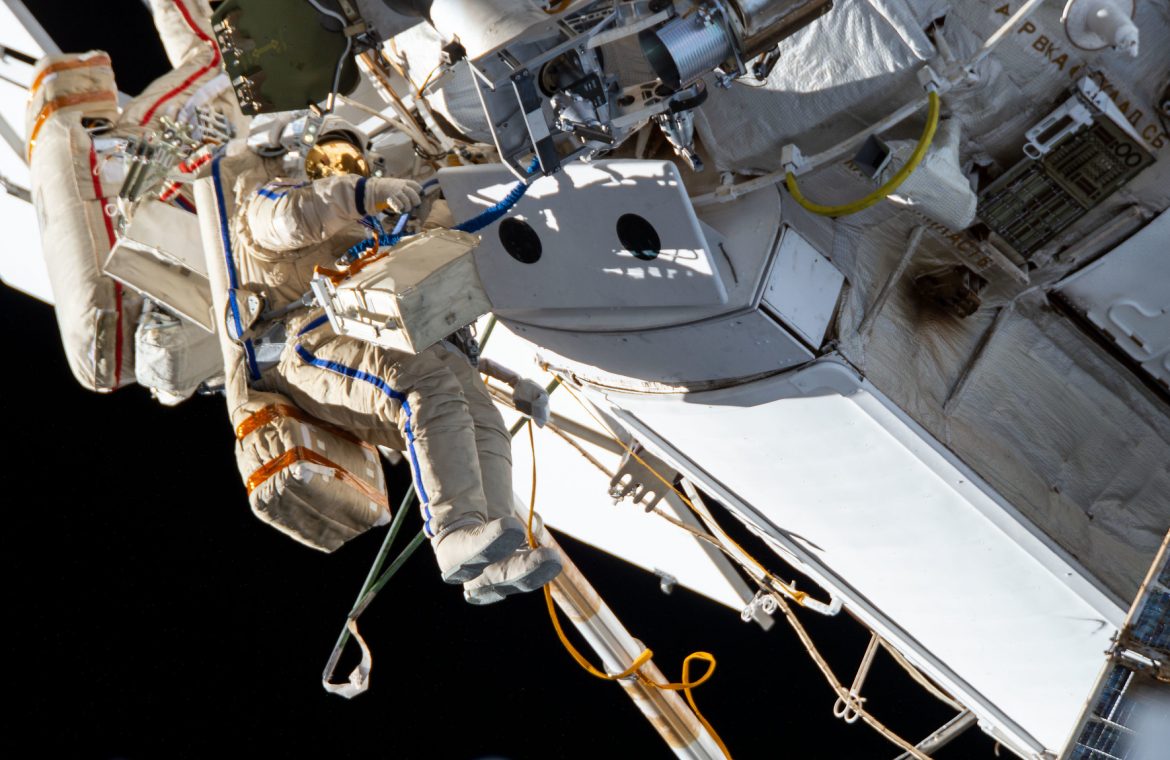 Russian cosmonauts Oleg Novici and Pyotr Dobro have left the International Space Station for the second time in 6 days to do further work integrating the MLM-U science research module with the rest of the station.

The march marked VKD-50 took place on September 9, 2021. The astronauts opened the hatch from the Poisk module at 4:51 pm Poland time, and officially began the exit.

The main tasks of the walkers were to complete the connection of the Ethernet communication line to the module and to install more cables: TV systems, the Kurs-P docking system, as well as the installation of walking rails on the new module and the external Biorisk Experiment Boards.

The march was a continuation of the previous VKD-49 exit, where it was possible to connect Science to the American power supply system for the stations from large solar panels and start making Ethernet connections.

At the start of the walk, astronauts snapped photos of the Progress MS-17 cargo ship. Russian engineers wanted to know if the docking system’s antennas had been damaged. Previous Progress launches were marked by docking problems, which were caused by mechanical damage to the antennas during the missile’s flight. They wanted to check whether the changes to the missile’s aerodynamic shield rejection technology had brought the expected effect.

Nowicki then proceeded to remove the no longer necessary roll of Ethernet cable from the Poisk unit. At the time, Dobrow was installing handrails on one of the walls of the MLM-U Science unit. Then the astronauts proceeded to make the cable connections. An Ethernet connection between the US ISS and Science must be completed. Work on this connection started during the previous checkout.

Nowicki and Dubrow then made connections between Zwiezda’s unit and Nauka. Cable assemblies included Ethernet connections, a pair of cables from television systems, and an antenna connection between the units of the Kurs-P Docking System.

At about 22:00, which is just over 5 hours into the walk, the astronauts finished making all the calls. At first there were problems with the Ethernet connection, but after unplugging and reconnecting the plug, the connection started working.

Nowicki returned to Poisk Lock to take a Biorisk platform designed to study the behavior of bacteria exposed to the space environment. Initially, the containers for this experiment were to be installed on the science unit. Delays in assembling the appropriate access items forced the mission team to choose a temporary location for this experiment in the Poisk unit.

The final task for the exit turned out to be winding Ethernet cables, which were dismantled at the beginning of the march, and other unnecessary items. Nowicki put himself in the right place and manually threw unnecessary equipment in the opposite direction of the station’s movement. Roll and other atmospheric things will burn in the future.

Based on: Russianspaceweb / Roskosmos / NASA

Don't Miss it Valheim creators hope we’ll start a new game after Hearth and Home
Up Next One UI 4.0 beta launched with Android 12 on Galaxy S21