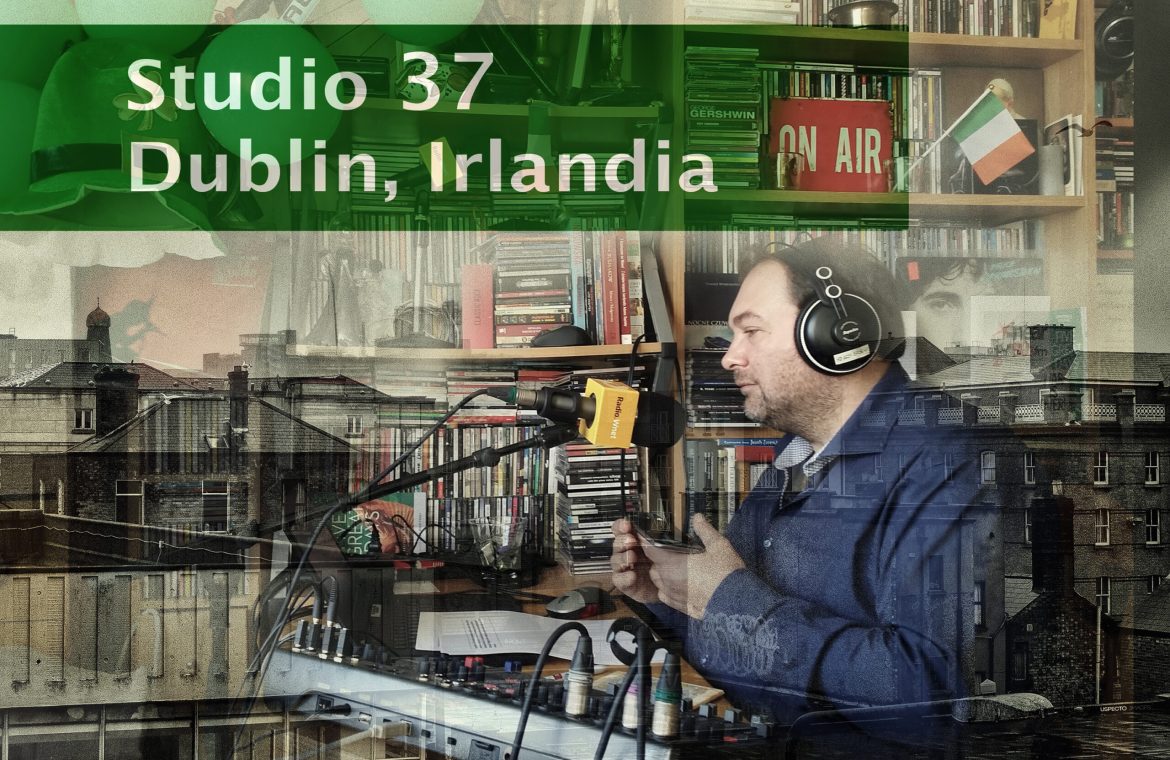 Boris Johnson resigned as Chairman of the Conservative Party and Prime Minister of Great Britain. Johnson’s decision was preceded by a wave of resignations from the British government. The circumstances of this event are widely commented on Tomash Wibranowski.

Here’s the full program to listen to:

Boris Johnson resigned on 7 July 2022 from two posts, Prime Minister of Great Britain and Leader of the Conservative Party.

However, he stated that he will remain in both positions until the UK’s Conservative Party appoints his successor.

Please note that the decision Boris Johnson It could make a difference in the foreign policy of Dublin and Belfast.

It is now clear that the clear will of the Conservative MPs is to have a new party leader, and thus a new prime minister. Johnson said in a statement outside the door of his Downing Street home.

Boris Johnson has admitted he was reluctant to resign as prime minister and has fought hard over the past few days to prevent that from happening. He considered it his duty to continue the mandate given to him.”

He explained that the reason I’ve struggled so hard in recent days to continue to pursue this mandate in person was not just because I wanted to do it, but because I felt it was my job, my duty, my duty to you.

In recent days, he has tried to convince colleagues in his Conservative Party that changing the government is eccentric.

Right now we have such a broad governing mandate and we are only a few points behind in the polls! Johnson said he regretted not being able to remain prime minister and head of the Conservative Party. He pointed out that the reason for this defeat was the “herd instinct” that prevailed in Westminster.

Meanwhile, US President Joe Biden said he expects continued close cooperation with the British government and the new prime minister. The US President said so

The United Kingdom and the United States are our closest friends and allies.

Joe Biden emphatically reiterated the view that the United States and the United Kingdom would continue to cooperate in many areas, with a particular focus on “Keep a strong and united approach to support the Ukrainian nation”.

Michael, Prime Minister of the Government of the Republic of Ireland On the other hand, Martin wants a new opening with Great Britain. Boris Johnson’s resignation as leader of the Conservative Party, and thus the removal of the Prime Minister of the United Kingdom, began the struggle for the succession of the now hated party leader.

It also has international consequences, as even Ireland expects that much in the relations between the two islands may change, as expressed by the Prime Minister of the Republic of Ireland, Michael Martin.

It was the Irish Prime Minister who said we could now count on a change in relations, a warming of relations, while at the same time calling on the UK to reset the political situation. – Polska-IE.com editor-in-chief and head of Wnet Radio’s Riverside studio, Bogdan Vierek, reports.

Taoiseach has stated that relations between Dublin and London have been very poor recently, and he hopes that with Johnson’s departure, the new Tory leader will shift his front against Ireland.

Prime Minister Martin has also called on the UK to quickly repair the relationship, even before the new government is formed, and this can be achieved by the Conservative Party banning some bills proposed by Boris Johnson and forcing them through Westminster. Martin was thinking primarily of the Irish Protocol, which has become a contentious political dimension both at the interface of international cooperation with Ireland and with the European Union as a whole.

I think there may now be opportunities to reset this relationship. Michael Martin said.

The Prime Minister of the Republic of Ireland also called on the incoming Prime Minister and leader of the Conservative Party to withdraw from the proposed changes in the Kingdom to Irish ProtocolAnd, above all, unilateral denunciation of this document.

Prime Minister Martin also proposed to the future Conservative leader talks about avoiding a hard border on the Irish island, as well as about the Northern Ireland Protocol itself and about Good Friday Agreement.

Michael Martin would also like to see the return of relations between Great Britain and the Republic of Ireland, as he puts it, “the spirit of compromise.” First of all, the spirit and essence of the Good Friday Convention. Bogdan Ferek concludes.

Also in attendance was Dublin studio Jacob Grappes, who, besides discussing sports topics, referred to the activities of the Irish opposition in light of the recent events at 10 Downing Street in London.

MEPs from Sinn Féin stress that Ireland has many failures. According to the announcements, a proposal from Sinn Féin will be presented to the Irish Parliament next week.

This is the typical political foam pump. Members of this party know very well that it will not work.

See what happens with prices and inflation. Shin Fen definitely wouldn’t want to be in power now.

They are preparing for the upcoming elections. Most likely, this party will win a large majority.

Adrian Meronck himself said that he is very happy and that this is just the beginning.

We hope to popularize this sport in Poland. It shouldn’t just be a sport for the rich.

But July is basically vacation time. Here are the first postcards from the time of the Cannicle from Ireland, from the western edge of the Emerald Isle.

The editor, Jacob Grabayas, also described in sad words what he found in the Consulate General of the Republic of Poland in Toronto (Ontario, Manitoba, Saskatchewan, Nunavut). He also reported what he had heard from our Polish-Canadian community which issued a very bad and bad censorship of our official consular diplomacy in Toronto.

Here you can listen to holiday postcards from the West of Ireland and an account of a visit to the Consulate in Toronto:

In the Sports window at Studio 37 Dublin, there was also, among other things, about Rafael Nadal who withdrew from Wimbledon in London due to an abdominal muscle injury.

Tomasz Wybranowski, Nadal’s previous match when using the so-called blockade of the courts in Paris is considered controversial and unfair. Jacob Grabayas looks at it more positively.

This is a serious injury. Playing with the blockade is pharmacological support, but it is a legal procedure.

We invite you to listen to the entire conversation with the editor Grabiasz. 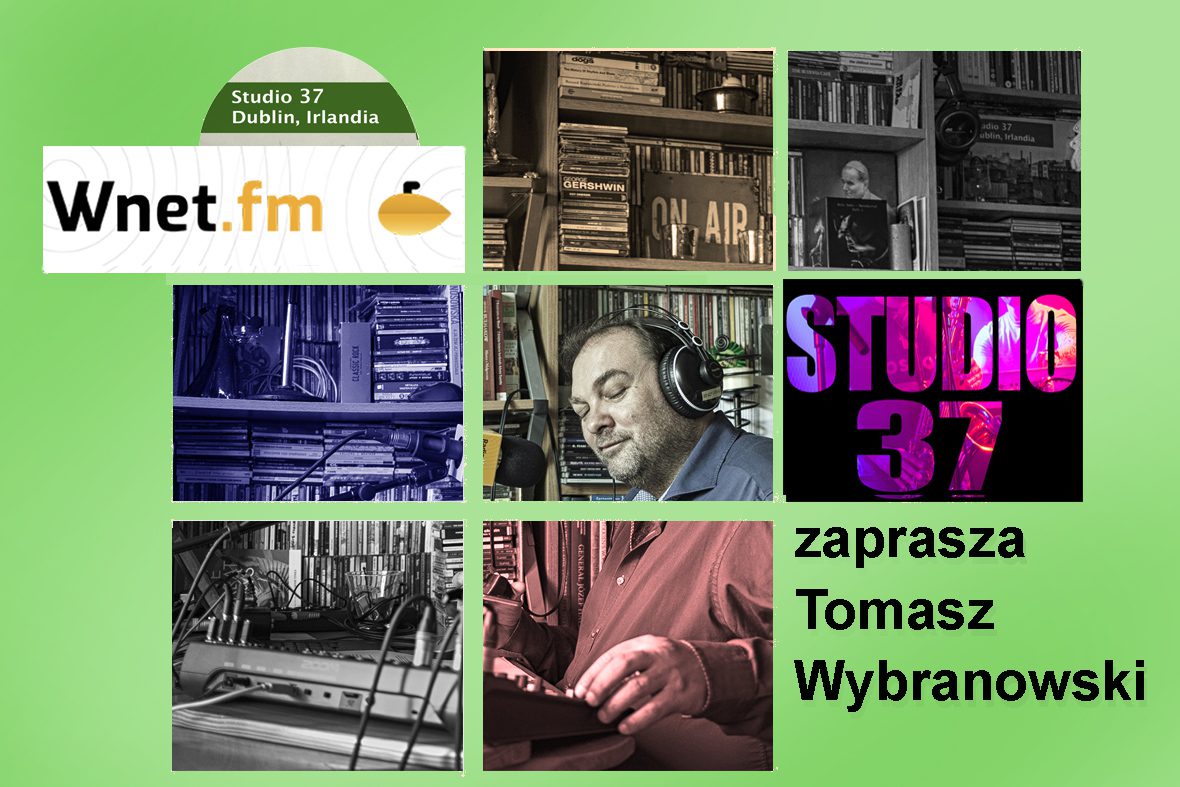