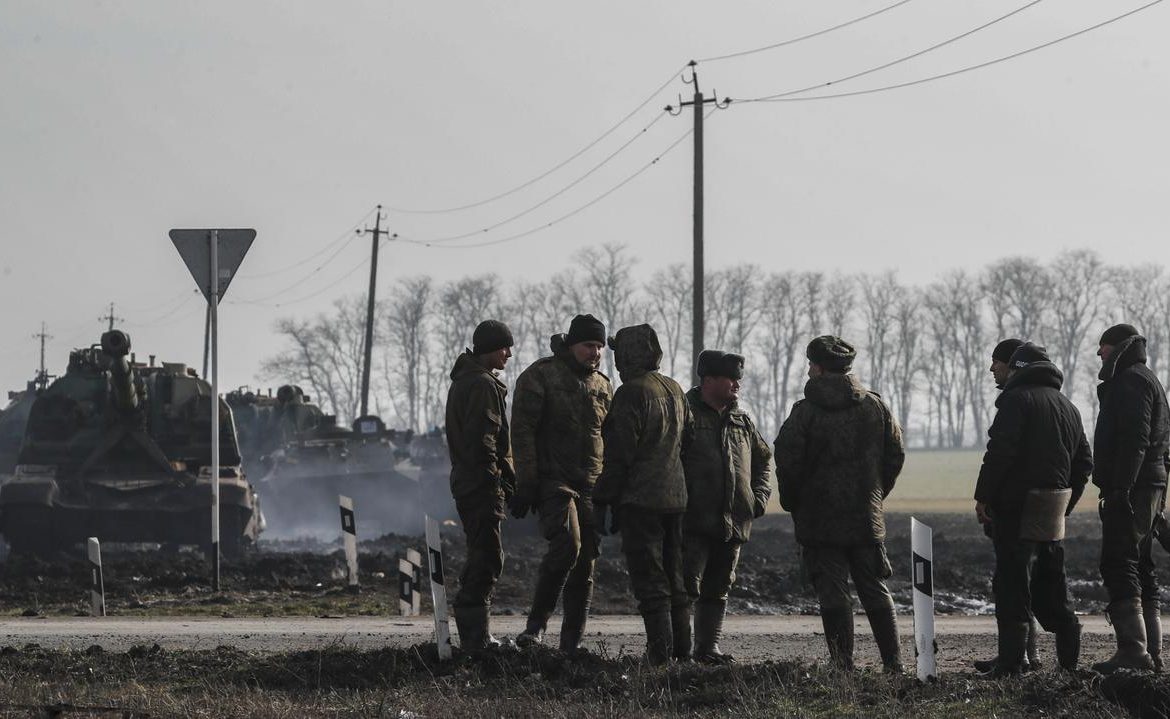 Russia recognized the independence of the two separatist “people’s republics” in Donbass. However, vague signals are coming from Moscow regarding the question of their borders. The Russian authorities have not yet clearly defined whether they recognize them in their current form, that is, within the territories controlled by the separatists, or whether they consider the entire provinces of Ukraine, Donetsk and Luhansk “republics”, as the BBC notes.

On Monday evening, Russian President Vladimir Putin was released Decrees on the recognition of independence, the so-called people’s republics – Donetsk (DRL) and Luhansk (LPR)Established by pro-Russian separatists in the Ukrainian Donbass and with their leaders, they signed agreements on friendship and cooperation. He also decided to send Russian troops there as “peacekeepers”.

Experts in Russia have already indicated that the border issue may be of key importance for the further development of events in the Ukrainian Donbass. 70 percent of the Donetsk and Luhansk states are under the control of Kiev, and Moscow has not yet questioned this affiliation. So far, Russia has considered only 30 percent of the oblasts controlled by separatists since February 2015, when the Minsk agreements were signed, the “republics” of Luhansk (LPR) and Donetsk (DRL).

Russian Deputy Foreign Minister Andrei Rudenko said on Monday that Russia recognizes the DPRK and the LPR “within the limits under which they exercise their powers and jurisdiction.” A similar version was provided by Svetlana Zhukova, Deputy Chairman of the Foreign Affairs Committee of the State Duma, the lower house of parliament. She said Russia would not recognize the “people’s republics” within the Donetsk and Luhansk states, which were wider than those already controlled by the separatists.

But Kremlin spokesman Dmitry Peskov said on Tuesday that “these are the borders that they (Democratic Republic of Congo and LPR) declared.” Meanwhile – as the BBC notes – when the separatists declared their independence, they considered the entire Donetsk and Luhansk regions of eastern Ukraine “republics”.

Russian Foreign Minister Sergei Lavrov said Tuesday that the issue of the borders of the breakaway republics recognized by Moscow would be resolved in the future, Interfax reported.

The authorities of the Luhansk People’s Republic (LPR) declared that they consider the entire Luhansk Oblast its “territory”. The so-called deputy head of the LPR parliament Dmytro Horoshilov said on Tuesday that there are “laws on the state border that clearly state that the territory of the Luhansk People’s Republic is the territory of the former Luhansk region.”

“The constitution of the DRC and the LPR contain borders within the Donetsk and Luhansk regions,” the head of Donetsk separatists, Denis Pozelin, said on Tuesday. Then he added, “Time will tell what the next steps will be.”

Don't Miss it Polish oak “Dinen” tops the poll for the European Tree of the Year. Will he be able to win?
Up Next CD Projekt RED thanks Cyberpunk 2077 fans in a special video