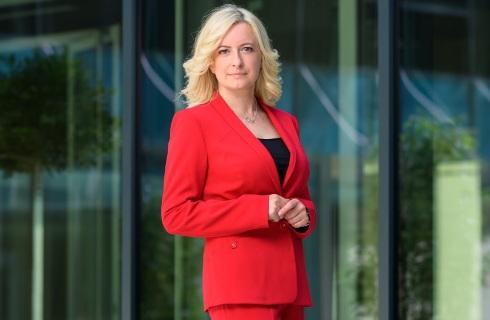 Krzysztof Koślicki: There is more and more talk about introducing a digital tax in the European Union. Do you think such an honor has a chance to emerge?

Monica Rosica: In July 2021, 130 countries, including Poland, signed a joint declaration of their willingness to develop new tax rules for large international companies. It’s also about taxing the so-called digital giants. The statement is the starting point for further negotiations on work on the project.

So there will be a tax?

The G7 aims to levy a digital tax on the largest tech companies of at least 15%. and introducing solutions that make tech companies pay taxes in the countries where they already do business. At the same time, companies that use at least 10 percent are taxed. margin. US Treasury Secretary Janet Yellen said the historic global minimum tax agreement would end the downward race in corporate tax and that the global minimum tax would also help the global economy grow by leveling the playing field for companies and encouraging countries to compete on a positive basis. On the other hand, German Finance Minister Olaf Scholz said that this is very good news for tax justice and solidarity and bad news for tax havens, and that companies will no longer be able to evade their tax obligations by spreading their profits to countries with the lowest taxes. In other words, the goal of the G7 digital tax deal is to increase revenue from large multinational companies such as Google, Amazon, Facebook, Microsoft, Apple and Netflix, which often report profits in countries where they pay little or no tax.

See also  Downton Abbey to get a sequel?

It has been calculated that the new regulations could bring in $50 to $80 billion in additional income. The agreement concluded between the United States, Great Britain, France, Germany, Canada, Italy and Japan, and the European Union, in turn, may lead to the fact that several tens of billions of dollars will go to governments, thanks to which they will be able to repay the debts incurred during the crisis caused by the epidemic. Significantly, governments will still be able to set any local corporate tax rate, but if companies pay lower rates in a country, their local governments can “maximize” their taxes, eliminating the benefits of shifting profits. I would like to add that the signing of the agreement has been accelerated Report Fair Tax Foundation, which shows that the tech giants of the so-called “Silicon Six” company cut their taxes by about $ 96 billion for the period 2011-2020. This has been seen as the practice of most major tech companies to shift their income to tax havens. For example, it was revealed that the Irish subsidiary of Microsoft paid zero CIT tax on $315 billion in profits last year because it is based in Bermuda for tax purposes.

Experts believe that in Poland, as a developing country, there is a need to stimulate and develop innovation and incentives for investors. Therefore, various types of exemptions and exemptions, such as special economic zones, R&D allowances, robotics or the Estonian CIT (where we have deferred tax payments until the profit is redistributed), are used to attract investors. However, the question must be raised in which direction the interpretation of the G7 Agreement will go and when its provisions will become effective in Poland. In my opinion, in the most negative scenario, there will be no preferences for CIT. This will be unfavorable to small and medium Polish legal persons, who are entitled to 9 percent. Income tax. Any inscriptions or solutions like Estonian CIT.

What will the digital tax settlement consist of?

Reform rests on two pillars whose assumptions have been shaped by the G7 agreement. The first is, in short, “new rules for income allocation” and applies to multinational companies with a turnover of 20 billion euros and a profitability of at least 10%. They will have to tax profits in the countries where they sell goods or provide services. The second pillar is the “global minimum tax” which will prevent all companies from generating at least 750 million euros in annual revenue from settling profits in tax havens. This will be achieved by introducing the global minimum CIT rate of 15% mentioned in the G7 Agreement. However, it should be noted that the average corporate tax rate in the G7 countries is 27%, and in the European Union it is an average of 21%.

When do we expect a new tax?

The turnkey solutions are scheduled to be implemented in 2023. Then the Pillar 1 and Pillar 2 solutions will be implemented. Then the preferential 9% may also disappear. CIT rate for small and medium-sized legal entities in Poland. Ultimately, we will likely encounter an increase in taxes, which will be charged to consumers and businesses by increasing the prices of products and services. The result will be a global increase in inflation, and the question is just how much will all of us bear. Corporations are not corporations and may at least partially compensate for lost profits.


Links in the article body can point directly to documents related to the . format LEX . program. To be able to view these documents, it is necessary Log in to the program. Access to document content in the LEX software is dependent on the licenses granted.

See also  Where is "Shang-Chi" broadcast online for free at home?