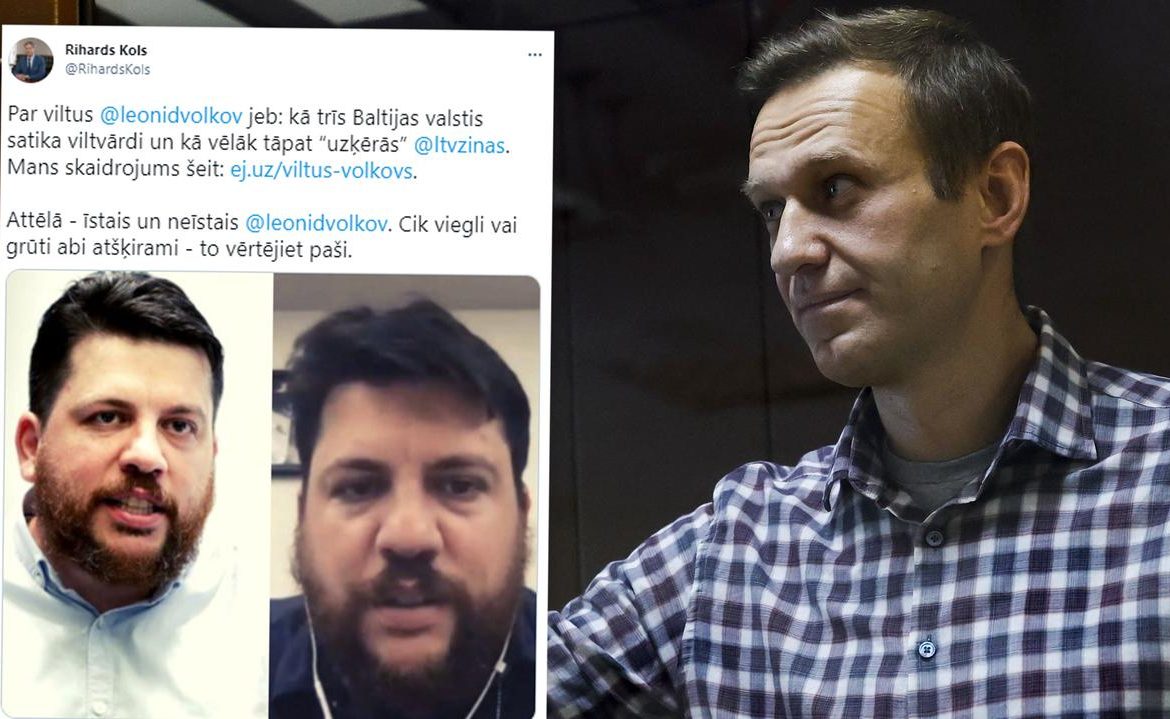 It was supposed to be a video chat with Leonid Volkov, Alexei Navalny’s chief of staff, and there was a conversation with an impersonation, created using the deepfakes technique. Deputies of the lower house of the Dutch Parliament have fallen into deception – according to the newspaper “De Volkskrant”. Volkov himself claims that he was a provocation behind the “Kremlin trolls”. Politicians from Great Britain, Lithuania, Latvia and Estonia were also deceived.

The Dutch newspaper De Volkskrant wrote on Saturday that on Wednesday there was a video conference between members of the Foreign Affairs Committee of the House of Representatives of the Dutch Parliament with the person who was to be Leonid Volksk – Chief of Staff of a Russian opposition activist. Alexey Navalny.

However, it turned out to be just a computer-generated animation. This was made possible by the deepfake technology, in which one personal feature is applied to others, while preserving facial expressions and gestures. Artificial intelligence is used to create such a video. The technology is so advanced that interference is invisible to the average person.

Read on KONKRET24: He was supposed to threaten politicians and beat women. The truth about deepfake technique >>>

A newspaper informant claims this was done very convincingly. The conversation was supposed to be confidential and take place “at the request of Navalny’s team”. Volkov himself claims that the “Kremlin trolls” are behind this provocation.

It turns out that the parliamentarians from Latvia, Lithuania, Estonia and Great Britain were deceived in the same way. This was confirmed, among other things, by the Chairman of the House of Commons Foreign Affairs Committee, Tom Tugendhat.

On April 21, he wrote on Twitter that “the Kremlin is so weak and terrified of Navalny’s power that it is organizing mock meetings to discredit him. Today they got to me.” On the same day, the Dutch parliamentarians were deceived.

Rihards Kols, who chairs the Foreign Affairs Committee of the Latvian Parliament, posted on Twitter a real photo of Volkov and a screenshot taken during a video interview with a fake character created by deepfake.

Kols explained that he was contacted via email by someone claiming to be Wołkow. The politician held a short video conference with her, during which they discussed support for Russian political prisoners and the annexation of Crimea. The Latvian MP admitted that he later realized that he might have fallen victim to a scam based on modern technology.

“It’s a very painful lesson, but maybe we can also thank lying Volkov for this lesson to us and our colleagues from Lithuania and Estonia” – he evaluated. “It is clear that the so-called decay of truth or the post-truth and post-truth era can seriously threaten the security and stability of states, governments, and local and international societies,” he added.

On Saturday, in a post on Twitter, he assessed that the deep faking with Volkov was “an attack on the Kremlin’s critics”. “He was supposed to make fun of her, but just by chance ended up reinforcing our determination to support the Russian opposition. Stay vigil and be democratic!” – added.

The entry was accompanied by a joint statement issued by the Foreign Affairs Committees of Estonia, Lithuania and Latvia on “cyber manipulation”.

In recent months, she said, operations using artificial intelligence had been carried out against politicians from Estonia, Lithuania, Latvia and the United Kingdom, among other countries. We read that “these attacks were aimed at spreading false information, discrediting the Russian opposition, undermining the support of politicians from the Baltic states for it, as well as sowing discord in democratic societies and among nations.”

The attacks were said to have targeted and ridicule Kremlin critics. However, as reported, they only strengthened their support for the Russian opposition.

We read: “The violent assertion of basic human rights, political processes, persecution of opposition leaders, and state-sponsored attacks are grave matters and we will continue to treat them as such.” He added, “We encourage you to be vigilant, but also to be open to communication,” noting that “representatives of true democracies” should be this way.

Deepfake in the era of video conferencing

De Volkskrant quotes new media expert Jarno Dorsma as saying that everyone expects to someday use deepfakes in politics. And this, he says, is very annoying. “We live in a world of video conferencing. Currently, we no longer guarantee that we are talking to the person you claim to be,” says Dorsma.

Robin Brickelmans, one of the dupes, thinks the situation is very worrying. The deputy told the newspaper, “This may discourage the deputies from talking to foreign opposition parties. Maybe that was the goal. We cannot surrender to it, but we must make sure that we will be able to speak safely.”

Read on KONKRET24: We can’t avoid deepfakes on the web – scientists say it can be verified >>>

Don't Miss it The student begins to talk about spaces that have shrunk during the pandemic
Up Next Highway: Cardiff Grand Prix has been canceled. Will the original plans fail?