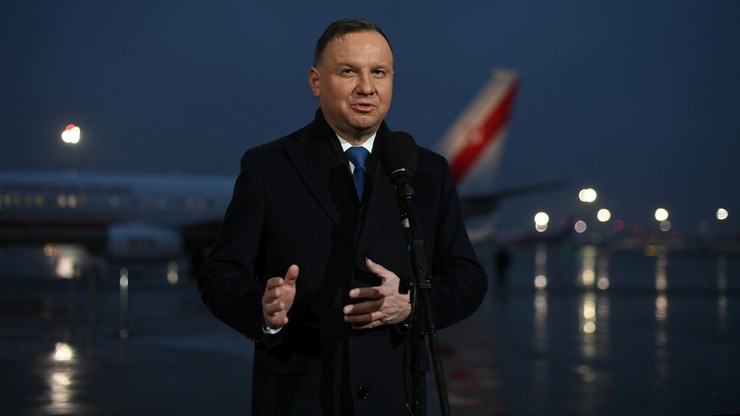 The President emphasized in the entry that “Poland and Canada continue their efforts for the territorial integrity and prosperity of Ukraine as well as freedom and democracy in Belarus.” He added that Poland and Canada share the same opinion about the source of threats to the stability of the region.

Canadian Prime Minister Justin Trudeau spoke on Saturday with Ukrainian President Volodymyr Zelensky. According to the head of the government’s press office, “the prime minister and the president discussed their common concerns about the increased presence of troops in Ukraine and at the border, and about aggressive and destabilizing actions by Russia.” Trudeau reiterated Canada’s “continued support for Ukraine’s sovereignty and territorial integrity, and stressed that any further entry into Ukraine would have serious consequences, including coordinated sanctions.”

Trudeau reiterated Canada’s previous position that “the security of Ukraine is also the security of Europe and all democratic nations committed to upholding the fundamental principles of international law and state sovereignty.”

The Canadian Prime Minister also spoke with the President of the European Council, Charles Michel, about Ukraine on Saturday. The statement after the interview talks about the need to find a diplomatic solution, and the two politicians stressed their support for Ukraine’s sovereignty and territorial integrity.

See also  The number of abortions has decreased in Germany. What are the reasons for this?

Canada is maintaining a military training mission in Ukraine as part of Operation UNIFIER and at the end of January this year. It was extended until the end of March 2025. Canada also decided to provide Ukraine with military equipment, including intelligence systems, as well as personal protective equipment for soldiers

Don't Miss it BEIJING 2022 – Curling: Britain securely triumphed, US still plays important role in semi-final struggle
Up Next Awakening is coming to PlayStation