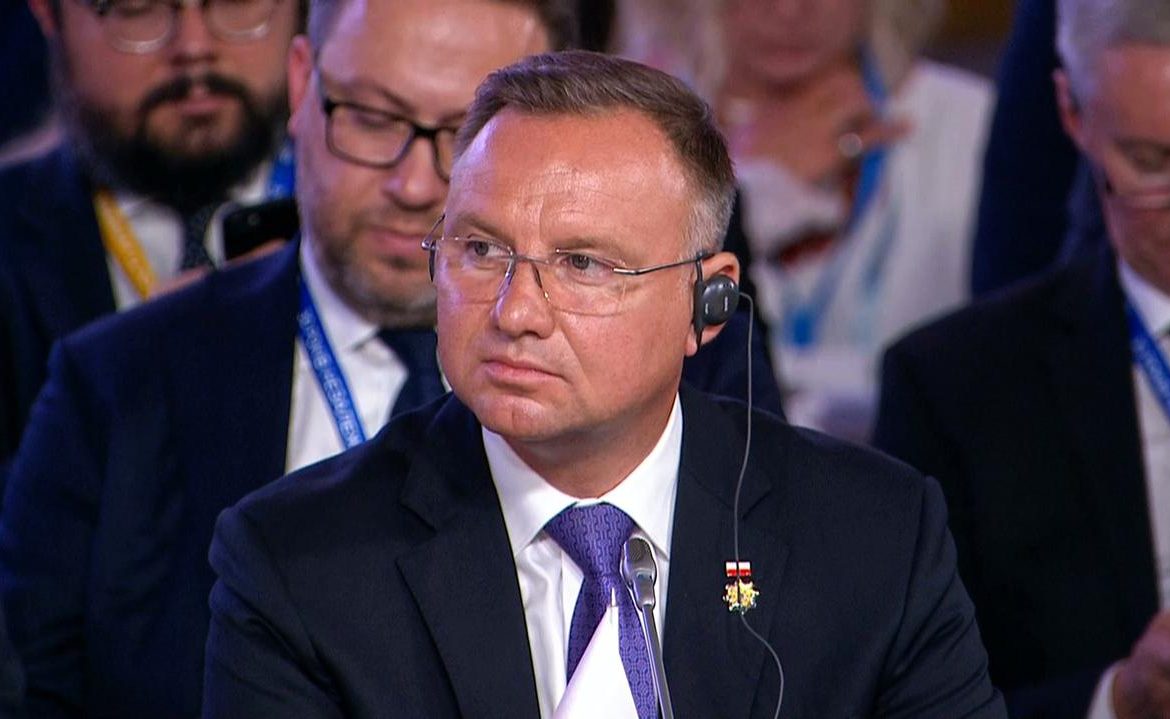 We are not indifferent to the issue of Crimea and none of us will be indifferent to the apparent violation of international law and the destruction of the territorial integrity of Ukraine – President Andrei Duda emphasized in Kiev during the summit of the Crimean Platform. – We are aware that Ukraine alone will not be able to restore Crimea. Ukrainian President Volodymyr Zelensky said that we need real support at the international level in this matter.

The Crimean Platform Summit, a Ukraine-initiated project dedicated to Russia-occupied Crimea, began Monday morning in Kiev. The summit is attended by representatives of more than 40 countries and international organizations, including President Andrzej Duda.

– Today, for the first time since the beginning of the occupation of the Ukrainian peninsula, this issue is being addressed at the highest international level – President of Ukraine Volodymyr Zelensky said – he welcomed the 46 delegations that participated in this event.

He said that after the annexation, Russia tripled its military presence on the peninsula, which is now a “military base” and a territory where people’s rights and freedoms are systematically violated. The head of the Ukrainian state said that the occupation of Crimea calls into question the effectiveness of the entire international security system, including the principles of territorial integrity and inviolability of borders. He added that without restoring confidence in this system, no country can be sure that part of its territory will not be occupied.

Zelensky emphasized that Ukraine would do everything in its power to “remove the occupation” of the peninsula so that “Crimea and Ukraine become part of Europe.” – We are aware that Ukraine alone will not be able to restore Crimea. He added that we need real support at the international level in this regard. – The President stressed that our joint actions can (…) stop the aggression in the temporarily occupied territories, not only in the Crimea, but also in the Donbass.

As he said, “Ukraine, together with friends and participants of the Crimean podium, has begun to write a new chapter in the history of the country, in the history of Ukraine’s Crimea.” – This is a chapter on deocuption. Zalensky said that removing the occupation is my ultimate goal, the ultimate goal of our country, and the work of the Crimean platform.

President Andrei Duda welcomed the audience in the Ukrainian language and began a speech in this language, to which those present in the hall responded enthusiastically. He stressed that the words ‘occupation’ and ‘partition’ were used quite often in Poland. – In Poland, we know very well what it feels like to lose your property and dignity and try to deprive yourself of your national identity and are told, “This is no longer your country.” That is why I stand here today to say clearly to our Ukrainian brothers: the Poles understand your situation, your feelings and your suffering, you can count on our support – said Duda.

In our country, the word “solidarity” has a special force. Ukraine today needs international solidarity in an extraordinary way. The Polish President said that our meeting today is an opportunity to express solidarity with the Ukrainian and Tatar people and to inform the world that we do not recognize the illegal occupation and annexation of the Autonomous Republic of Crimea and Sevastopol by the Russian Federation. He emphasized that the Poles knew well from the history of their region what it meant to leave the Allies in a moment of danger and how painful their indifference to suffering. As we felt when, in 1945, our allies betrayed us by communicating with Stalin, leaving us in the Soviet sphere of influence, behind the Iron Curtain – Duda noted.

As he said, “today’s meeting is also an opportunity for us to clearly say that we are not indifferent to the Crimean issue.” The President said: – None of us gathered here will be indifferent to the clear violation of international law and the destruction of the territorial integrity of Ukraine. – We will not be indifferent to the great human tragedies occurring in Crimea. Duda said that unlawful arrests, deportations, disappearances, torture, inhuman treatment, intimidation, confiscation of property and discrimination based on nationality, origin or religion have become part of the daily life of Crimeans.

– Crimea is Ukraine – everyone in Kiev knows it today. President Duda said in his speech that we do not agree with a different narrative. – He added: “I sincerely trust that the decisions we have taken today will contribute to consolidating the conviction in the international community of the need to work continuously and steadily to reverse the effects of illegal annexation.”

The President emphasized that, in his opinion, the most important common task was to translate today’s decisions into concrete actions by the international community in a spirit of solidarity. – I think we can do that. I can assure you that Poland is and will be an active participant in the Crimean platform – said the President of the Republic of Poland.

Don't Miss it USA: Hurricane Henry turned into a tropical storm. 140 thousand people without electricity
Up Next Cyberpunk 2077 still has a chance for a multiplayer mode