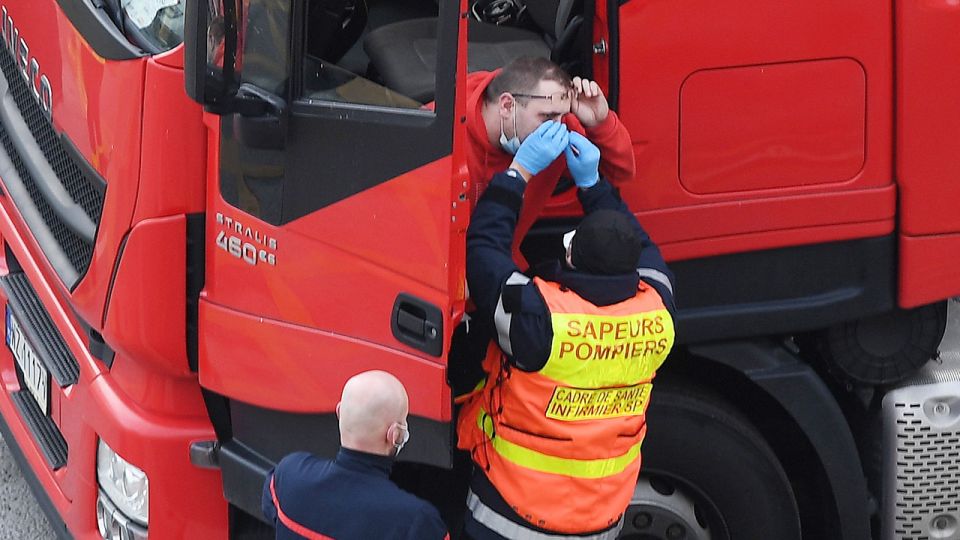 British Transport Secretary Grant Shaps said on Saturday that 15,526 tests have already been conducted for the presence of the Coronavirus among drivers awaiting the possibility of leaving the UK for France, of whom only 36 have tested positive.

Near the port of Dover in the British province of Kent, 30 soldiers from the territorial forces have been serving since December 25, who have helped carry out tests …

He added that the former Manston Airport, which has been used as a stop for several thousand trucks in the past few days, is already empty and no more will be directed to it.

Update on the condition of the Kent truck: 15,526 tests have been carried out for coronavirus. Only 36 positive results are under verification (0.23%). Manston is empty now and trucks shouldn’t go there anymore. Many thanks to all of those who have worked tirelessly during the past few days to limit the massive disruption caused by the sudden closure of the French border: the police, army, planners, local authorities, charities and border workers – all gathered to provide food and drink in a difficult situation to transport companies, ”wrote Shabs on Twitter .

Manston is now empty and the trucks shouldn’t go there, please. pic.twitter.com/RPBC5Rsd2C

A negative Coronavirus test result is required to enter France. The British army and a group of Polish soldiers and French firefighters are assisting in their implementation. As of Friday evening, soldiers from the 12th Wilkopolska Brigade for Regional Defense and the General Command of the Armed Forces participated, and the previous night a group of Polish doctors. The Poles were the largest group of drivers waiting to cross the English Channel.

See also  Riz Ahmed in "The Sound of Metal". Darius Marder's movie is already in theaters

The resulting congestion is a result of the decision of France, which last Sunday closed the borders to those coming from Great Britain for 48 hours due to the new alternative to the Corona virus spreading in England, and this applies not only to passenger movement, but also to the transport of goods. The border was opened on Wednesday, but only for people who tested positive for the coronavirus.

Friday evening, Shaps reported that more than 4,500 trucks had already passed through to France.

Don't Miss it a. J. Dobosz: The double closure of libraries was an overwhelming experience for human beings
Up Next Brexit and roaming. UKE is notified of the changes from January 1