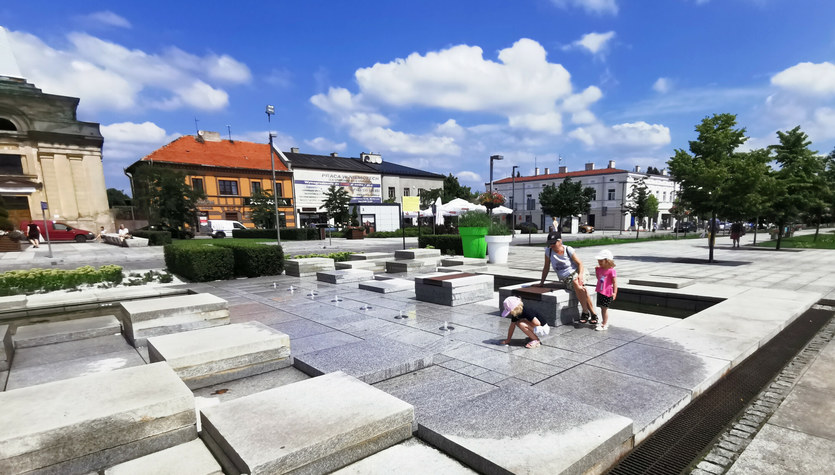 The concrete jungle is a characteristic phenomenon of modern cities. The dynamic pace of urbanization, increasing the density of buildings and, at the same time, reducing the amount of green space within the city are among the most urgent problems faced by residents of large cities and small cities.

The problem of the growing lack of green space in cities is exacerbated every year, and photos of hot streets and sidewalks are circulating on the Internet, which does not cause laughter so much shyness and anxiety.

Jan Minkwil in 2020 in his book “Concrete. How Polish Cities Are Ruined” formalized the phenomenon of pouring concrete into large spaces and getting rid of green spaces. This term was previously used in public places, but due to the aggravation of the environmental and climatic crisis, it has acquired an additional meaning. Is “revitalization” in the spirit of concrete beneficial to cities and their inhabitants? Not necessarily, says Minquel.

The authorities do not fully understand that we need nature in the city. Wildlife has different functions, so the more available it becomes, the greater our chance of escaping from the hustle and bustle of the city.

An urban space dominated by concrete that stores large amounts of heat. Throughout the year, all the buildings along with the road infrastructure store heat and then slowly emit it, causing people to feel unbearable heat.

Tightly adjacent blocks and skyscrapers contribute to reducing wind flow, which also increases the level of “congestion”. Strong winds are an ally in the fight against heat and air pollution. Vehicles, industrial plants, and refrigeration equipment such as air conditioners emit additional heat.

Concrete pouring is inevitably accompanied by an incomprehensible phenomenon, such as cutting down trees and shrubs and replacing them with decorative small trees in pots. From time to time we also hear about the revitalization of parks and green spaces, which is also associated with disrupting the rhythm of nature and pouring more concrete. City centers turn into hot islands of heat and markets glow with concrete. 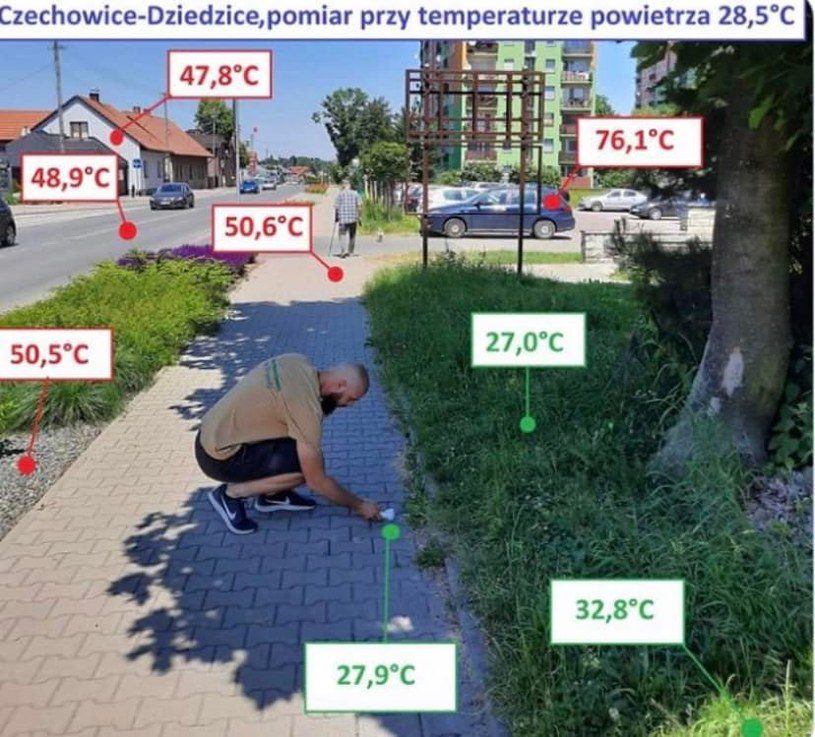 The measured temperatures in the city meadow and sidewalk are about 30 and 50 °C respectively at an air temperature of about 29 °C.
/Czechovists for Nature /Facebook

The lack of green space in the city affects many areas of life, resulting in: 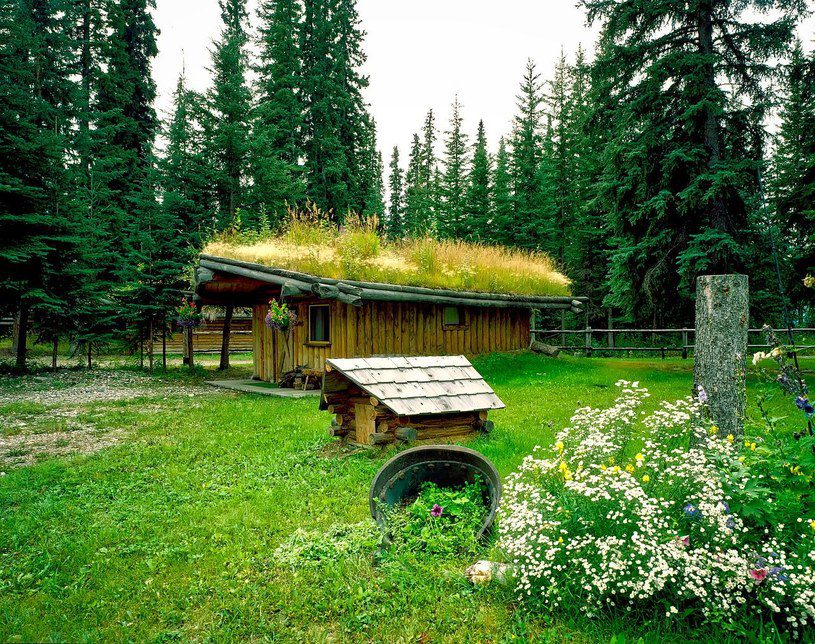 Green roofs are an environmental way to fight concrete. It can arise in both urban and rural areas
/pixabay.com

Concrete is an intrusive phenomenon and difficult to control, but You can handle it. The solution, for example, is new building technologies that use environmental and sustainable methods. One of them is green roofs, that is, planting special plants on them. These green roofs have a number of functions, from cooling in the summer to insulating in the winter, and maintaining biodiversity by attracting pollinators.

white surfaces It is an alternative to dark ceiling coverings that are getting hotter. innovations like Environmental asphalt or modular clay tiles Establishing a new direction for the organization of urban space and infrastructure. The clay also removes moisture.

And if we absolutely want to use concrete as we renovate our cities, low-emission concrete may be an alternative. It can have up to half the emissions of those developed over conventional cement.

The obvious way to fight concrete is to preserve the landscape and enrich the space Pocket Gardens or implementation The green areas are called woonerfami.

Despite the reactions of residents, activists and environmentalists, the concrete wall built by officials, developers and investors remains impenetrable. The 2017 Nature Protection Act also contributed to the disappearance of green spaces in Poland. At that time, a sudden increase in the number of concrete roofs and new buildings was observed, as well as an increase in logging, which we unfortunately encounter so far.