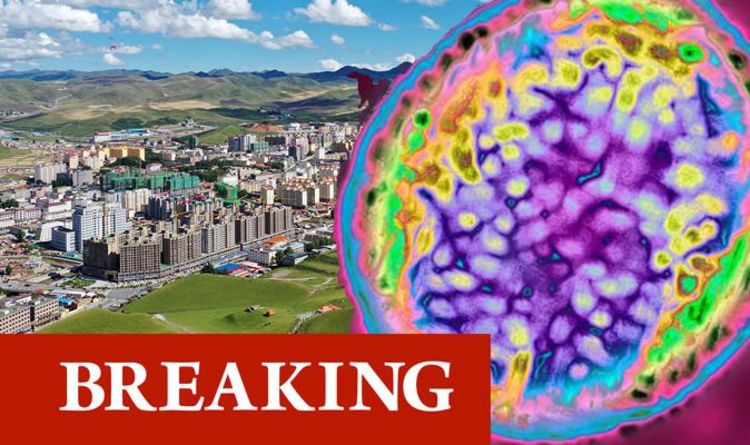 So far, 3,245 people have tested positive for brucellosis, while 1,401 people are suspected of having the disease. Symptoms of the disease, also known as Malta fever or Mediterranean fever, include fever, headache, muscle aches and fatigue.

The outbreak comes after a leak at the Zhongmu Lanzhou Biological Medicines Plant, which is believed to have occurred between late July to August last year.

The Chinese government newspaper Global Times said: “The number is much higher than expected and has raised widespread concerns about the spread of the disease and its consequences.”

The factory used expired disinfectants and sterilizers while producing brucellosis vaccines for animals.

Then the polluted exhaust gas formed sprays that contained bacteria and seeped into the air.

By November, infections at the factory were increasing, and by the end of December, at least 181 people had tested positive for brucellosis, according to the state-run Chinese news agency Xinhua.

“It is one of the most serious incidents due to the large number of people involved,” said Professor of Veterinary Medicine at Yangzhou University Zhu Guoqiang to the South China Morning Post in Hong Kong.

“I am not sure that the bacteria they were exposed to in the exhaust air from the vaccine production process were as toxic as those found in patients who came into contact with infected animals.”

It is said that the possibility of human-to-human transmission is extremely rare.

Most people are thought to become infected by eating contaminated food or inhaling bacteria.

Brucellosis is an infectious bacterial disease that is transmitted from animals to humans.

It usually occurs in dogs, sheep, cattle, goats, and pigs.

This news comes as China remains at the heart of the COVID-19 pandemic as the invisible, deadly disease continues to spread in the country where it originated in December of last year.

On Thursday, the National Health Authority of China announced nine new cases of COVID-19 as of September 16, down from 12 the previous day.

The National Health Committee said in a statement that all the new cases were imported infections, including travelers from abroad. The number of new patients without symptoms also decreased to 14 from 16 the day before, although China does not count these patients as confirmed cases.

The total confirmed cases of COVID-19 in mainland China now stands at 85,223, while the death toll remains unchanged at 4,634.

Don't Miss it Coronavirus: Care homes in England for an additional £ 546 million in funding
Up Next How to Watch the Europa League Match for Free – Match start time, TV channel and team news