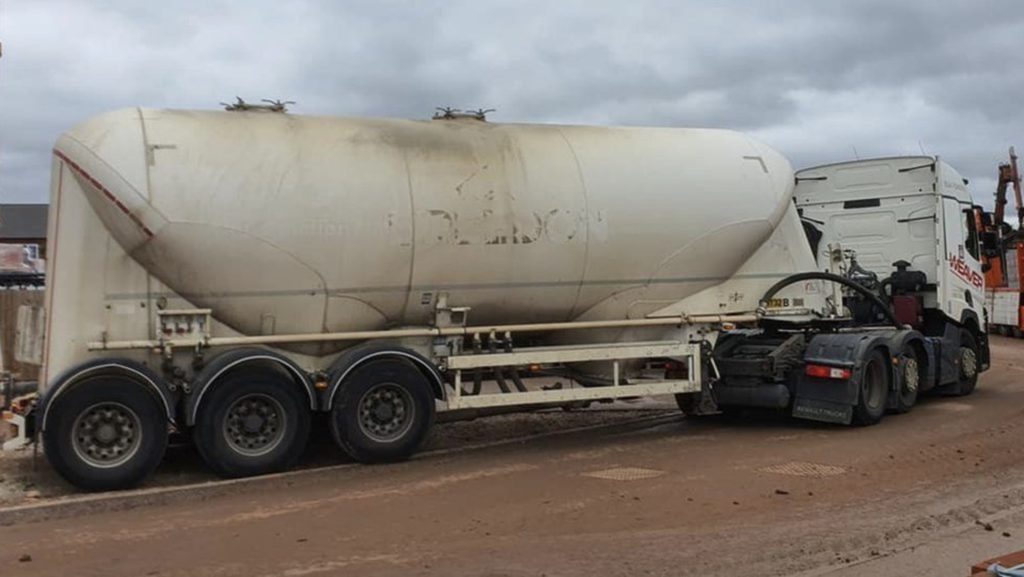 Mad Max’s next book already knows they’ll be filming in the UK.

The UK’s fuel crisis is not funny. The funny thing is that the British brought it upon themselves to vote for Brexit, which, among other things, caused a shortage of truck drivers. This is the only reason why there is no fuel at the stations. Everything else is a tragedy, it is so dangerous that the military got involved to help deliver fuel to gas stations.

Recently, he started his career on social media Tik Toku, where the Tesla owner makes fun of users of internal combustion cars. He pretends to go refuel, but comes back a little later because he doesn’t have to refuel in the electric car. The end of the joke. The so-called life. In the UK, 20 cars were following a cement truck, thinking it was carrying fuel.

The silo is not a cistern

Drivers in Great Britain must be in great despondency, as they follow the tankers, hoping that if they continue to drive one they will eventually refuel. That’s why they follow Johnny Anderson.

This professional driver was driving a silo truck that, with a little goodwill, could be mistaken for a tanker. The difference is that the silo carries bulk materials, and the tanker carries liquid, such as fuel. From good intentions to panic in the eyes, it seems, not far away.

Johnny Anderson once noted that he was followed by about 20 cars that did not attempt to overtake him, although he was clearly slower. When he turned around to the construction site, some of them started honking. He came down, thinking they were indicating a problem with his car. Then the question was asked, to which gas station will he go? The drivers behind him believed that he would bring fuel to the stations, and if they followed, they would be the first to refuel. When he explained to them that he was carrying cement, he complained that he had not stopped before and told his followers that he was not carrying fuel.

Mad Max 5 – Under the dome of Brexit

Scenes like Mad Max have yet to happen, the Brits may not have been ready for the fuel fights yet. However, I wouldn’t rule out a small ascent on a tanker. I wonder when someone comes up with the idea that the tanker driver if he doesn’t mistake it for a silo, stop it and sell all the fuel in buckets? Then it will be like Mad Max.

If you’ve ever laughed at people who put plastic bags in their pockets when they went to a wedding, Brits are close to the same. I suspect that if the silo turned into a cistern, they would get it in the middle of nowhere and even fill their galoshes with fuel. Electric car drivers should be very happy now.

Don't Miss it Lady Project. Learn to dance and amazing scenery. “I wanted to get out of there”
Up Next Leaving the European Union will hurt the British economy more than the epidemic