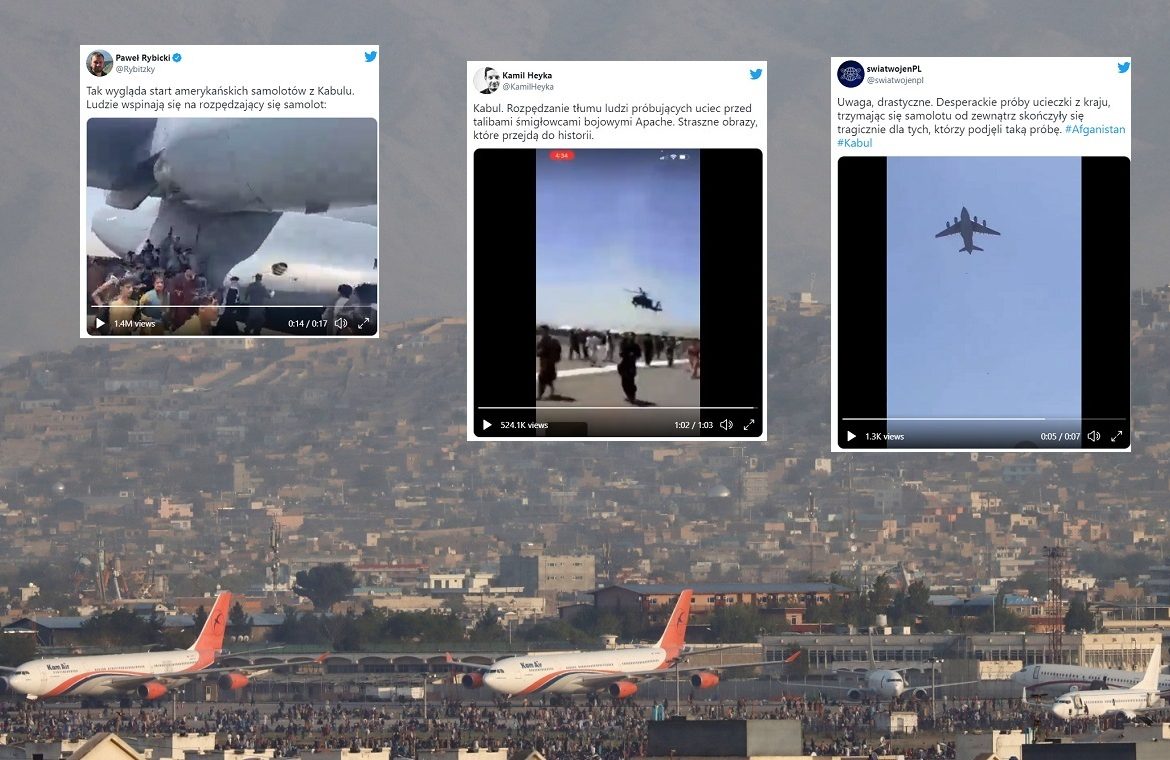 On Monday, Pentagon spokesman John Kirby said an additional 1,000 US troops would arrive at Kabul airport, bringing the unit’s size to 7,000. The army killed two armed men at the airport on Monday.

According to the information presented during the conference call, there are currently about 2.5 thousand people at the Kabul airport. Soldier, but their number is constantly increasing, and will eventually reach 7000.

The newest division, like previous ones, will come from the 82nd Airborne Division based in Fort Bragg, North Carolina. And Monday is the third day in a row that the US administration announces the dispatch of additional reinforcements to secure Kabul Airport.

A Defense Ministry spokesman said two armed men were shot dead and opened fire on the crowd. One soldier was wounded. The US Department of Defense (the Pentagon) added that evacuation flights were temporarily suspended to clear the yard of the crowd that prevented aircraft from taking off and landing. American and Turkish soldiers take part in the operation.

Kirby reported that several hundred people have been evacuated from Kabul since Sunday.

Earlier, the Palestinian Authority Agency, quoting a Pentagon representative, reported that the commander of the US Central Command, General Frank McKenzie, met with Taliban representatives on Monday, warning them that attempts to interfere in the evacuation would be met with a strong US response. .

Shock at the pace of the Taliban offensive in Afghanistan and the dramatic scenes at Kabul airport were expressed by Italian evacuees, who flew to Rome on Monday by military plane. About 20 Afghan collaborators came with them.

– The Taliban treat people like animals. They lead men on a thread. What is happening in Kabul? Video and photos

– History repeats itself? The evacuation of the US embassy from Kabul and Saigon. Internet users compare photos. “unbelievable!”

74 people returned in a special plane sent by the Ministry of Defense in Rome to Kabul, including the Italian Embassy staff led by Ambassador Vittorio Sandali, as well as the Agency for Development Cooperation and Italian Afghan collaborators.

Part of my heart remains in Afghanistan with our partners. There were people who trusted us and hoped to come to Italy to avoid the risks as the situation deteriorated. It was changing fast and we’re still shocked

– said the representative of the Italian agency Domenico Frontoni after landing in Rome.

He explained that at Kabul airport, all departures to Rome were protected by policemen.

We also had dramatic moments there, because the plane was ready to take off, but there was a riot there and we didn’t have permission to leave.

The director of the agency, Giuseppe Grandi, admitted that in moments of chaos on the tarmac, some people also tried to board the Italian military plane. Assessing the situation in Afghanistan, he said that it was a “highly unpredictable country and this is one of the classic examples of unpredictability”.

My heart is broken

I have been in Afghanistan for 11 years. At first, I saw hope for a country that could thrive. Now we see you in a big crisis and the situation is getting worse

– Values. He hoped to complete the evacuation of everyone to Italy. He explained that the upcoming flights are scheduled for Tuesday and Wednesday.

We were also surprised by how quickly the Taliban attacked. But we managed to prepare ourselves quickly enough to face all the difficulties

– said an Italian worker in the emergency organization after landing in Rome. He added that since the fighting started, more and more wounded were taken to the hospital where he worked.

Yesterday we received 65 wounded, yesterday 80 wounded in clashes and riots

It is to explain. The representative of the organization confirmed that it would not leave Afghanistan. He also added, those who are indispensable are returning to the country.

One of the evacuees from Afghanistan, numbering about 20 citizens from the Italian side, stressed the following: “I fear for those who worked with us and they may die now. The Taliban are looking for them from house to house. We have left thousands of people to risk their lives. The situation is difficult. very much. May the international community save them.”

An Afghan doctor working with Italy’s Development Cooperation Agency said: “We have left other colleagues in Kabul and don’t know how to help them or what we can do. They are women who can’t go anywhere; Abandon them now.”

Our hospitals are deserted, there are no medicines, and patients are dying. Children have nothing to eat

As he indicated, he believed very much in the changes in the country, and now he is disappointed.

German Foreign Minister: We misjudged the situation in Afghanistan

“We all misjudged the situation,” German Foreign Minister Heiko Maas admitted during Monday’s press conference in Berlin, devoted to the situation in Afghanistan after the Taliban took power.

There is nothing to hide: We have all misjudged the situation – the federal government, the intelligence services and the international community

Honesty requires that we formally acknowledge it

– added. He stressed that “no one predicted the speed with which the Taliban captured Kabul.”

It is now important for the federal government to “save as many people as possible out of this situation”.

Maas described the images from Afghanistan, especially those of desperate people at Kabul airport, as “extremely distressing”. The circle of people who will be accepted in Germany should be expanded – said the minister. However, he admitted that it is still not clear how these people can reach the airport under the current circumstances.

At the special meeting of the European Union’s Council of Foreign Ministers on Tuesday, Maas wants to insist on adopting a common position. He is convinced it will work.

It is now up to the Afghan government to negotiate the transfer of power and to ensure the peaceful course of this process.

From everything we hear, there will be an interim government in Afghanistan

The Afghan Taliban entered Kabul on Sunday. Taking advantage of the withdrawal of the international military forces led by the United States, they took control of the country. The previous US-backed government collapsed, and the country’s president, Ashraf Ghani, fled abroad.

Don't Miss it Great Britain. Boris Johnson announces the closure of London and southeast England for Christmas
Up Next A CNN reporter wears a headscarf. The journalist’s photo was circulated by the network