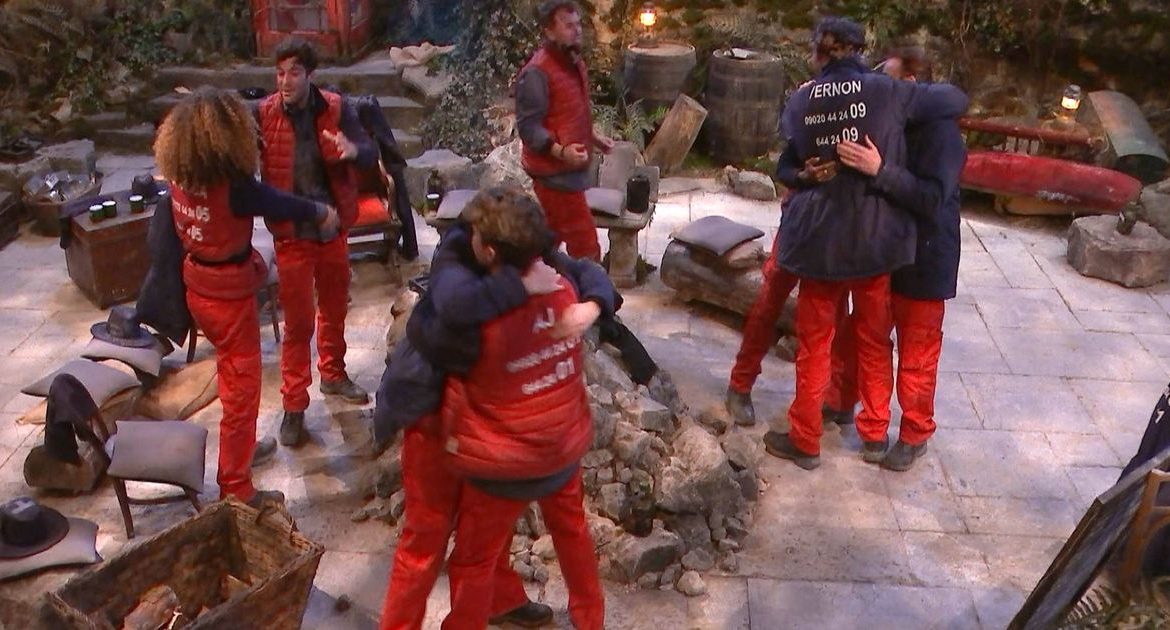 Russell Watson and Jess Plummer became the latest stars to be kicked out of Tonight’s I’m A Celebrity in another surprise double elimination.

The camp was distraught tonight as they suffered another great loss to the castle.

Jess and Russell joined Ant and Dec, and they admitted they were feeling mixed “after finding out that they were the last ones to leave.

After watching his best, Russell said he felt “the passion”.

“It reminds me to have a good time there,” said the theater star.

He also said he “took every opportunity” to sing in an effort to boost morale – but was upset when he was reminded of Rancid Rotisserie’s experience.

Speaking of her own experiences, EastEnders actress Jess described the time she spent on the show as an “emotional rollercoaster”.

“I feel like [we’ve] She said, “I was in that castle and it was our home for what looked like ages. I’m a little scared cat!”

“But I am proud that I did not quit,” she added.

Asked who she would like to win on the ITV show, Jess said, “I’d like to see Giovanna win.”

Meanwhile, Russell said, “I would like AJ to win it but I think Shane will win it.”

First out of the castle was Holly Arnold MPE on Friday, followed by stage star Ruthie Henschel on Sunday.

The 2020 winner will be announced on Friday.

See also  Prince Harry and Meghan Markle will travel to England. Will they reconcile with the royal family?
Don't Miss it Coronavirus: Rules for Level 2 Covid Exclusion Zones including Portsmouth, Southampton, Winchester, Basingstock, Gosport, Havant, Farham, West Valley, Hart, Worshmore, and New Forest
Up Next COVID-19: An atmosphere of revolution in Ribble Valley as the area moves to Level 3 – although cases drop | UK News