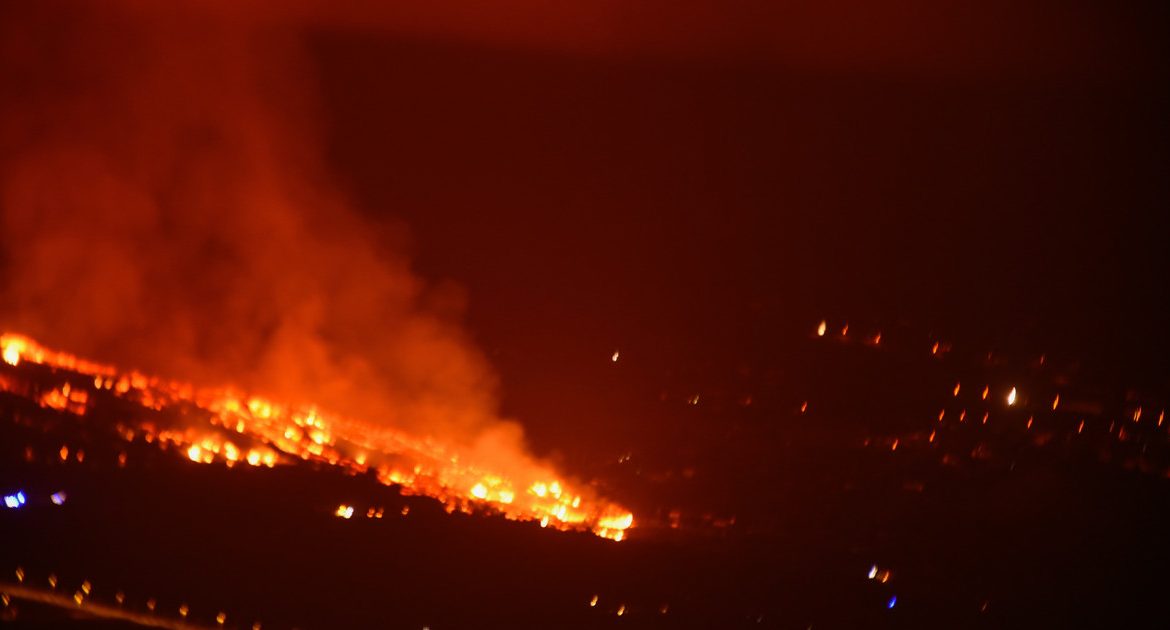 Late Sunday evening to the Canary Islands Prime Minister Pedro Sanchez has arrived. The Spanish Prime Minister canceled his trip to New York to attend a session of the United Nations General Assembly in order to closely follow developments in the situation on the island of La Palma.

The volcano erupted on Sunday at 15.20 Canary time in an uninhabited forest area, however, five nearby municipalities are on alert. Even before the explosion, about 300 people were preventively evacuated from there.

Regional government sources said no one was injured so far, although magma emerging from the volcano has seeped over a road and approached several areas. Many homes were destroyed in this area.

According to experts from the Canary Islands Volcanic Institute (Involcan), the eruption in the Cumbre Vieja region is fissure-type, which means that the fractures opened due to the accumulation and pressure of underground magma in the ground.

Currently, there are at least seven such fissures, through which lava and glowing stones appear.

The local government has asked people not to leave their homes to avoid respiratory and eye injuries, and even open wounds from falling ash.

Comber Vieja na La Palma It is one of the most active volcanic complexes in the Canary Islands. The volcano last erupted in 1971, spewing lava for more than three weeks. The increase in its seismic activity has been recorded since 2017.

Don't Miss it California is the US state “most ready for cryptocurrency”
Up Next Norwegians want to reduce hurricanes – new technologies at INTERIA.PL