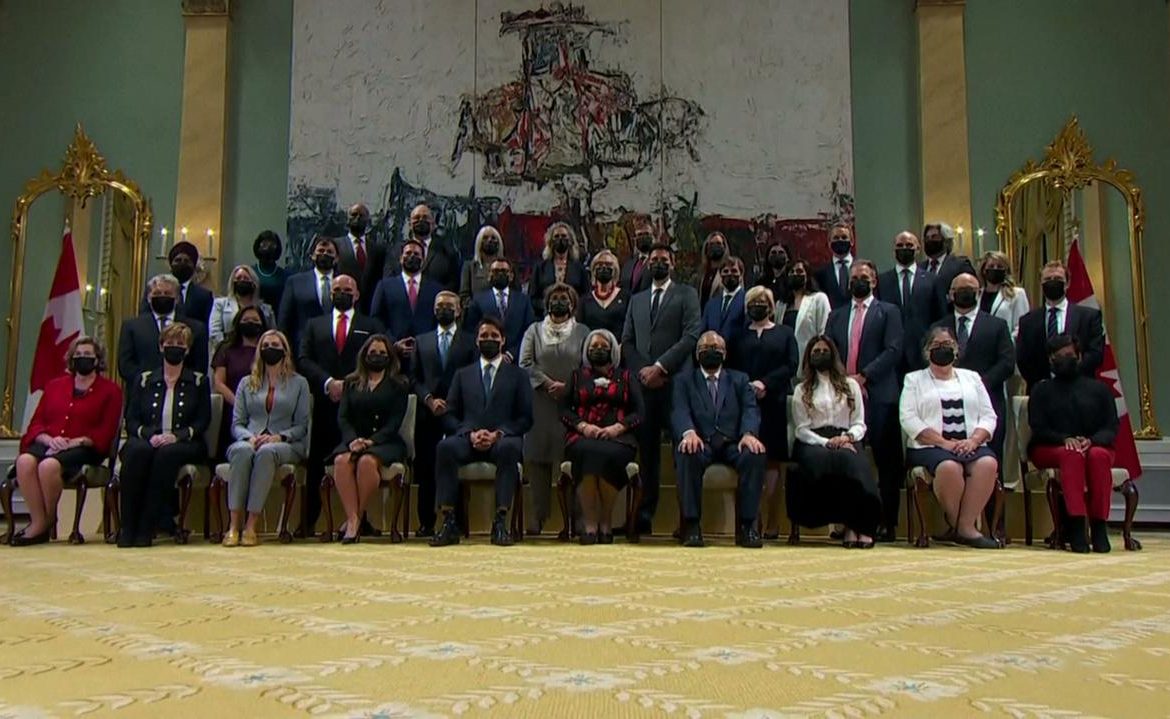 In Canada, Justin Trudeau’s new government was sworn in at a ceremony at Rideau Hall. Among the new ministers there is a person with a Polish surname. Women will head the ministries of defense and diplomacy.

In the early midterm elections on September 20, the Federal Liberals won 160 seats in Parliament, five more than the previous period, and it is this party that forms the government for the third time, and a minority government for the party. again. On Tuesday, the government was sworn in at a ceremony at the residence of the Governor-General, who represents the British monarchy in Canada.

It was known for several days because he confirmed it Justin TrudeauChrystia Freeland will remain Deputy Prime Minister and Minister of Finance. In addition, eight cabinet members are still in office, 21 ministers have new portfolios, and two people who were previously ministers have returned to the government. There are six new faces. There are 19 women and 19 men among the 38 ministers.

The second woman in history as Minister of Defense

On Tuesday, rumors were confirmed that one of the most important changes in the formation of the government was in the office of the Minister of Defense. The position was occupied by Anita Anand, the second woman in Canadian history to hold the position. The first was in the 1990s Prime Minister Kim Campbell. In the previous government, Anand was the Minister of Public Services and Procurement and was responsible for the procurement of vaccines.

See also  Czech Republic. The government is ready to abolish the value-added tax on energy

Former Defense Minister Harjit Sajjan, whose perception, as indicated by the media, was influenced by the large number of allegations of harassment exposed against senior military officials, remained in the government as Minister of International Development, and would also be responsible for developing economic contacts with the Pacific region.

Another major change concerns the position of Secretary of State Melanie Jolie, a Quebec parliamentarian who previously served as, among other things, Minister of Francophone and Official Languages ​​and Minister of Economic Development. She replaced Marc Garneau, who was not a member of the current government.

Just before the start of the Glasgow Climate Change Conference (COP26) the Minister for Environment and Climate Change changed hands – the position was taken by Stephen Gilbolt, former Minister of National Heritage, who has been a longtime activist with Greenpeace and Equiter. Guilbeault climbed a tree in his hometown at the age of five, refusing to come down. In this way, he wanted to oppose the actions of the developer who wanted to cut down trees to build new homes. The activist mentions these events as the beginning of his activities to protect the environment.

His predecessor in this position, Jonathan Wilkinson, took over as Minister of Natural Resources.

Among the new ministers in Trudeau’s cabinet is one with a Polish name: Helena Jaczyk, Minister of the Federal Development Agency for Southern Ontario. Jaczyk was born in Great Britain, her father was Polish, her mother was English, and the family emigrated to Canada.

The celebration began on Tuesday with elements drawn from the cultures of the indigenous peoples of Canada, which have been included in official ceremonies for years. Sally Webster, a member of the Inuit elders, lit a kilic, a stone lamp symbolizing light and warmth in Inuit culture, which remained a living flame throughout the festivities.

It was Webster who sparked the Quilliq Initiative when the Truth and Reconciliation Commission began work in 2015, documenting the history of Indian compulsory schools. Claudette Comanda, Algonquin Senator, Professor at the University of Ottawa, greeted and greeted all assembled according to the customs of the Indians. Part of the celebration, which lasted about an hour and a half, was a performance by violinist Alicia Blur and her son, guitarist Liam Blur.

Canada’s 44th Parliament will resume its proceedings on November 22.

Don't Miss it The nuclear agreement with Iran. US special envoy to Iran: Negotiations are at a “critical stage”
Up Next Google Play – Malicious apps steal money. We have a list of them