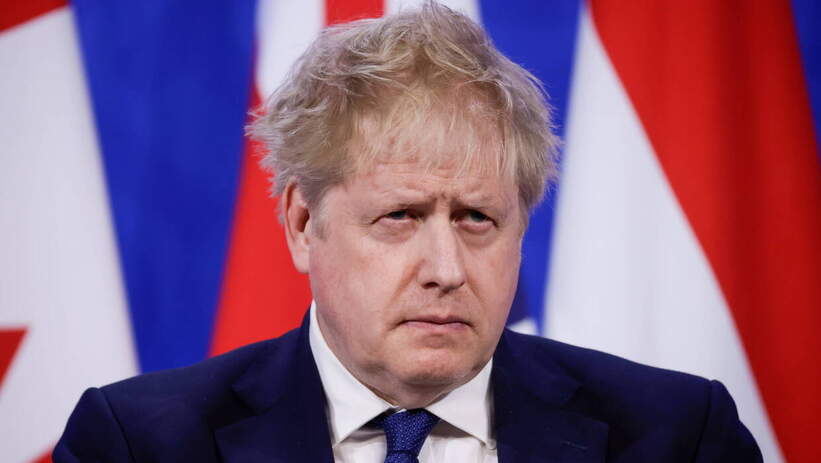 British Prime Minister Boris Johnson announced on Tuesday that it will send artillery weapons to Ukraine. He said he wanted to arm Ukraine to the extent that Russia would not dare attack it again.

During the first meeting of the House of Commons after the Easter recess, MPs reported on his recent visit to Kyiv and his meeting with Ukrainian President Volodymyr Zelensky. “I assured him of the firm determination of Great Britain, with whom this Council shares, to give his brave men the arms they need to defend themselves, together with our allies,” said the British Prime Minister.

“The urgency is now greater because (Russian President Vladimir) Putin has regrouped his forces and launched a new offensive in the Donbass. We knew that this danger would come. It would be an artillery conflict, they needed support in the form of more artillery. That is, what are we going to give them … as well as many other forms of support,” he continued, without specifying what kind of weapons his government intended to provide.

“Russia will not dare to invade again”

On Tuesday, The Sun revealed that the UK intends to deliver Stormer armored multi-purpose vehicles with Starstreak launchers mounted on them in the coming days. Storm vehicles have not yet appeared in UK government announcements.

Johnson added that his goal was to “strengthen and arm Ukraine so that Russia would not dare invade again.” Johnson announced this goal last Tuesday in a phone conversation with US President Joe Biden. (PAP)
gn/

Don't Miss it Embark on a journey into the world of wine :: News :: Jaslo4u.pl
Up Next a. Pyotr Wilczyk is the new Polish ambassador to Great Britain