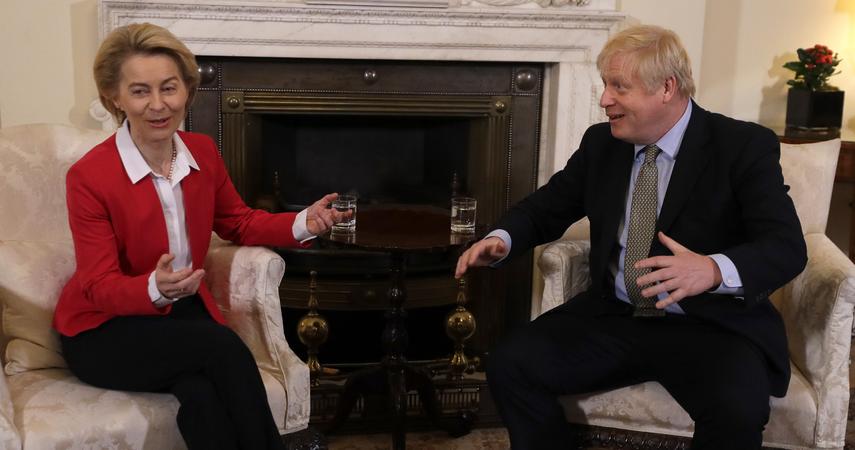 The United Kingdom and the European Union have agreed to take a step forward in negotiations on the post-Brexit trade deal. The two sides renewed their commitment to conclude the agreement.

At midnight from December 31, 2020 to January 1, 2021, the Brexit transition period will end and the UK will ultimately be outside the European Union. This means that EU regulations will not be applied in bilateral relations. What these future relationships will look like, especially economic ones, would have been determined by a special agreement.

There is less than two weeks left to negotiate a trade deal between the UK and the European Union. The British Parliament still needs time to approve it. The talks have entered an intense final phase.

All there is to it is that both sides acknowledge that there are still great divisions that do not allow an agreement to be reached. Both Boris Johnson and Ursula von der Leyen said in a joint statement on Saturday that both of the principal negotiators were working hard to end the differences between the two sides.

Johnson and von der Lynn spoke via video links on Saturday. Their conversation took place the day after the end of the ninth round of negotiations in talks between London and Brussels on future relations after the post-Brexit transition period on December 31. This is the last round of the negotiating schedule agreed upon so far.

Before speaking to the president of the European Commission, Johnson reiterated that the UK wanted to conclude an agreement with the European Union similar to the one concluded by Canada, but It is ready to end the transition period without an agreement.

We are determined with each course, we are ready for each and will work to make it work, but the course (which we choose – editor) depends to a large extent on our friends and partners – stated the British Prime Minister.

a little bit of time

In early September, Johnson announced that the FTA should be concluded before the European Council convenes on October 15th Otherwise, Britain will cut further negotiations.

In a statement released on Friday, chief British negotiator David Frost said he “feared that there would be little time to resolve these (contentious) issues before the European Council convenes on October 15th.”

The conversation between Johnson and von der Leyen gives both negotiators the green light to try to reach an agreement. Talks are expected to resume next week in London and after a week in Brussels, Bloomberg writes.

The last two days of the supposed two-week negotiation time coincide with an important summit of EU leaders, also in Brussels, where Brexit will be on the agenda. If the contract is not concluded by then, officials are not excluded Dramatic decisions, agreements, or breakdown of talks by French President Emmanuel Macron and German Chancellor Angela Merkel.

See also  The Witcher 3 from Netflix is ​​in pre-production. The script is ready and the authors are coming to England

The EU wants Johnson to signal his willingness to agree to a level playing field, which would limit state aid so that British companies cannot fool their EU competitors. And the press indicated last August that the British side was adamant in that.

The UK wants the European Union – and especially France – to soften its stance on fishing and allow British boats to fish much more. Consequently, French ships could operate in much less UK waters than is currently the case.

When it comes to trading commodities, a non-contractual separation can be extremely painful for companies in the Netherlands and Germany – The union has a high trade surplus in goods With Great Britain. At the same time, the UK has a common trade surplus with the European Union, but this is affected by services, not commodities: the trade in precious metals and financial services in the first place.

Don't Miss it The second life of a railway station in Grodzisk. She was never beautiful here!
Up Next Cyprus announces the opening of the borders, including to the Polish people