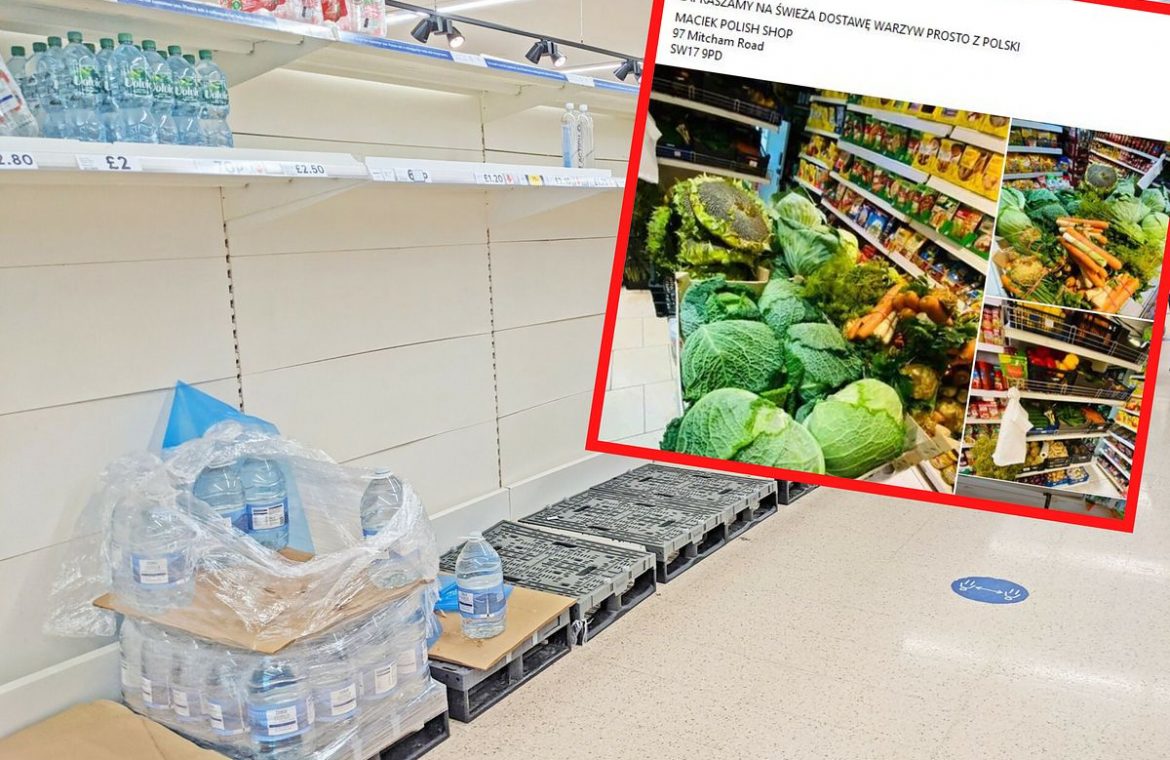 What about Polish stores, of which there are at least dozens in the UK? Empty shelves? With us, everything is there, most often some individual items are missing, but nothing can be seized – we hear in the Ziarenka store in London.

See also: Poland’s presence in the EU ‘not at any cost’? Izdebsky: It won’t be Zobro who will decide that

– Nothing is missing, we get everything on time – Hear from the owner of Polka Polish Deli. Staff at Masik in London say the same.

Empty stores, but not Polish stores

When UK media posts pictures of empty shelves, Polish stores post more and more advertisements and advertisements on their social media profiles. “We invite you, everything is here with us” – they encourage.

The shelves of Polish stores in Great Britain are still full

Shopkeepers often host British people who have not had much to do with Poland yet. For example, the owner of Polka Polish Deli admits that she has more and more angry customers from British chains who return with empty baskets from large supermarkets. In a Polish store, they can get fruit, vegetables, milk or even toilet paper without any problems.

The impact of Britain’s exit from the European Union. An Englishman comes to a Polish store

– If someone only told the British that after Brexit they will have to shop in Polish stores … – says the owner of a Polish food store in London sarcastically. He admits that English agents say “with the pole there is everything”.

Why don’t Polish stores have a shortage of deliveries yet, even though British supermarket chains are having problems? Most Polish stores import products directly from Poland.

– Works with wholesalers from Goleniów and Lublin. Deliveries can be express. I can order on Sunday, and already have goods on Wednesday – hear from the owner of the Polish deli. Other shopkeepers usually say the same thing. They order products from Polish wholesalers that are delivered to the islands by Polish drivers.

Stores with Polish products have another advantage. Usually these are small neighborhood points. Therefore, it is relatively easy to store.

The workers problem was already there before Brexit. However, companies are now facing more trouble, because it is not easy to hire people from Poland, Bulgaria, Hungary or Romania.

Experts are unlikely to expect that empty shelves will soon disappear from British stores. – I don’t think it will get better. We will have our shortcomings when it comes to food, Ian Wright, president of the UK Food Federation, said recently. He added, however, that it would be more “one of the first world problems”. It will not be the case that the British will not have food or water at all. However, there may still be a shortage of specific products that have not been a problem so far.

Do Polish entrepreneurs from the islands fear that at some point they will also be affected by problems? Our discussions show that they fear more than the legal chaos caused by Brexit.

– It is already so that we can sell, for example, Krita in jelly. But the sale of granules of Crete is prohibited by health bureaus. The British are still negotiating with the European Union the rules for importing many products, including food. Here, the regulations can be very annoying to us – a Polish shop owner in the UK tells us.

See also  Szczecin: The failure of heating the area is fixed

Don't Miss it Indiana Jones 5 isn’t the end of the series? Rumor has it that Khalifa is a hero
Up Next Hurricane Larry brings bad weather. A strong storm with a speed of 150 km / h and 1.5 meters of snow and bitter frost