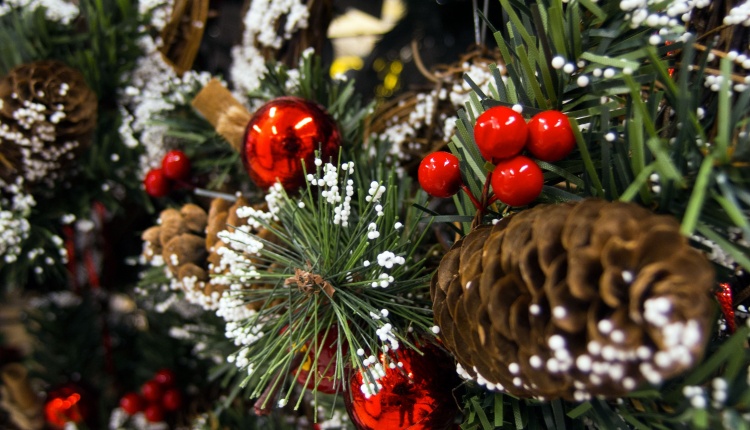 On Tuesday, the British government and self-government authorities in Scotland, Wales and Northern Ireland approved a plan to ease epidemic restrictions for the Christmas season. From December 23 to 27 it will be possible to meet people from three families.

As agreed, restrictions on movement between England, Scotland, Wales and Northern Ireland and within regions with different levels of restrictions will be lifted during these five days. Additionally, people traveling to and from Northern Ireland to the rest of the country will have one additional day to travel on December 22 and 28.

From December 23 to 27, a maximum of three families can create a “bubble” in which they can visit each other’s homes, attend church services, or spend time outdoors. But the “bubble” must be the same throughout the holiday season, meaning it is not possible to meet members of two families one day and meet members of two other families on the following day.

All other, more restrictive, provisions regarding meetings in restaurants or other closed rooms remain in effect at all times.

– “This cannot be a + normal + Christmas. But as we approached the holiday season, we worked closely together to find a way for family and friends to see each other, even if only for a short time, and remember that this should be careful and limited.”

Written in a joint statement issued by the British government and the Home Rule authorities of Scotland, Wales and Northern Ireland.

She was asked, although restrictions were eased, to act reasonably at the time and to consider necessary communications. “Everyone should think carefully about what they will do during this period in order to strike a balance between some of the more intense social contacts and the need to keep the risk of virus transmission as low as possible,” the statement said.

See also  Navalny activists: the yacht moored on the beaches of Carrara is owned by Putin

Last week, medical advisers to the UK government suggested that each day of easing restrictions for the holiday season would later require five days of tightening to bring the infection rate down again.

Talks about a joint plan to ease restrictions were necessary because health protection is a decentralized jurisdiction, meaning that the British government is responsible for it only in England, while in Scotland, Wales and Northern Ireland it is the responsibility of local authorities.

Read also
Macron announced that restrictions would be eased

Don't Miss it Skierniewice prom costumes over the years. From party costumes to bold mini dresses [ZDJĘCIA]
Up Next Coronavirus in Great Britain. Johnson is accused of breaking the restrictions