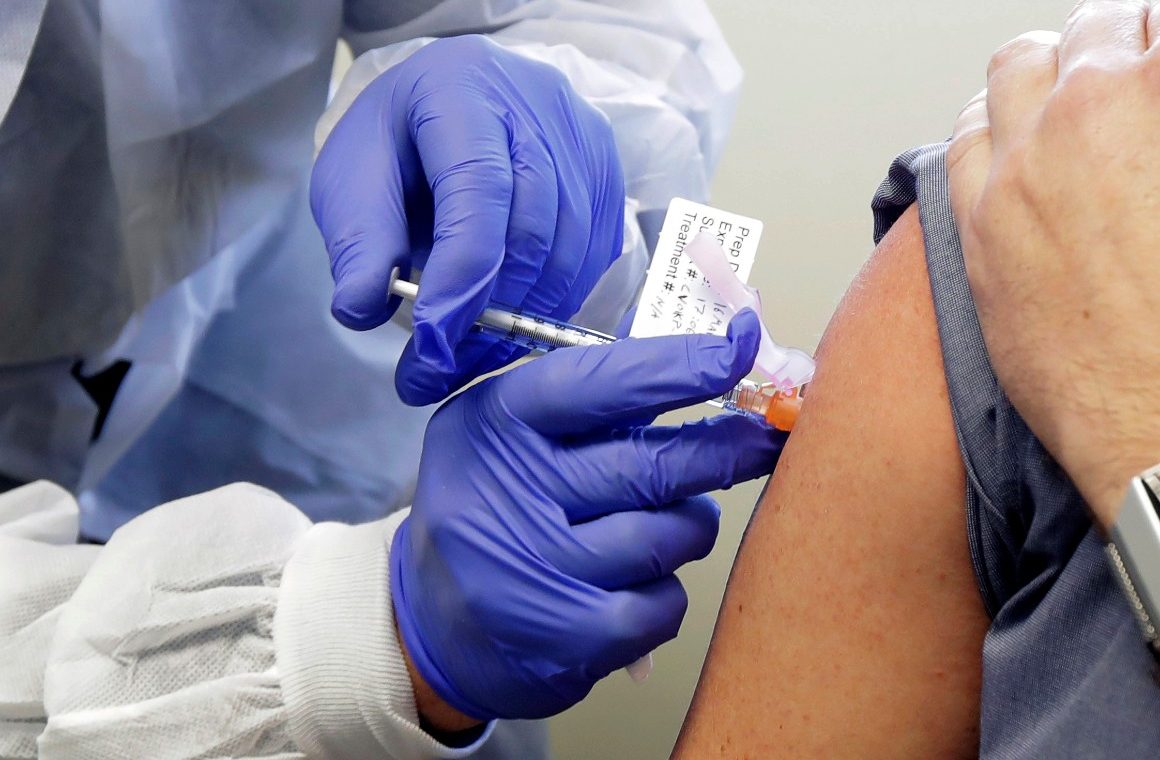 The Ministry of Health said, on Sunday, that it has increased its demand for a vaccine developed by the American company Moderna from 5 million to 7 million doses, sufficient for 3.5 million people.

The Moderna vaccine is expected to be referred shortly to the UK Medicines and Healthcare products Regulatory Agency, to see if it is safe and effective. Two other vaccines – one developed by Pfizer and Germany’s BioNTech, the other by the University of Oxford and AstraZeneca – are already being evaluated, the final stage before their introduction.

The Guardian and the Financial Times reported that hospitals in England have been told they may receive the first doses of a Pfizer shot as early as the week of December 7 if they get approval. The US Vaccination Program also hopes to begin vaccinating some Americans in December.

The government says front-line healthcare workers and nursing home residents will be the first to be vaccinated, followed by elderly people, starting with those over the age of 80. The plan is to reduce age groups and at-risk groups so that everyone 18 years and over is vaccinated.

Peter Openshaw, professor of experimental medicine at Imperial College London, said he would “not be very surprised if an announcement comes out within the next two weeks, and maybe even next week.”

Non-medical personnel including volunteer paramedics are already being trained to administer vaccinations, which will be offered at about 1,000 community vaccination centers and 40 to 50 large-scale facilities in stadiums and conference venues, according to a government planning document.

Prime Minister Boris Johnson said officials hope to vaccinate “the vast majority of people who need the most protection by Easter”.

Writing in The Mail on Sunday, Johnson said that the vaccine launch may be “just days away”. But he said there would be no quick end to the cumbersome restrictions on business and daily life that were imposed to limit the spread of the virus.

He wrote: “There are still weeks and long months before we can be completely confident that we can vaccinate enough people in the country, and thus remove sufficient targets for the virus, in order to overcome the disease.”

A four-week national lockdown in England is set to end on Wednesday, and will be replaced by a three-tier system of regional measures. The vast majority of the country is placed in the upper two classes, which means that most people will be barred from meeting friends inside, bars and restaurants still face restrictions and everything from large weddings to choral practices is prohibited.

Pfizer and BioNTech say their vaccine is 95% effective, according to preliminary data. It should be stored in extremely cold temperatures of around minus 70 degrees Celsius (minus 94 Fahrenheit). The company said the Moderna vaccine, which also needs to be stored at freezing temperatures, was also 95% effective in clinical trials.

The Oxford-AstraZeneca vaccine can be stored at conventional refrigerator temperatures, which makes it much simpler to dispense and is also cheaper than its main competitors. But some scientists have questioned gaps in the reported results.

Oxford and AstraZeneca reported this week that their vaccine appears to be 62% effective in people who received two doses, and 90% effective when volunteers were given a half dose followed by a full dose. They said that half of the dose was given due to a manufacturing error, and that they are planning a new clinical trial to investigate the most effective dosing regimen.

The full data from the Oxford-AstraZeneca trial is expected to be published soon and may answer some questions about the vaccine.

Upenshaw said he would be happy to have any approved vaccine.

He told the BBC: “If my doctor calls me and says ‘I have an approved vaccine,’ then I really don’t care which vaccine he is.”