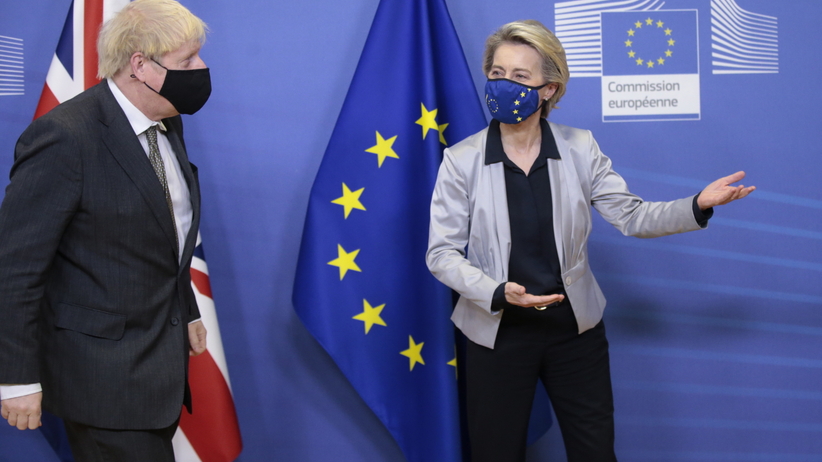 The United Kingdom and the European Union are set to make a binding decision by Sunday about the future of trade deal talks, as agreed by Boris Johnson and Ursula von der Leyen Wednesday evening. But as they made clear, the positions of the two sides are still far from each other.

The British prime minister, who has had two lengthy phone calls with the president of the European Commission in recent days, traveled to Brussels on Wednesday to try to break the deadlock in negotiations on post-Brexit relations. However, as before, the positions are not approximated.

“We had a lively and interesting discussion about the situation on the outstanding issues. We understand our positions. They are still far from each other,” she wrote on Twitter after the meeting ended. She added that the negotiation teams would meet again “to try to solve these problems.” “We will make a decision at the end of the weekend,” she added.

“The leaders openly discussed the state of the negotiations, acknowledging that the situation is still very difficult and there are still major disagreements between the two sides. They agreed that the main negotiators would continue the talks in the next few days and that a binding decision should be reached by Sunday. About their future,” wrote a statement from British government. He added, “The prime minister is determined that there is no way to a just settlement that remains without deterrence, but that any agreement must respect the independence and sovereignty of Great Britain.”

Johnson: The conditions demanded by the European Union are unacceptable

On Wednesday afternoon, Johnson warned that the conditions the European Union was demanding from London were unacceptable. “Our friends in the European Union now insist that if we pass a new law in the future that we do not comply with, they have an automatic right to punish us. They insist that the United Kingdom is the only country in the world that will not have sovereign control over it,” he said in the House of Commons “I don’t think that Any prime minister in this country can accept that. “

The lack of an agreement before December 31, 2020, when the post-Brexit transition period ends, means that from next year, trade between the UK and the European Union will follow the general rules of the World Trade Organization (WTO), namely tariffs and quantitative sums. And other barriers.

Don't Miss it Weather forecast for this week [11-17 stycznia]. There will be a lot of snowfall
Up Next How can a Viego turn into a training doll? The new character in LoL is amazing