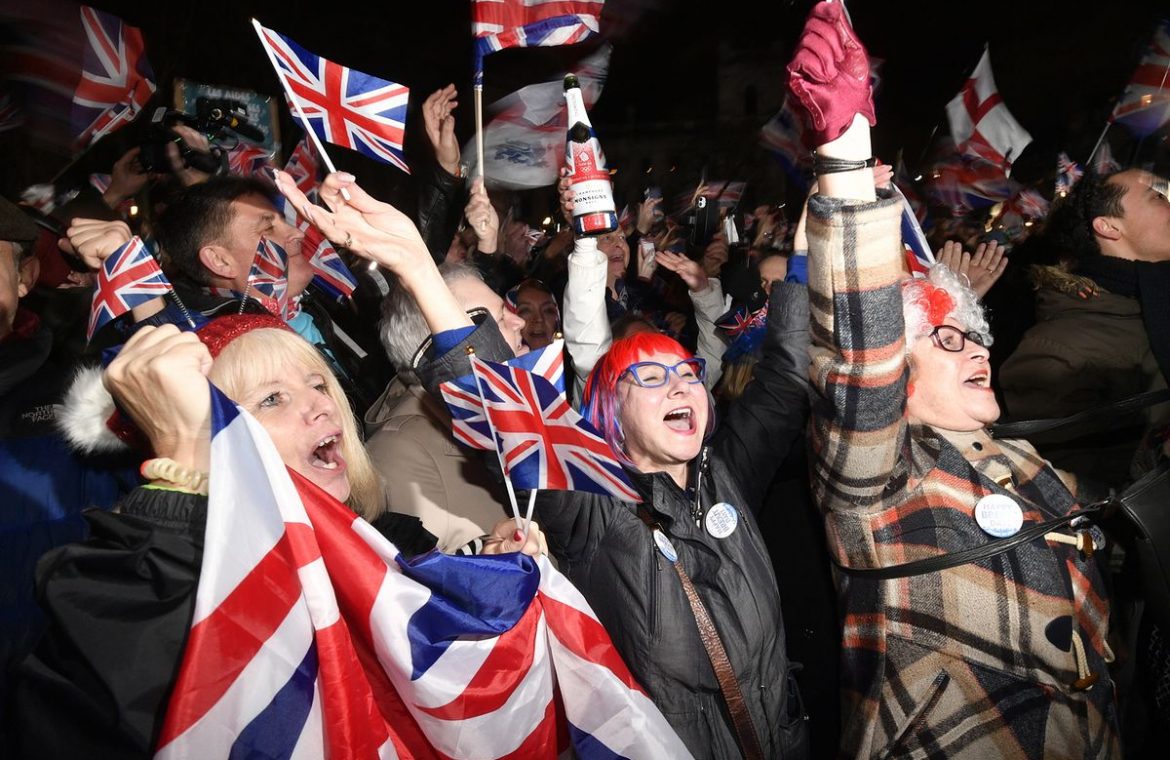 Exactly at midnight from January 31 to February 1, Great Britain is no longer a member of the European Union, which has ended its 47 years of society’s history. On January 1, 1973, the United Kingdom joined the European Economic Community.

At that time, Great Britain – along with eight other countries – began laying the foundations of the European Union, and today it has distorted that foundation.

– It’s a very sad moment to leave the European Union and a big unknown for the coming months and years, because we don’t really know what will happen – said an opponent of Brexit, who on Friday showed her support for belonging to the group.

Watch: Brixi. Ambassador of the Republic of Poland encourages the Poles to return

The sadness on the faces of the supporters of the European Union was evident on Friday morning. Their presence in different parts of London was equally evident – mainly in the center, near the British Parliament. They appeared with the flags of the European Union and expressed their disapproval of the government’s actions.

The symbolic exit of Great Britain from the Commonwealth was already taking place on Friday morning. The streets of London were more and more crowded with Brexit supporters, who also appeared in front of Parliament, carrying flags too, but not the European Union, but the British.

The explosion of Brexit joy and the big feast organized for them, often sprayed with alcohol, was so loud that it completely covered all supporters of staying in the European Union, were no longer visible, left the arena, and hid. Just like midnight in Brussels European Parliament The British flag was raised symbolically, so flags of the European Union disappeared from the streets of London much earlier.

Even before the big farewell party, Brexit advocates made no secret of their satisfaction Nigella FarragA., a staunch opponent of the European Union, and who has fought for decades to leave, prepares to dance to loud music. The atmosphere is like New Year’s Eve.

Then it was time for a farage party, and the crowd was there, and it was hard to get in. The streets around Parliament were closed so that protesters could celebrate there. Also among the crowd was 25-year-old Steve, who came from Stamford, 130 kilometers from London.

When asked what he thinks the UK is waiting for now, he replied: “I think in the short term, in the next four years, there will be a noticeable economic slowdown, but in the long term, within 5-6 years, certainly within a decade, good. We will develop greatly and become much stronger. “

And this is the only Brexit voice that speaks negatively, the younger generation. Young people are aware that Brexit may lead to this slowdown, but in their view it will only be temporary.

Middle-aged and elderly Brexit supporters see it very differently – they have no fears, pure joy, a feeling of regaining independence. It’s just a technical exit from the European Union. We close the borders and nothing else. I have no worries about that, we will be stronger, we will be independent, we will be fine, ”said one of the men who demonstrated in Parliament Square during the London farewell party with the Union.

Another participant echoed it a little older but also middle-aged. I am still European, I feel European and I love Europe. I will still travel to Europe on vacation. We’re going to settle a few things, we’ll be independent, but I’m not entirely afraid of any negative consequences. He said what happened was the best that could happen to us.

See also  US blacklist. China has announced that it will take appropriate steps

February 1 is the first day outside the European Union for the British, as they return to everyday life.

Meanwhile, British Prime Minister Boris Johnson announced the reunification of the British people. Britain’s exit from the European Union is supposed to be a new beginning, a beginning, not an end, and it is the beginning of a “new era”. Johnson emphasized that the UK would only benefit from this decision, which wanted to reassure the British.

– This is the beginning of a new friendly cooperation between Great Britain and the European Union – he declared in his speech. “I know we will succeed,” he said.

You start with a difficult 11-month transition period. During this time, practically nothing has changed, but everything may change from January 1, 2021.

Now is the time for a lot of writing on the London – Brussels line. Let us refer again to the words of Prime Minister Johnson, who assured that he will push for a solution similar to the Canadian one, namely, to remain in common trade with the European Union while preserving the national identity. We’ll see how many ads can be released at the end of the year.

Don't Miss it Distance learning – how long? Sławomir Broniarz: Grades 4-8 will be taught via distance learning in February and March
Up Next Cyberpunk 2077 and CD Projekt RED under UOKiK’s magnifying glass