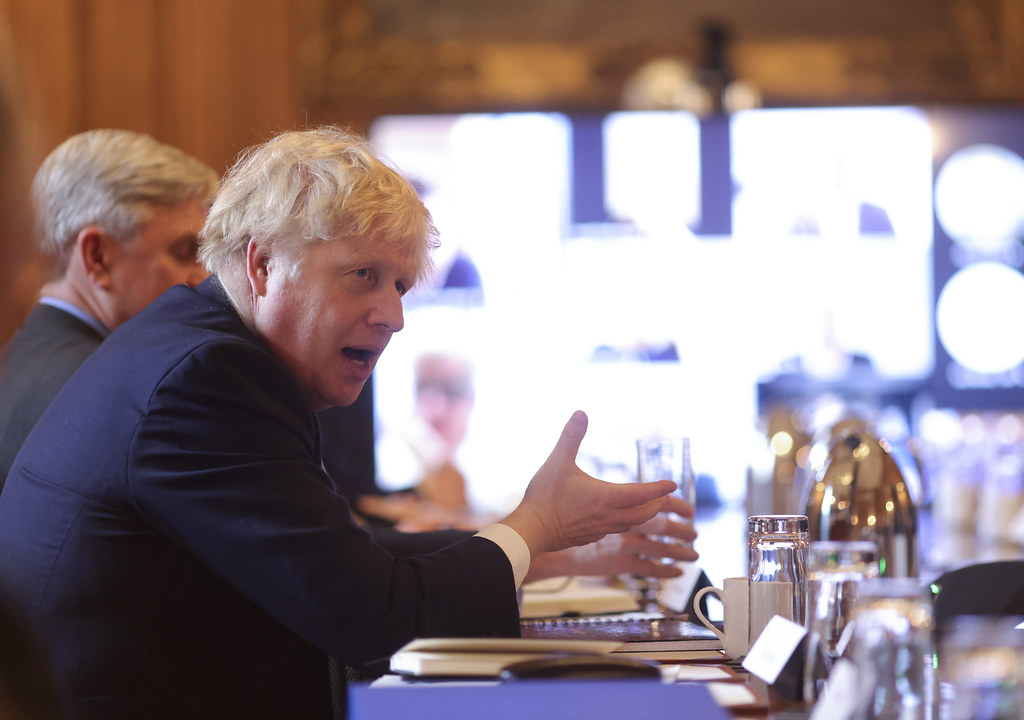 “Britain does not want, cannot and will not ignore the barbaric Russian attack on Ukraine,” says Boris Johnson after the special cabinet meeting.

President Vladimir Putin launched an unprecedented military invasion of Ukraine by land, sea and air. He noted that this happened without any provocation from Ukraine. Ukraine has enjoyed freedom and democracy for decades. He added that Britain and the world should not allow this freedom to be simply suppressed.

A state of emergency was imposed throughout Ukraine. Residents are trying to get out of Kiev by creating huge traffic jams on the access roads. According to BBC News and SKY News, Russian military vehicles crossed the Ukrainian border in many places: in the north, south and east, including from Belarus. And according to what was reported by British media (Sky, BBC News), at least seven people, including civilians, were killed in the Russian bombing. An adviser to Ukraine’s president said more than 40 soldiers were killed and dozens wounded, but this has yet to be confirmed.

UK: We support Ukraine, but we do not intend to send our troops. Ukraine is not a member of NATO

Addressing the Ukrainian people directly, the Prime Minister of Great Britain said: “We are with you, we pray for you and your families; we are all by your side. I am firmly convinced that your country must be free. And we will do everything in our power to make it happen.”

Boris Johnson’s speech, regarding the subsequent economic sanctions imposed by Great Britain against persons associated with the Kremlin and Putin, is scheduled for 6pm Polish time today.

On the other hand, according to the newspaper “The Sun”, Great Britain intends to send to Poland the most advanced anti-aircraft defense systems. Sky Saber is helping to secure NATO’s eastern flank. It will be temporarily placed in our country to create an “air dam” of about 250 kilometers along the Polish-Ukrainian border. A similar system already protects Great Britain and the Falkland Islands.

Dr.. Sławomir Dębski: Putin must be stopped thanks to the efforts of the entire free world

“As part of our commitment to security in Europe, the UK will support the long-planned Rammstein Legacy 2022 exercise,” British Defense Minister Ben Wallace said, citing the Polish Express.

Don't Miss it Great Britain supports cutting off Russia from Swift, and Germany is hesitant about this nuclear option
Up Next Oral hygiene: UK in the top ten