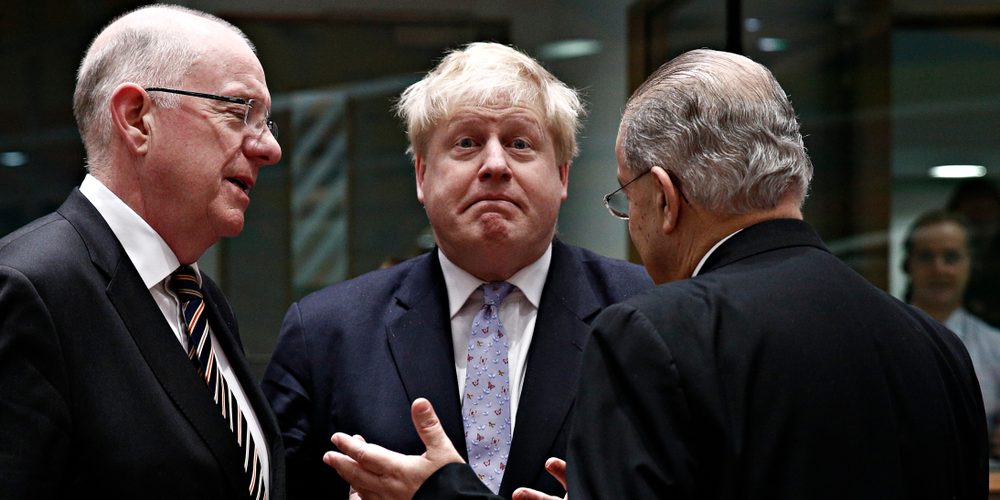 British Prime Minister Boris Johnson resigns. On Thursday, 7 July, he announced that he was stepping down as head of the ruling Conservative Party. Until a new leader is chosen, he will remain prime minister.

Once the Conservative Party elects a new leader for their party, Johnson will also step down as prime minister. Date details will be announced next week.

The information that Johnson will resign has been reported by the British media since the morning. After these reports, the pound started to rise.

The Conservative Party’s will is for a new party leader to emerge, and thus a new prime minister Boris Johnson said.

Johnson said the process of selecting a new leader must begin now and the timetable will be announced next week.

Johnson was due to give his official speech on Thursday morning.

Reports that Johnson will resign as Conservative leader for the time being, his desire to retain the post of prime minister until this fall, were previously reported by the BBC.

Boris Johnson understands his resignation as Conservative Party leader today, and will continue as UK Prime Minister until autumn https://t.co/8rGDpvoXVe

Why should Boris Johnson go?

Johnson’s dismissal is the result of the long-running conflict between the Conservatives. The climax came after two members of Johnson’s cabinet quickly resigned on Tuesday: Finance Minister Rishi Sunak and Health Minister Sajid Javid.

Nadim Al-Zahawi, who has been heading the Finance Ministry for two days, said on Thursday that the situation exists. ‘It is not sustainable and will only get worse’And Johnson has to go now. The wave of exit from government and the party has passed dozens of people, except for Sunak and Judd, Education Secretary Michelle Donelan Johnson said. “It put us in a hopeless situation.”

A group of senior ministers traveled to Downing Street to persuade Johnson to resign. The prime minister has argued his resistance to the resignation with strong support from past elections.

The latest split in the ruling party began after information was published that Conservative MP Chris Pincher had committed sexual misconduct at the Carlton Hotel.

After the case was published in The Sun, the deputy resigned and pleaded guilty to inappropriate conduct. The government felt Pincher’s remorse was enough and he could keep the job. Johnson was appointed deputy deputy leader of the party.

The ruling party was in turmoil as there had been similar complaints about this MP in the past. The prime minister confirmed that he was unaware of the allegations against Pincher at the time of his appointment as deputy party leader. However, it was reported on Monday that the Prime Minister was informed of a formal complaint against Chris Pincher when he was Secretary of State in 2019-20. Johnson admitted on Tuesday that his decision was a “mistake”.

If Boris Johnson does not step down next week, he will face a second confidence vote after MPs said they would change Conservative Party rules to lead to the vote.

69 percent of Britons think Johnson should resign. More than half of conservative voters share that view, according to a YouGov poll published on Tuesday.

The number of Britons who want Boris Johnson to resign has reached a new high of 69%.

A majority of 2019 Conservative voters (54%) would also like to see the prime minister go, and this was the first time higher than the number who wanted him to stay (33%).https://t.co/EdF2u3hW1Z https://t.co/dNLiHNtf6E pic.twitter.com/uQb2x5bZtB

Don't Miss it Star Wars: Andor – writers and episode directors. This team can give you something great
Up Next Putin: Let the West try to defeat us on the battlefield