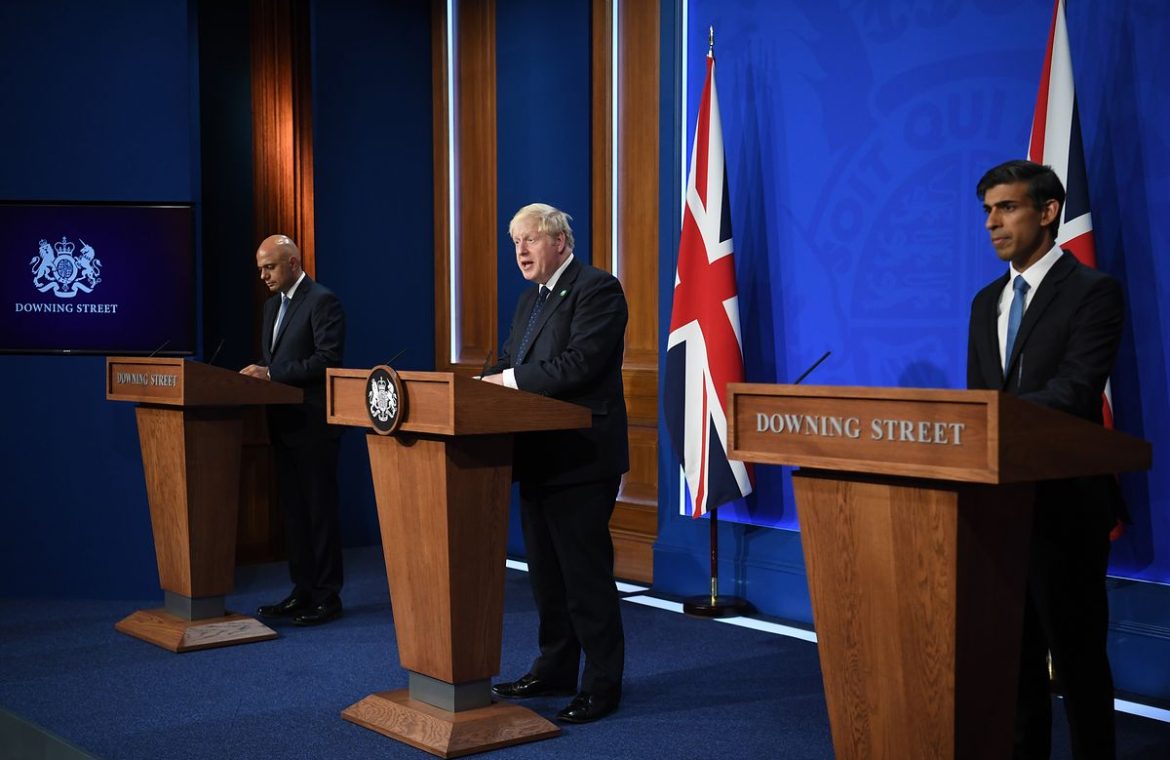 Trauma in Great Britain. Two of its important actors – Sajid Javid and Rishi Sunak – have resigned. Politicians informed voters of their decision via Twitter.

The public rightly expects the government to be run properlyefficiently and seriously. I understand that this may be my last ministerial job, but I think these standards are worth fighting for, and therefore I am resigning, Rishi Sunak wrote.

“With great regret, I must say that I cannot continue my service in this government in good conscience. […] The tone you set as a leader and the values ​​you represent are a reflection of your colleagues, your party and ultimately your country. Conservatives at their best are seen as great decision makers driven by strong values. We may not have always been famous, but we were qualified to act in the national interest. “Unfortunately, under the current circumstances, the public is coming to the conclusion that we are not this or that now,” Sajid Javid said in a letter to the prime minister.

See also: accumulation of crises. ‘There is no reason to be optimistic’

According to British media, the situation is already clear: It’s the beginning of the end for Boris Johnson’s office. – A prime minister cannot survive the resignation of two important ministers – as one close to the prime minister believes. “It will all be over by this time tomorrow,” he told the BBC.

On the other hand, the Guardian insists that “it is inconceivable that the resignations were not coordinated”. The magazine notes that The blow to the Prime Minister and the entire Conservative Party came two weeks agoWhen its representatives lost in the House of Commons by-election twice.

Then it became clear to the representatives of Boris Johnson’s office that they were sitting on a sinking ship, and their captain was leading them on a straight path. At the same time, journalists note that a meeting with him – although inevitable – may be delayed in time.

Sunak’s resignation is more serious. Since the Spring Manifesto, the Chancellor is no longer the clear heir he once was. But he is still a strong figure in the party. Nigel Lawson’s resignation helped oust Margaret ThatcherAlthough it took a little more than a year for this case to finally come to light, the Guardian wrote.

But during his reign, there was a coronavirus pandemic that almost cost him his life. In the end, Boris Johnson left the hospital and the country remained closed for several months. However, this did not prevent the politician from organizing events at the Prime Minister’s residence.

However, the most serious crisis was the one that erupted around Christopher Pincher. He is a deputy governor responsible for party discipline. accused of molesting two of its members, which appeared on June 30. After admitting “inappropriate behavior”, more cases of border crossings emerged.

Boris Johnson was supposed to know about his subordinate’s misconductAlthough his official spokesman officially denied any prior information on the matter. When Christopher Pincher resigned as Deputy Secretary of State (appointed by the Prime Minister in 2019), the Prime Minister stated that this closed the issue of his inappropriate behavior.

About a month ago, British Conservative Party members voted on a motion of no confidence in their president. The potential defeat means he will also have to abandon the Downing Street office. But at that time, members of this formation decided that Boris Johnson would continue to serve as Prime Minister. British media, however, insisted If only such a vote is held, then the days of the head of government are numbered.

Don't Miss it Russia threatens Britain? “Maybe we’ll stop at Stonehenge” – Wprost
Up Next The Australian government has raised tariffs on goods imported from Ukraine