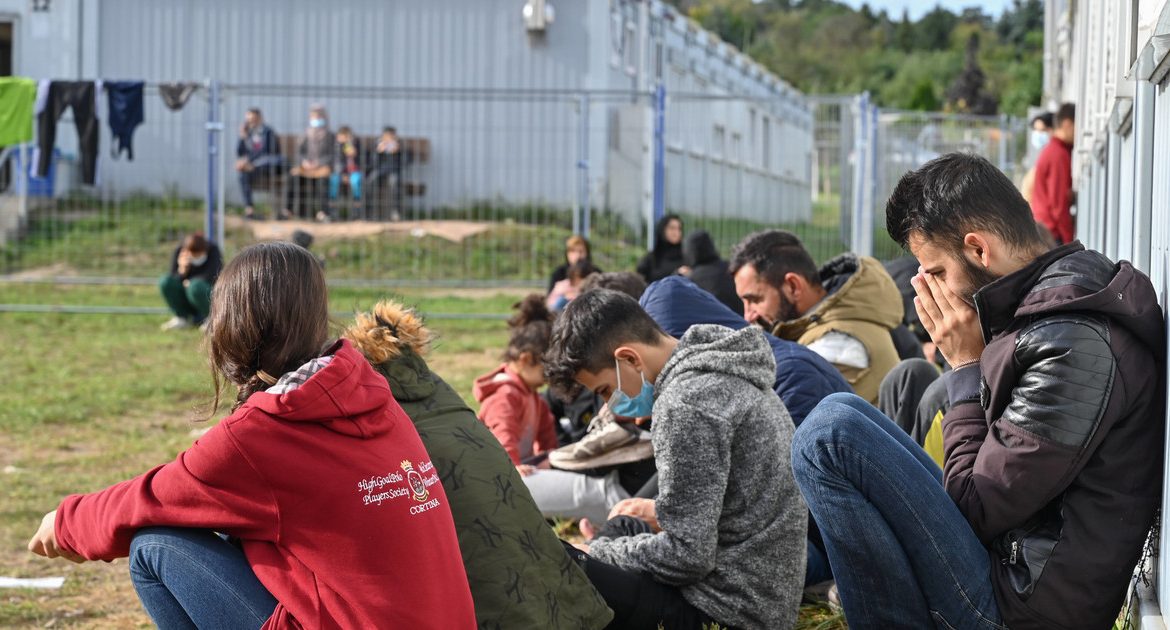 German government spokesman Stephen Seibert confirmed on Monday that the government was “looking at next steps” on the border situation, and Seehofer was expected to present “options for action” on Wednesday. Seibert mentioned, inter alia, an extensive search for smugglers. At the moment, further steps are being agreed to prevent illegal immigration, a spokeswoman for the Ministry of Interior said, but she did not give details. According to her, from 4.5 thousand August. A person who entered Germany illegally across the border with Poland.

As Bild reports, Seehofer’s initiative is a reaction to a sensational letter from the head of the Federal Police Union, Heiko Tegatz, who wrote that for several months the number of migrants intercepted at the border “almost exploded.” He estimated that only by imposing temporary border controls would the government be able to avoid a “collapse” at the border, as happened in 2015.

See also  The height of the absurdity of political correctness! Stockholm students want to rename the "White Sea" room. It's supposed to be racist

He notes that at present, there are as many cases of illegal crossing at the Polish-German border as there were in 2013 on the border with Austria. The unionist complains about the heavy workload of the officers, as well as the danger to their health.

“The health of our colleagues is also very poor, because SARS-COv-2 infections, especially in the countries of origin of migrants (Iraq, Syria, Yemen, Iran, Afghanistan, etc.) are still numerous and are rarely recorded by the authorities – writes Teggatz in a letter transmitted by Bild. He adds that It is clear that the hygiene rules in force in Germany and other European countries are not followed while smuggling migrants.

In his letter, Tiggatz admits that the problem cannot be solved with temporary border controls, because the fact remains that “dictator Alexander Lukashenka, by regulating human smuggling at the state level, responds to EU sanctions.” “Europe cannot get into such games,” says Tegates.

Maas indicated that the European Union will take action against air carriers involved in smuggling migrants from countries such as Afghanistan, Iraq, Yemen and Iran to Belarus, from where they are then taken to the borders with Poland, Lithuania and Latvia. “We don’t want to look further at the fact that there are companies like airlines that are still making profits,” Maas said on Monday on the sidelines of a meeting of EU foreign ministers in Luxembourg. In his opinion, sanctions are needed to show that the Federation does not accept such measures. According to unofficial information, sanctions can affect, for example, the Belarusian airline Belavia.

Alexander Graf Lampsdorff, a liberal FDP politician, asserted on Monday in an interview with ZDF TV that “Lukashenko is artificially producing the migration crisis” and it is understood that Poland is protecting its borders. – He said that what Poland is doing is protecting the borders of the European Union. – The government in Belarus calls these people (immigrants), takes them on a plane to Minsk. They are, in a way, guests of the government. He added that there was no legal reason for them to cross the border.

But Lampsdorf accused the Polish authorities of a lack of transparency in their activities. – The Poles keep everything secret, which of course leads to speculation about what is going on there. That’s not good, Lampsdorf said. He noted that in Lithuania, unlike Poland, journalists, the European border agency Frontex and European Commission monitors have access to the area on the border with Belarus. In turn, the Polish government conducted a state of emergency in the border area, which was associated with appropriate restrictions.

Don't Miss it There is a shortage of labor in Great Britain. Will the Poles get a chance to make money in the UK again?
Up Next Hideo Kojima is designer eyewear. The Japanese made the first models