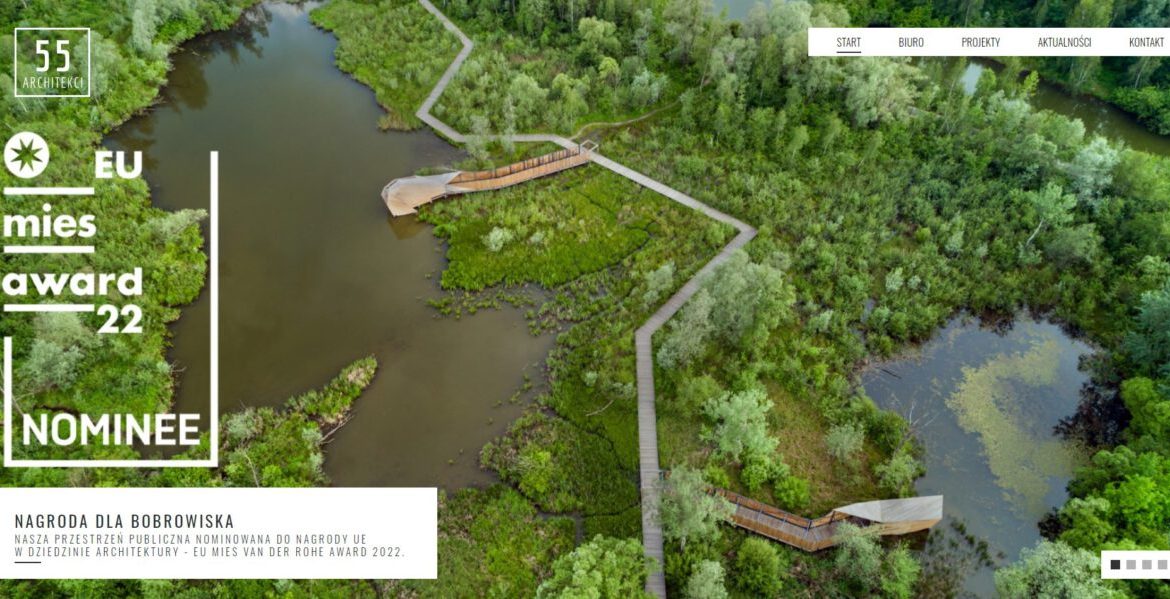 Bobrowisko has been selected as one of 20 projects representing Poland. The competition is really fatal. Against the backdrop of massive funds and international teams of designers from the famous “Starosądecka” offices, the investment may seem modest, but it truly defends itself. Here you can see an opportunity for “Bobrowisko”. In the Landscape category, we have seven nominations and there is almost no project in this group that even comes close to the collaboration of Wojciech Świątek, Anna Szewczyk-Świątek and Magdalena Caban on the project, even in terms of form, idea and location in space.

You can view the projects eligible for the competition Here