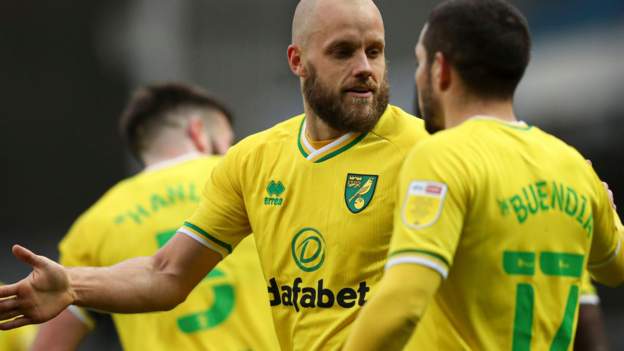 Teemu Bucky scored twice to keep Norwich at his impressive lately form and to stay top of the tournament by beating Blackburn.

The Finnish international raised his goal tally for the Canary Islands to 50 in the process with one goal in each half, either side of Harvey Elliot’s equalizer for Blackburn.

The first was a nice turn and shot from Alex Tite’s pass to find the bottom left corner and the second watched him intelligently diverting Amy Buendia’s shot from outside the penalty area bypassing the miserable Thomas Kaminski.

Rovers had pushed Norwich hard earlier as Sam Gallagher fired a powerful shot from the crossbar early in the second half before loaned Liverpool player Elliott scored a superb goal from a single game and hit the right wing.

Norwich are three points ahead of second-placed Bournemouth after their third straight win.

They will travel to Reading, fifth-placed, on Wednesday after losing just once in their past 14 matches.

Bucky, who was named MVP of the Season Championship in the 2018-2019 season, scored nine goals this season in 16 matches.

At first, he seemed lucky to score the winner of this match, but replays showed that he had awareness of opening his feet to steer Buendia’s engine into the far corner.

Blackburn has now not won in their previous three matches, losing at home for the first time in four games at Ewood Park.