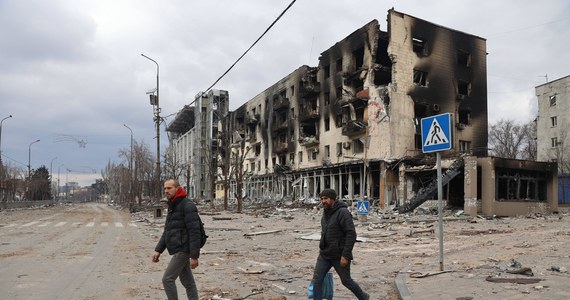 Ukrainian Deputy Prime Minister Irina Wiryzhuk said on public television that people could only get out of the besieged Mariupol by car or on foot, because it was not possible to evacuate by buses.

The coaches who were organized for the evacuation of civilians from Mariupol could not reach the perimeter of the city, So people have to reach them, which means they “have to either walk or find a way to get there by private car, within a distance of about 80 km– explained Wereszczuk.

The deputy prime minister had earlier announced that on Tuesday it was scheduled to transport residents of the city through humanitarian corridors, but the transport did not reach Mariupol again.

Wereszczuk has repeatedly reported that, despite arrangements and promises, the Russian army does not allow anyone to enter Mariupol.

Mariupol “has passed the stage of humanitarian catastrophe“The approximately 120,000 residents who remained in the city found themselves in a situation where it was impossible to survive – Mayor Vadim Boychenko said in an interview with AFP on Tuesday.

We estimate that there are still about 120,000 square meters in Mariupol. population. We have passed the humanitarian catastrophe stage because these people have had no heating, no water, nothing for more than 30 days. – The mayor told AFP during an online interview.

Don't Miss it United States of America. General Mark Milley: I support the establishment of a permanent US military base on the eastern side of NATO
Up Next Starfield – a movie on the game engine close to VASCO, the robot companion