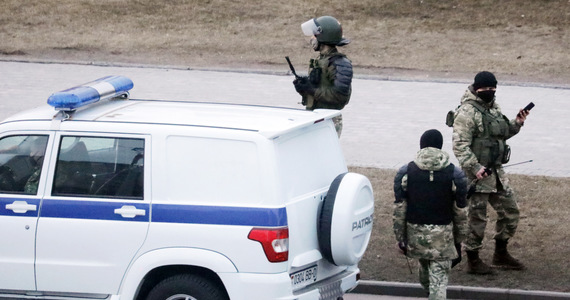 On Sunday, the Independent Belarusian Association of Journalists (BAŻ) reported that Alexei Szota, editor-in-chief of the Hrodna.life portal, had been arrested. The militia explains that it is about publishing content considered “extremist”. A few hours later, Szota was released. He is awaiting trial for an administrative offense.

According to Ba’a, the arrest took place near the journalist’s home. Subsequently, a search took place in the apartment that Szota rented.

The Grodno Militia commented on the arrest, saying it was linked to the republishing of content that the Grodno portal Hrodna.life deemed extremist. Apparently, this is the content published by the Telegram channel, which the authorities have recognized as “extremist”.

BAŻ states that in March Szota and the editors of Hrodna.life were fined for the same offense.

Niwa reported that a notebook, telephone, three old tablets, and a white, red and white umbrella were confiscated in Szota.

Activists also point out that the police record of Szota’s arrest dates back to May 28, although the arrest was made on May 30.

See also  Current climate plans don't even get us close to our goal. Emissions are expected to rise, not decrease
Don't Miss it Meeting with Ludwika Ogorzelec, Prize-winning President Lech Kaczyński – three
Up Next United kingdom. The plane destroyed the hospital’s landing platform during take-off. The recording went to the network [WIDEO]