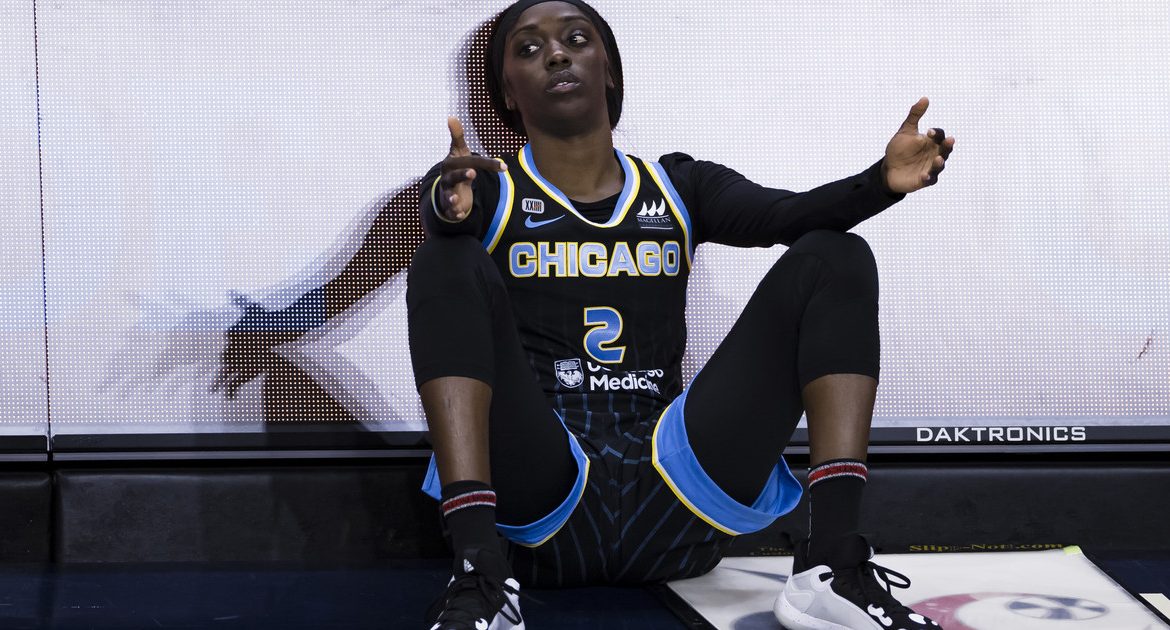 Early in his WNBA career, Copper wasn’t a standout figure. In 2019, she scored less than 7 points on average and was not among the most expensive American players in Europe. Perhaps that is why its services in the 2019/2020 season can bear the costs of the vice-champion of the country from Gorzów Wielkopolski, not even in the Euroleague. This is Copper’s second Polish employer, previously in the 2017/2018 Team Gdynia competition. The stay in Gorzów was better from a sporting point of view, because it ended with the victory of the top scorer (24.3 on average) and a huge advantage. The season was halted by the coronavirus pandemic, and her team ranked third.

But before that happened, Cooper had a hard time, as she was constantly harassed by a resident of Gorzow for several months. The police initially took preventive measures against the 40-year-old stalker, but he did not let him go, so he was eventually detained for 3 months. – It consisted in the fact that this person was coming in sending correspondence. She tried to phone us, and left messages in the car that aroused such justified fear in the victim because of her safety. Procedures show that it took about half a year, a little longer. At the turn of 2019/2020 – Andrej Bogac, Deputy Prosecutor General of Gorzow, explained in Gazeta Luboska.

Copper has not publicly commented on the stalking. In the article published on Undefeated, you can find her memories from the times of the game in Europe, including Poland. Also not very pleasant. – I was coming home from training and a car full of students or pupils passed me, I don’t know exactly. One of the people in this group made the monkey gesture. I thought, “Can I really see it? Is this really happening?” Apart from the curious looks of passersby, she really liked Poland.

No major American basketball player would travel to Europe without the specific organization of women’s basketball. In response to the great NBA tournament, the Women’s WNBA plays in similarly sized halls (in some of the same cities) during the summer period, from May through October. The league and clubs have less income, so women earn less than men. The proportions only raise suspicion, because the difference is enormous even if we take into account that the NBA plays longer than the WNBA. In the NBA, the average earnings in the 2021/2022 season were $7.4 million, Stephen Curry the most (total) – 45.7 million. In the WNBA, the average was just over $120,000, several players earned 221,400 this season. Copper made 165,000.

Europe’s richest clubs are paying more for the “traditional” fall/winter/spring season. UMMK Ekaterinburg once managed to pay star Diana Taurasi $1.5 million in addition to compensating for losses caused by leaving the WNBA season. reason? The Russians wanted her to rest, otherwise she would have played 12 months a year. Some prominent players (and not only) decide to do this and there are strange situations, because fans in Europe are wagging their fingers at the rapid defeats of basketball players in the playoffs in the NBA. They are waiting for their stars, which are usually late. The Euroleague has already started, but the Yekaterinburg club has to deal with an incomplete team at the moment. Courtney Vanderslott and Ali Quigley (Cooper’s teammates), their latest FIBA ​​World Championship contender Britney Greiner, as well as Brianna Stewart and Jonkel Jones, will join in the coming weeks.

In Poland, there were also big names in the past, certainly bigger than copper. In the small halls basketball players’ league for CCC Polkowice, Wisła Kraków and Lotos Gdynia, Vandersloot, Quigley, Tamika Catchings, Tina Charles and Nneka Ogwumike played. The latter three have a WNBA MVP statue in their group. It can be said that in the last decade in terms of the sporting level of foreign guests, EBLK in Poland was second only to PlusLiga men’s volleyball. However, this does not translate to a huge interest among fans. And, of course, it’s not about the kind of interest that the Gorzow inhabitant showed toward copper.

It is doubtful that the 27-year-old will return to Poland. Not only because of unpleasant memories off the field. After a great season and a great tournament, it may be beyond the reach of those who currently have slightly fewer chances than the Polish clubs several seasons ago. Besides, it is unknown if she will decide to play outside the US. In the 2020/2021 season, she was supposed to go to Israel, but in the end, among other things, due to the pandemic, she quit and worked for several months as a coach at Bordeaux Northwest. And he’s likely to spend “off season” there – because that’s what the European season is called from an American WNBA perspective.

Don't Miss it Patrick Jackie: Donald Tusk is a German man and they are doing everything they can to bring him back to power
Up Next Germany. The neo-Nazis want to gather on Saturday at the border with Poland. Annoying call | world News