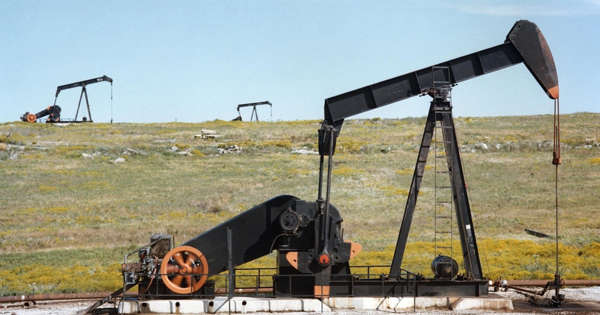 
The final demand from the European Union, the United States of America, Japan and Great Britain for goods and services that have a Russian added value is responsible for about 14 percent. Russia’s GDP, after including Turkey, North Korea and Canada, this share rises to 16%. This means that such a part of Russia’s GDP reaches Western countries directly or indirectly, according to the Polish Economic Institute in the latest issue of Tygodnik Gospodarczy.

The demand of EU countries for value-added goods and services produced in Russia is about 10%. It is the largest in Germany (2.2%), Italy and France (1% each). Poland is responsible for 0.8 percent. Russian GDP. China’s significant share in the creation of Russia’s GDP is due to large oil exports from Russia and the fact that China consumes Russian value-added goods produced not only in China but also in other countries, such as German cars and American machines. In terms of added value, products and services related to energy raw materials themselves, exported from Russia and ending up in the European Union, make up 58 percent. Russian added value delivered from Russia to the European Union. This represents up to one fifth of the total value added exported by Russia.

For the EU, the average percentage of GDP generated by Russia’s final demand for EU value-added goods and services is about 0.7%. This means that sensitivity to retaliation and the difficulties of exporting to Russia will have a limited impact on the EU economy.

Cyprus depends to the greatest extent on the Russian economy, with 5.6 percent of it. The GDP is generated thanks to Russia’s final demand for Cypriot value-added goods and services. This is largely due to investments and financial services – Cyprus has been the European Union’s gateway to Russian capital for years. 80% of the added value of Cyprus that goes to Russia is in the service sectors. This means that Cyprus has largely borne the costs of the sanctions imposed on the Russian banking sector, which is why this country is concerned about these steps. The ban on the export and import of goods should be less alarming. Note, exceed 2 percent. Addiction was also observed in the Baltic states and Bulgaria. Russia, on the other hand, is of little importance in the British and American economies.

The European Union is the largest recipient of Russian goods. In 2020, 33.8% went to the European Union. Russian exports, more than double that of China (15 percent). To Great Britain Another 6.9 percent is exported to Britain. Russian production, while the United States 3.3 percent. Russia has a poorly diversified export structure. In 2021, more than 75 per cent. Exports accounted for only five groups of products: oil, gas, coke, refined petroleum products, metals and chemicals, chemical products, and coal.

If the European Union imposes an import ban on these products, it will reduce Russian exports of goods by 135 billion euros.

Sanctions related to the impact on oil and gas exports will bring the greatest losses to the Russian budget. In 2021, profits from oil and gas exports accounted for 36%. In the Russian budget, and in previous years this share was often higher. As PIE points out, it will be possible to separate the EU from the supply of energy resources from Russia. Sanctions should also affect other lucrative export goods, such as precious and semi-precious metals, steel, iron and fertilizers. At the same time, studies of the interdependence of the economies of Russia and the European Union indicate that the Russian economy will suffer from such sanctions much more than Europe in the event of a possible retaliation.

Don't Miss it Advice for Polish students returning from Ukraine – Ministry of Education and Science
Up Next Zelensky: They gave us the planes. Blinken: If Poland gives the planes, the US will return them to Poland