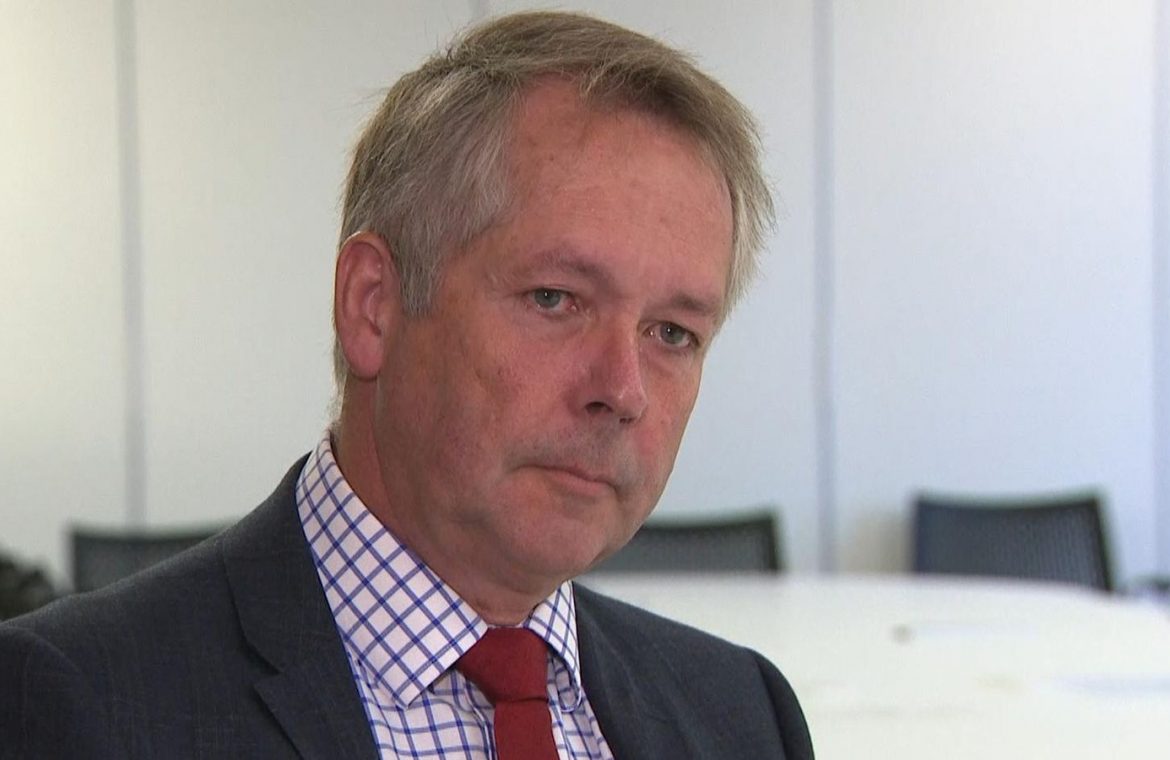 A prominent professor with terminal cancer called for a review of assisted death laws, saying, “I want some control in my last days.”

The 57-year-old, who has never smoked, wrote in the British Medical Journal (BMJ) that his “biggest fear of death is a lack of control.”

He added: “The inability, if everything becomes too much, to finally advance a little, to take some control in my last days.

“I might have a diamorphine pump at the time, and the idea of ​​having an extra vial in the refrigerator for me to use if I need it is appealing.

“ But I know it can’t be prescribed legally for this purpose so it’s not really an option.

“Despite useful conversations with excellent specialists in palliative care, it seems that this last element of choice and self-determination is evading me.”

Professor Cossford said he never wanted to be in favor of changing the law in favor of assisted death.

But he said a prescription to allow him to deliver the end of his life would mean that he and others in a similar situation, “can have more open conversations with our caregivers about how our lives will end.”

“Conversations that include clear and practical options I probably will not address.

“But knowing that these options exist will help me live better now and with less concern about the end of life.”

Professor Cosford said there are risks, such as that assisted death becoming a mere expectation rather than an option, and the potentially devaluation of the lives of people who are critically ill or disabled.


Should we have the right to choose when we die?

“These are real concerns,” he wrote. “Nevertheless, I am sure that taking a close look at other countries’ experiences can help us understand it properly so that we can learn where it works well, identify risks, and agree on how to mitigate them.

“I am convinced it is time to look at this again.

“A review that takes into account changing opinions across the wider community seems appropriate.

“We need to put entrenched positions aside from every aspect of the debate and to look candidly at the problems people face at the end of their lives.”

He said that the fact that rational, law-abiding people travel to Switzerland to end their lives while trying their loved ones at times indicated that the current arrangements were “inhuman”.

Professor Cosford wrote that his cancer, which had been stable for two years, was growing again, adding: “I would probably live another year or two.

His current strategy, he said, is to “keep calm and carry on” and spend time with loved ones.

But he added, “I try very hard not to do that, but I definitely think sometimes how I will die.

“I know that there is a tumor close to the vital structures in my chest, and I have a permanently collapsed lobe in a lung, and there is a metastasis in the liver, upon diagnosis, it may grow again.

“In some ways, I hope it is an infection that takes me, as that could be a faster and more gentle option.

“Perhaps, ironically, COVID-19 or the flu, which I have worked so hard to control over the years as a public health professional, will help me.”