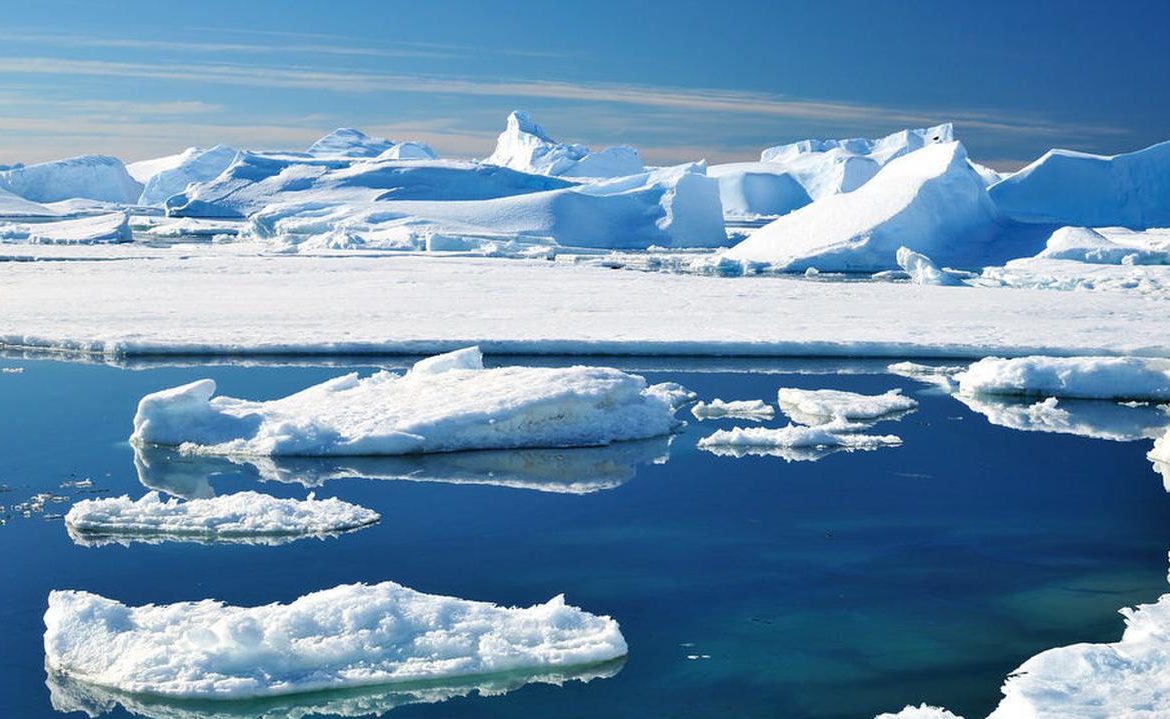 Under the Antarctic ice cap, scientists have discovered a giant reservoir of liquid water. Its depth reaches two kilometers and is located in the western part of the continent. According to researchers, sea water reached this place several thousand years ago. Lead author Chloe Gustafson emphasized that “Hypotheses that these sediments may contain deep layers of water have existed before, but so far no one has studied such structures.” Scientists wonder how the reservoir might contribute to ice movement and climate change.

In recent years, scientists have discovered hundreds of interconnected lakes and rivers hidden within the ice of Antarctica. They also made maps of deep reservoirs with sediments beneath them – under the ice, suspecting that there may also be water systems in these sediments. However, no one has discovered any of them yet.

A team from Columbia University in New York has mapped a powerful system of this type with circulating water in West Antarctica. “Hypotheses that deep water might be hiding in these sediments have been around before, but so far no one has investigated such structures,” said Chloe Gustafson, lead author of a study published in Science on Thursday.

The described water systems are not now found despite decades of research, including the use of radar. Only in one case, with the help of the instrument placed in the helicopter, in 2019, it was possible to detect a tank of several hundred meters under ice 350 meters thick. However, most sediment reservoirs are much deeper and the ice is much thicker. Therefore, wells are also proven to be poor in this type of research.

See also  Carpets in the interior play not only a decorative role - ...

Another technology came to the rescue, they discovered a water tank up to two kilometers deep

A team from Columbia University used a different technique based on measuring the Earth’s magnetic field. Ice, sediment, fresh and salt water, and rocks block the magnetic field with varying intensity. So the method is similar to an MRI (magnetic resonance imaging) technique and allows you to “see” deeply hidden structures. In addition, scientists used the analysis of the propagation of seismic waves.

They conducted their research in an area of ​​more than 100 km from the Whillans Glacier that feeds the great Ross Shelf glacier, known for example. From the subglacial lake and sediment accumulated under it. Previous wells showed the presence of water and microorganisms in the shallow layers of these sediments, but it was not known what was deeper.

Meanwhile, the authors of the new work have discovered layers of glacial sediment, located between ice and solid rock, from 500 meters deep to two kilometers deep. They also confirmed that it contains water to the bottom. Scientists estimated that the groundwater from the study area would form a lake with a depth of 220-820 meters.

At the same time it turns out that the salinity of the water increases with depth. Perhaps this is because sediments formed long ago in the marine environment.

Sea water got there thousands of years ago

According to researchers, sea water reached this place about five or seven thousand years ago. On the other hand, when a glacier occupied the area, fresh water displaced salt water from above. The influx of this fresh water into the sediment can also prevent its accumulation at the base of the glacier, which in turn slows down its movement.

Moreover, measurements made at the interface between a land glacier and a floating glacier indicate that the water here is slightly less saline than sea water. This indicates that the icy water that flows into the sediment travels all the way to the sea, making room for more water and keeping the system stable.

However, scientists believe that if the surface of the ice becomes thinner, which can happen due to climate change, the movement of water in the sediments may be reversed. Water will begin to accumulate in larger quantities just under the ice, and this will reduce friction and accelerate the movement of the glacier (the ice here is already moving towards the sea at a speed of one meter per day).

On the other hand, if water moves from the deeper layers upward, it will carry geothermal energy and heat the ice. This will increase the speed of its base melting and increase its speed. Note that these are just theories at the moment. It is not known if and to what extent this will happen. In the end, we do not have good data on the permeability of sediments and how quickly water passes through them. Dr. Gustafson explained that we do not know whether the described phenomenon will lead to a cascade of no return, or whether groundwater is of secondary importance to the movement of the glacier.

The importance of climate

The presence of previously detected microbes in the shallow sediment layers raises further questions. Scientists believe that the existing system and similar systems are likely to be inhabited by life to the bottom. If the water flows in the opposite direction to it, it will release all the carbon stored by the microbes. This means that Antarctica, hitherto ignored, could also become a carbon source. However, in this case also, it is not known to what extent this effect will be significant.

See also  Post-secondary schools for nurses back? An unequivocal answer from the Ministry of Health

The scientists also concluded that “confirmation of the existence of dynamic and deeply hidden aquatic systems has changed our understanding of ice stream behavior and will force us to alter underwater water models.”

Don't Miss it Will Łukasz Fabiański return to Poland? Resolute statement to the journalist – English Premier League – Sport Wprost
Up Next Harry and Meghan will be at the Queen’s Jubilee, which will look good in a Netflix documentary